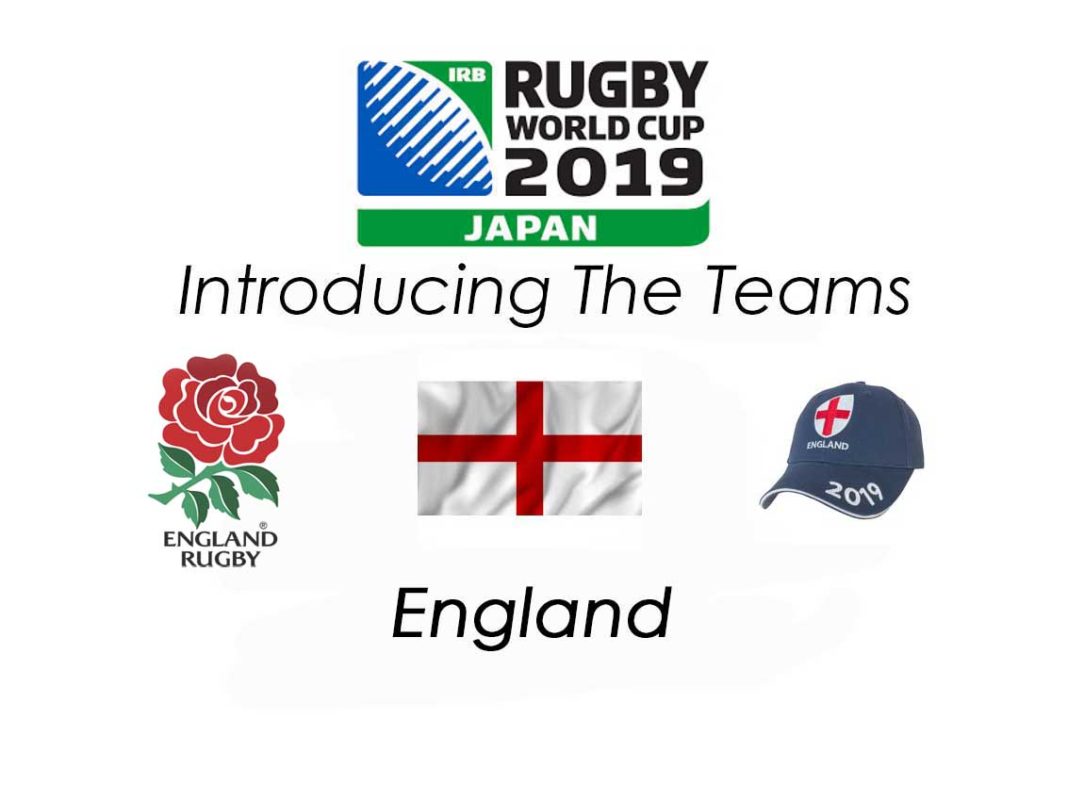 England should be the world No.1 ranked side, always.

The English will also tell you that they invented the game of rugby. Their rugby union is not known as the England Rugby Football Union, they dispense with the “England” and simply call themselves the Rugby Football Union. Afterall, they are Rugby, are they not?

So why are they not the Number One team in the world?

Everything counts in favour of England dominating the sort of rugby, now and forever.

One wonders why they struggle to beat their closest neighbours, Ireland and Wales when they seem to have so much going for them.

In 2019 their challenge for the Rugby World Cup is headed by a somewhat irascible Australian, Eddie Jones. He was brought in with the specific task of winning the World Cup for England. Nothing else matters.

Their preparation for RWC 2019 has not been ideal. There was a serious loss of form that started in February 2018, continued through the mid-year tour to South Africa, and was only vaguely better in the November Test season, where they managed to beat an end-of-long-year-tired South Africa 12-11 after a shocking no-arms high-tackle by Owen Farrell was allowed to go unpunished late in the game, where a penalty would have given the game to South Africa. The next weekend they lost to a listless and equally tired New Zealand, A week later they again won a game, thanks in part to some more illegal play by the same Owen Farrell as he took out a try-line bound Izack Rodda without bothering to use his arms. Owen Farrell was an extremely lucky man to survive two clearly illegal acts in just three games, either of those tackles would have earned a yellow card in 2019. (Not that his tackle on Rodda would have made the slightest difference to England’s win over Australia. The Wallabies were simply abysmal on that day.)

England were a little better in the 2019 Six Nations, winning 3 of their 5 games, drawing 1 and losing 1.

None of their recent results have suggested that England are returning to the imperious form they showed early in Eddie Jones’ reign as coach.

Their recent warm-up games against Wales suggest a team that is being rather mechanical and predictable in style, although one cannot read much into such warm-up fixtures. No team wants to reveal its hand while experimenting and polishing the gears for the Rugby World Cup.

England do have a very comfortable draw for this World Cup. Their first two games are against Tonga and the USA, which should afford them plenty of opportunity to fine-tune and settle before they meet Argentina and then France in their last two pool games. Both the latter are in questionable form, at best.

The draw certainly favours England. If everything goes their way, they will avoid the power houses of New Zealand, South Africa and Ireland until the semi-finals. They are likely to face Wales in the quarterfinals.

Oddschecker suggest that the bookies of the world consider England to be one of the favourites for a World Cup title, they are offering odds of between 9/2 and 5/1 on an England victory, making England the third favourite team for a title, behind New Zealand and South Africa, but ahead of both Wales and Ireland.

England qualified automatically for the 2019 tournament.

Eddie Jones is one of those publicity minded coaches who has taken coaching out of the backroom shadows and into the  spotlight of the sporting world’s stages and social media pages. The 59-year old Australian loves the limelight and cannot resist a microphone and a request for a soundbite.  At least, he loves the limelight when things are going his way. He can be remarkably cantankerous and testy when things are not going swimmingly.

Jones played as a hooker for Sydney club Randwick and New South Wales and began coaching Randwick in 1994. He continued his career in Japan between 1995 and 1997 for Tokai University, as an assistant coach with the Japanese national side and for Suntory Sungoliath. In 1998 he returned to Australia, taking charge of Brumbies in Super Rugby and also coached theReds in the 2007 Super Rugby season. In 2008, he had a brief spell at Saracens in England’s Premiership Rugby, before returning to Japan and Suntory Sungoliath for a second spell which culminated in winning the 2011–12 Top League championship.

Eddie Jones has been the head coach of the England team since 2015.

His international coaching record with Australia saw 57 games in charge, 33 wins, 1 draw and 23 losses for a 58% win ratio. However, he was measured by his win ratio against the bigger teams, which was not quite as good. 29% against England, 45% against new Zealand, 33% against South Africa, and 50% against France.

As coach of Japan, he achieved a remarkable 71% win ratio, with 48 Tests payed and 34 victories, albeit against mostly Tier 2 teams, he did manage the remarkable achievement of outthinking and outplaying the Springboks in 2015.

His record with England is equally good, a 78% win ratio with 40 Tests played, 31 victories, 1 draw and 8 losses. During his time in charge England have scored 1203 points and conceded 725.

Eddie Jones was awarded the World Rugby Coach of the Year award in 2017.

England have not been great at creating quick ball from the breakdowns. Their game plan has often been to hammer the ball up through some big-carrying forwards, the likes of Billy Vunipola, supported by his brother Mako, Kyle Sinckler, George Kruis and Joe Launchbury.

These big fellows will crash the ball up all day, but the problem is that recycling the ball to exploit cracks in the defence has often been too slow.

Another issue that might need attention is the disciplines of the likes of Maro Itoje, who seems to push the outside of the envelope of what is legal and what is not out on the field. He might not find the World Cup referees quite as forgiving as some of the Premier League referees he has had watching him. He is not alone, and England have a penchant for coughing up penalties at the wrong moments.

England are in Group C alongside France, Argentina, USA, and Tonga.

Based on form, with all three the major contenders in Pool C being slightly off-form, England seem to be the better of the bunch. `They should dispose of Tonga and the USA without any bother, and then face Argentina, followed by France, both of whom could win on the day, but are not looking good at this stage of the game. England could well finish the pool stages unbeaten.

That gives them a niggly quarterfinal against Wales before they have to meet one of the heavyweights in the semis.

England may well progress to the semis, but I feel they will be found wanting in the final four.