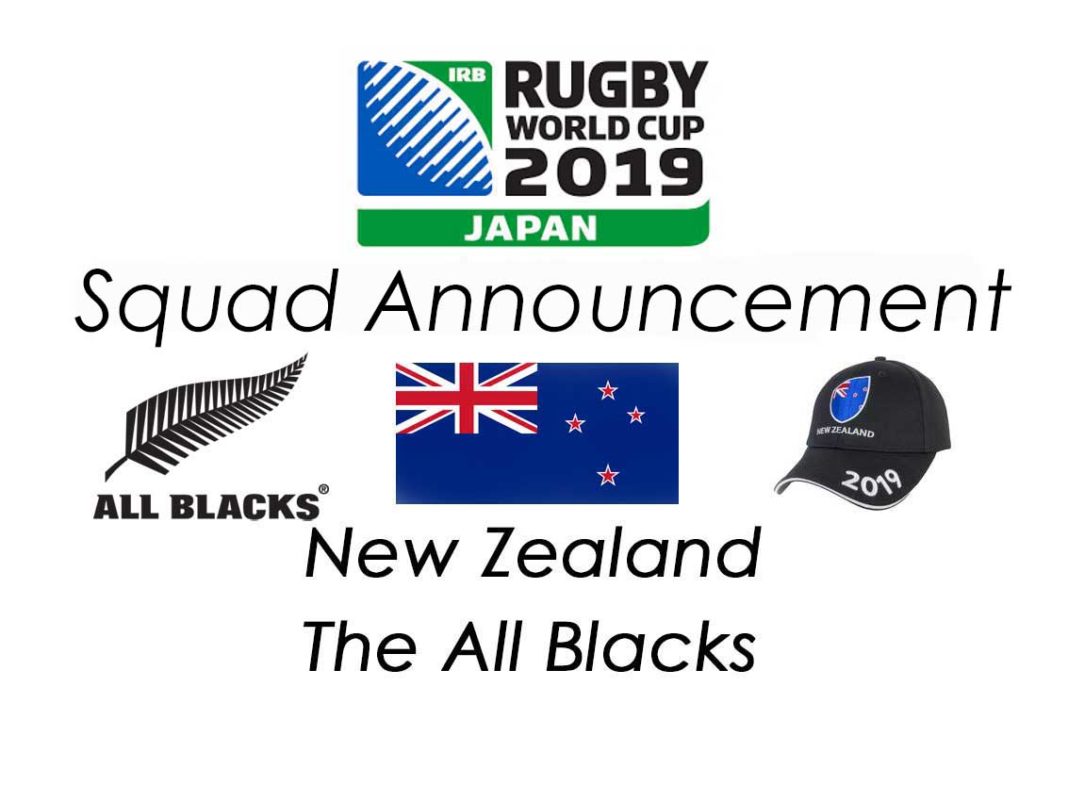 There are a couple of surprises in the squad.

Not wholly unexpected is the exclusion of veteran prop Owen Franks, but the exclusion of midfielder Ngani Laumape is something of a surprise. Hansen has decided to go with Sonny Bill Williams and Ryan Crotty as his preferred inside centre option, banking on Crotty’s return to fitness before the tournament kicks off in three weeks time.

Another surprise is the inclusion of Reiko Ioane, who just two weeks ago seemed to have been sent home to rethink his career.

Liam Squire, although he has indicated his availability, has not been selected.

The overall squad as has plenty of international experience, with 1,195 Test caps between them. The squad seems balanced, with some very experienced campaigners set off with a number of newer All Blacks.

Kieran Read is the most capped player with 121 Test caps, while loose forward Luke Jacobson is the newest All Black with one Test cap.

After taking a ribbing from the Aussie press about the age of the squad, it is interesting to note that the squad has an average age of 27.

Liam Coltman and Angus Ta’avao are the 29-year olds. There are a couple of 28-year olds too.

They are counterbalanced by a host of 24-year olds, and then there are the team’s youngsters Jordie Barrett, Reiko Ioane, Sevu Reece and Luke Jacobson, who are all 22 years of age.

The squad features 11 players from the Crusaders franchise, 8 Chiefs, 5 Blues, 4 Hurricanes, and 3 Highlanders.

The All Blacks will be captained by Kieran Read, who will be taking part in his third Rugby World Cup, together with lock Samuel Whitelock and centre Williams. Nine players will be going to their second tournament, while 19 are going to their first.