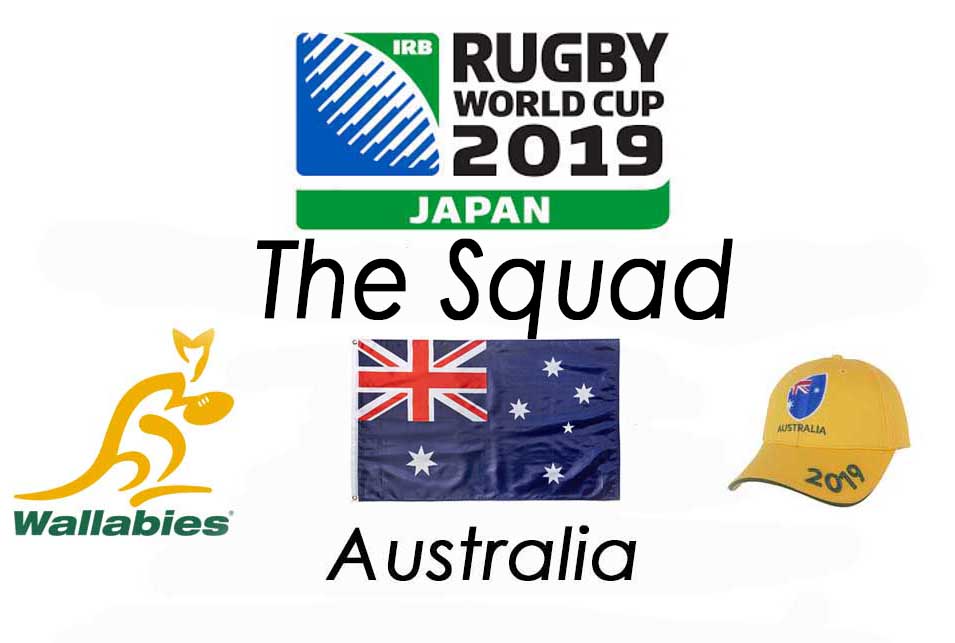 Michael Cheika has announced the 31-man Wallaby squad for the 2019 Rugby World Cup.

The announcement by Cheika contained a couple of surprises, some of which seem to represent something of a gamble as the squad contains 17 forwards and 14 backs with a combined total of 1406 test caps between them, yet still featuresno less than 18 World Cup rookies,

Interesting too is decision to include just two recognised halfbacks while naming the unproven teenager Jordan Petaia.

The 19-year-old is set to become the youngest Australian ever to play at the World Cup, and has been selected despite playing less than 100 minutes of Super Rugby in 2019. He has never worn the Wallaby jersey before.

Michael Hooper will captain a squad that includes David Pocock, who has not played much rugby at all in 2019.

Instead of a third halfback, the squad features three hookers – Tolu Latu, Folau Fainga’a and Jordan Uelese, which might suggest that Cheika is still not sure of his starting hooker, yet the most experienced hooker available to him, Tatafu Polota-Mau, has been left out of the squad .

The veteran 35-year old Adam Ashley-Cooper has only played 189 minutes of test rugby since 2016 but he is about to participate in a fourth Rugby World Cup.

Another veteran, Will Genia, who will add to his 104 Test caps although Nic White is probably favoured as the starting 9 at the moment.

There are few surprises amongst forwards as Cheika stuck with the majority of the pack that played the Rugby Championship.

Rory Arnold, Izack Rodda, Adam Coleman and Rob Simmons were predictable selections at lock, especially after discussions about the possible call-up of Will Skelton faltered.

The inclusion of David Pocock was expected, although the wisdom of playing a man who has had no rugby for months and has proven to be seriously injury prone raises some eyebrows. For some reason Pete Samu is ignored.

Isi Naisarani will likely be the Wallabies’ starting No.8. Jack Dempsey also provides a rotation option amongst the loose forwards, while Lukhan Salakaia-Loto might be a little lucky to get a ticket to Japan after a somewhat underwhelming Rugby Championships.

James O’Connor’s return to the Wallabies continues after he was named in the squad amongst a bunch of midfielders that include Samu Kerevi, Matt Toomua, Jordan Petaia and Adam Ashley-Cooper.

Marika Koribete is the only specialist wing in the squad which tells us that either Reece Hodge or Dane Haylett-Petty will play on the other wing, with Kurtley Beale at fullback.