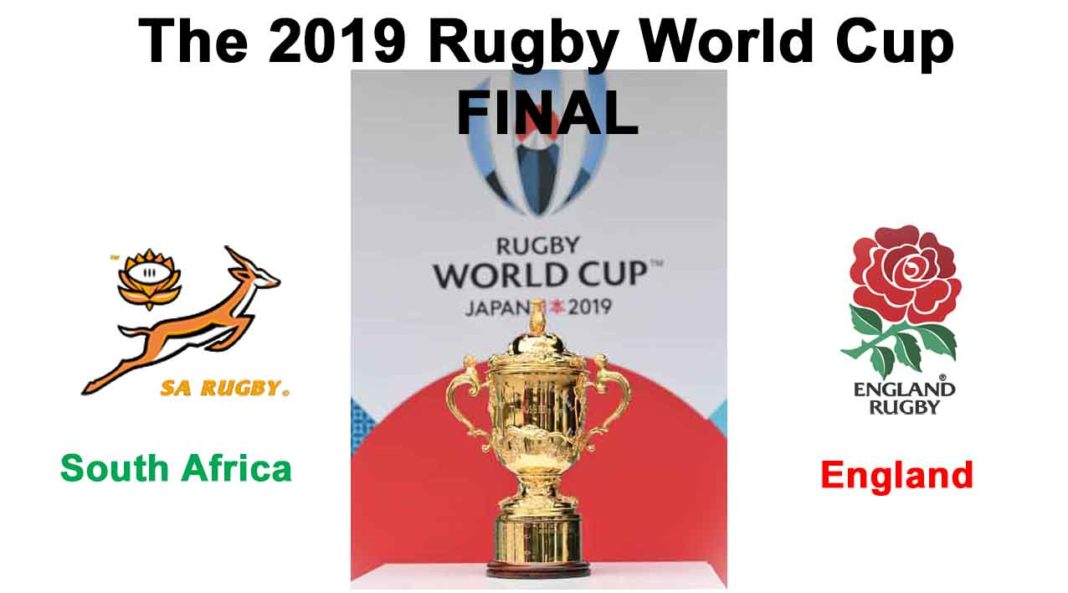 Two years ago Springbok fans were in the depts of the worst depression ever suffered by a sports fan living down at the southern end of Africa.

The Springboks, under Allister Coetzee’s tutelage, had dropped further down the World Rugby rankings than ever since the system of ranking was invented. During his two years in charge of the national team, the South Africans had played 25 Tests, and lost 12, drawn 2, and won just 11 games. Coetzee had a 44% winning percentage, which was as bad as it could get for the Springboks.

Worse than that, the Springboks had lost their aura – the fear and respect that they had earned over decades of rugby had been dissipated like a morning mist before the sun.

The run of poor results included their first ever loss to Argentina, their second ever loss to Wales, and then their third too, and then, woe of woes, a loss to Italy. During this miserable period the Springboks managed to score 571 points, but conceded 625.

It was the worst of times.

If 2016 was horrible, 2017 was worse, if you were a supporter of the Springboks. In 2017 the Springboks suffered their largest defeat in their 111 year history, losing to the All Blacks in Albany 57–0, surpassing the previous worst defeat against England 53–3 in 2002.

At the end of that miserable 2017 there were many fans who stated publicly that they were “done with the Springboks, and rugby generally” and that they were going to watch a gardening programme on an alternative channel wherever a Springbok test was being broadcast. The rugby media was vocal in calling for change, and the fans were deserting the game in their droves.

The governing body of rugby in South Africa, SARU, finally shook the wax from their collective ears and heard the wails and groans of the public.

They had to do something!

In an unprecedented step, in February 2018, just 19 months out from the 2019 Rugby World Cup, they fired Allister Coetzee.

On the 1st of March 2018 Rassie Erasmus, SARU’s Director of Rugby, was handed the job that many consider the poison chalice of the rugby world, he  was appointed to coach of the Springboks through until after the 2019 Rugby World Cup.

I sketch this brief bit of history as we look forward to the 2019 Rugby World Cup Final.

18 months ago, when Rassie Erasmus took over the job of coaching the Springboks, you would not have found anyone who was prepared to place a bet on the Springboks getting through to the Finals of the Rugby World Cup! The quarterfinal maybe, but not beyond that!

The very fact that the Springboks are playing in the Rugby World Cup is a remarkable achievement. Rassie Erasmus has achieved something akin to climbing Mount Everest barefooted and in shorts.

What Erasmus did was to take a look at the rugby playing stocks available to him, assess the quality and quantity of what was available, experiment  a bit, and then negotiate with his employers for permission to “import” some South African players from outside the country’s borders, and then he set about building a team.

This could not have been easy, and it certainly was not a job for the faint-hearted.

The very first thing that had to be done was to create a new team spirit, that esprit de corps that is critical in any team, in any environment, sports or otherwise. Erasmus had to get the players to coalesce into a unit that presented a united front against all-comers. He had to build a team where the members of the squad played for each other and, importantly, believed in each other. He had to rebuild pride in the flag and the jersey . He had to reinvent the Springbok!

The second task was to develop a game plan that suited the rugby playing stocks available to home.

Whatever he would like to do, his aspirations must be modified by the ingredients he has in his cupboard.

Rassie Erasmus quickly realised that he had the ingredients to build a team that plays around kicking halfbacks, hard chasing wingers, a rock solid scrum and a really efficient lineout.

And that is the team he has produced.

Ruthlessly efficient in the way they play the game. It might be ugly, it might even be boring to those not tuned into the subtleties of power rugby. But it was winning rugby.

It is effective rugby.

In a short period of just 18 months Rassie Erasmus has turned around the fortunes of the Springboks.A change in fortunes that has been in tandem with momentum that has seen the Springboks lose only once in 11 Tests in 2019. The No-Hopers of 18 months ago have climbed back into the top two of the World Rugby rankings for the first time since August 2015.

And on Saturday 2nd November they will be facing England in the 2019 Rugby World Cup Final! Who would have dreamed that?

England have had four years to prepare for this Rugby World Cup, with all the facilities and support infrastructure that money can buy. They imported Eddie Jones to take over as head coach, stealing him away from the Stormers in South Africa before he even had a chance to unpack his suitcases in his new apartment. They imported assistant coaches, advisors, technical assistants, analysists, nutritionists, biokinetisists, psychologists, doctors and scientists, vision specialists, strength trainers, flexibility trainers, defence specialists and anyone else that Eddie Jones thought might give them an edge at the 2019 Rugby World Cup.

Never in the history of the game has a team been prepared with the single minded purpose of winning just this one tournament.

England want the Rugby World Cup, and they want it badly!

Saturday 2nd November is the day on which all the preparations are over.

Two teams will face off, one riding on the hopes of a country in need of some good news and playing for each other and their coach, and the other playing with focussed determination and the single minded purpose of winning this trophy.

Fit-again wing Cheslin Kolbe returns to the Springbok team as the only change to the matchday 23 for Saturday’s Rugby World Cup Final against England in Yokohama.

He regains the right wing berth from stand-in Sbu Nkosi in the only change to the team that edged their way to a 19-16 victory over Wales in Sunday’s semi-final.

Siya Kolisi will lead the team out for the 20th time as he becomes the eighth player in the 23 to have won 50 caps.

Coach Rassie Erasmus named the now familiar six-two split on the bench to field a settled line-up, 22 of whom will be appearing together for the fourth time in the tournament.

This line-up first played together in the knockout-clinching, 49-3, win over Italy a month ago and was retained for the quarter-final, semi-final and now final.

Kolisi has the opportunity to follow in footsteps of Francois Pienaar and John Smit by becoming the third Springbok captain to lift the Webb Ellis Cup.

It would be achieved on the occasion of his 50th cap: Pienaar did it on his 21st appearance and Smit on his 74th.

Eddie Jones has named an unchanged starting line-up to take on South Africa in the Rugby World Cup Final in Yokohama on Saturday.

The starters have a total of 731 caps between them for the final.

Ben Spencer is named as a replacement and is in line to play his first game in the Rugby World Cup having replaced injured Willi Heinz earlier this week.

This game has been analysed and discussed, dissected and merged, kneaded and then pulled apart again. Boiled, stir-fried, griddled, flambéed, and baked. Every pundit in the world has had his or her say. Every rugby writer has an opinion, every fan has his fears and thoughts. I am sure you have read most of them and that I can add very little to what you already know.

I have thought long and hard about what to say about this game.

Do I discuss the man that some see as the weak link in the Springbok team, Willie le Roux, with an unwavering magnifying glass focussed on his supposed frailty under the high ball? Do I rather talk about his value as the manager of the last line of defence and his guiding hand on the tiller that drives the back three?

Do I talk about the perceived weakness that the Springboks are supposed to have in the wider channels? A theory perhaps debunked by the fact that they have conceded just four tries all through the Rugby World Cup so far?

Do I talk about the single-minded kicking game plan that South Africa used in their quarter and semifinals?

Do I talk about the power of the Springbok forwards and whether they will be matched by England’s massive forward unit? Do I suggest that the belief that South Africa has a monstrously large pack of forwards is actually a bit of a myth? Last weekend they were, collectively, 60kg lighter than the Wales pack! Yet there can be no doubt about the powerful muscularity and purposeful intent of the Springbok forwards, that mongrel which gives the impression of superior size?

Do I talk about South Africa’s defensive systems, which focus on smashing back teams behind the so-called gain line?

Do I talk about the two benches and the impact that the Springbok Bomb Squad has on games?

We know that there are two vastly different sets of looseforwards going into this game? Different skill-sets, different strengths, different jobs to do?

My dilemma is that this is a Final, and Finals rugby is vastly different to any other kind of rugby you will ever watch, anywhere.

Yes, we know England had a stunning game plan and superb execution in their semifinal against the All Blacks. Will they repeat that level of intensity and focus?

We also know that South Africa edged Wales in a chess game of kick and kick, waiting for someone to blink. Will South Africa kick into a different gear for this one?

We know that Faf de Klerk will kick the ball – we also know that Maro Itje will put enormous pressure on Faf’s kicks. We know that Handre Pollard will kick balls he would rather run with.

We know that Elliot Daly will kick left and Owen Farrell will kick right. We know England favour grubber kicks.

Do we talk about England being the favourites and that the odds seem stacked in their favour?

Or do we talk about South Africa having self-belief and a hugely competitive spirit and mongrel that is hard to measure in numbers or stats?

And in any dogfight, the odds are even as to who will win it!

What we do know is that it will be a war of attrition, of nerves, and concentration.

This game will be won by the team that makes the least number of errors.

And that is about the only thought that I can really share with you.

In what is likely to be the last time I predict the outcome of a game of rugby in an article such as this, I have to go with my heart and say that I think the Springboks are going to win the trophy. It will be close, it will be tense, and it will be monumentally tough, but in the end the Springboks will win by around 6 points.