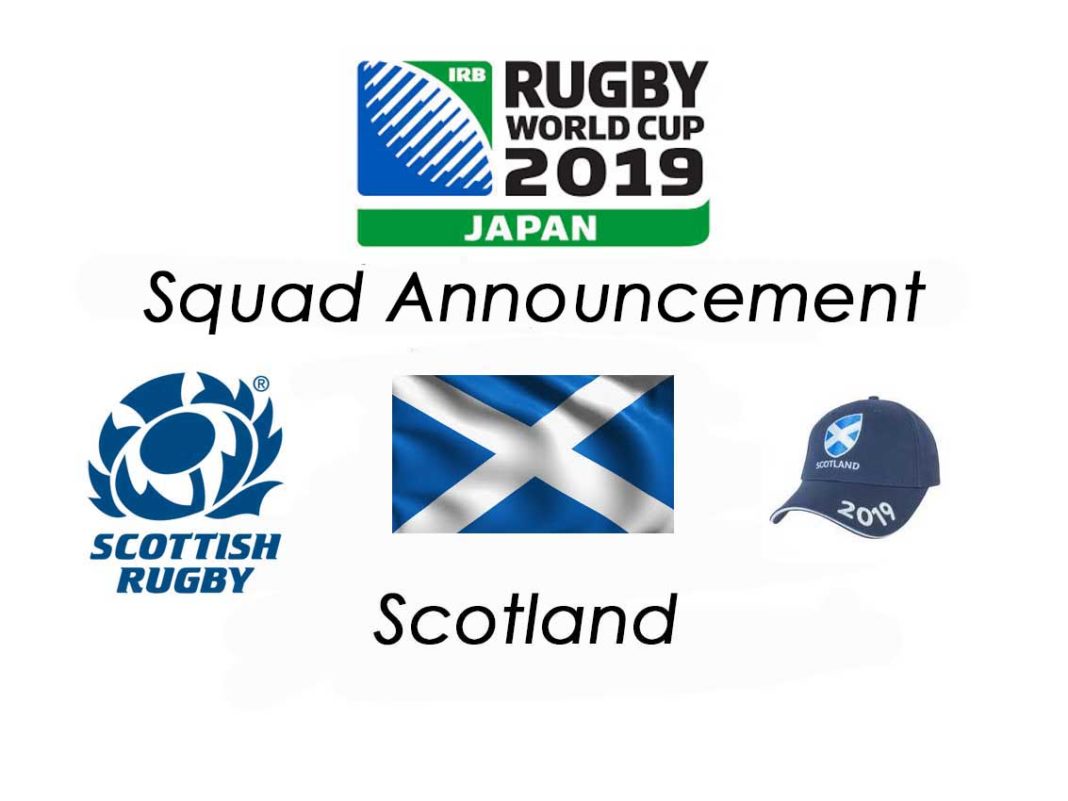 Coach Gregor Townsend on Tuesday named his 31-man squad for the Rugby World Cup in Japan.

The absence of star midfielder Huw Jones and loose forward Josh Strauss, both players with strong South African links, are among the selection shocks.

Stuart McInally will captain a Scotland squad packed with experience – supported by John Barclay and Greig Laidlaw, who have both captained Scotland before.

Thirteen of the group have previous World Cup experience, with Edinburgh back row John Barclay the only player preparing for a third campaign having appeared in both 2007 and 2011).

The others are Glasgow’s Fraser Brown, Jonny Gray, Pete Horne, Tommy Seymour and Ryan Wilson, Edinburgh’s Grant Gilchrist and Willem Nel, plus Greig Laidlaw from Clermont Auvergne, Sean Maitland of Saracens, Stuart Hogg  who plays for Exeter Chiefs, Finn Russell from Racing 92 and Gordon Reid of the Ayrshire Bulls, who all featured in 2015.

Barclay is also the most-capped member of the squad with 74 of the group’s total of 902 appearances combined, with Scarlets back row Blade Thomson operating at the other end of the spectrum, with just one Test cap.

Glasgow Warriors contribute the most players (12) to the squad, with Edinburgh close behind with 10, eight coming from exile clubs and Reid representing the Super Six side, whose tournament begins in November this year.

Wing Darcy Graham is the youngest member of the squad having turned 22 in June, although there are three other 22-year-olds in the squad –Scott Cummings and Adam Hastings, and Blair Kinghorn – while Laidlaw is the oldest at 33 years and 326 days (with Nel also 33). The squad has an average age of 27.

Joining Pete Horne as the squad’s centre options are Sam Johnson and exiles Chris Harris and Duncan Taylor, with scrum-halves George Horne and Ali Price completing the back division.