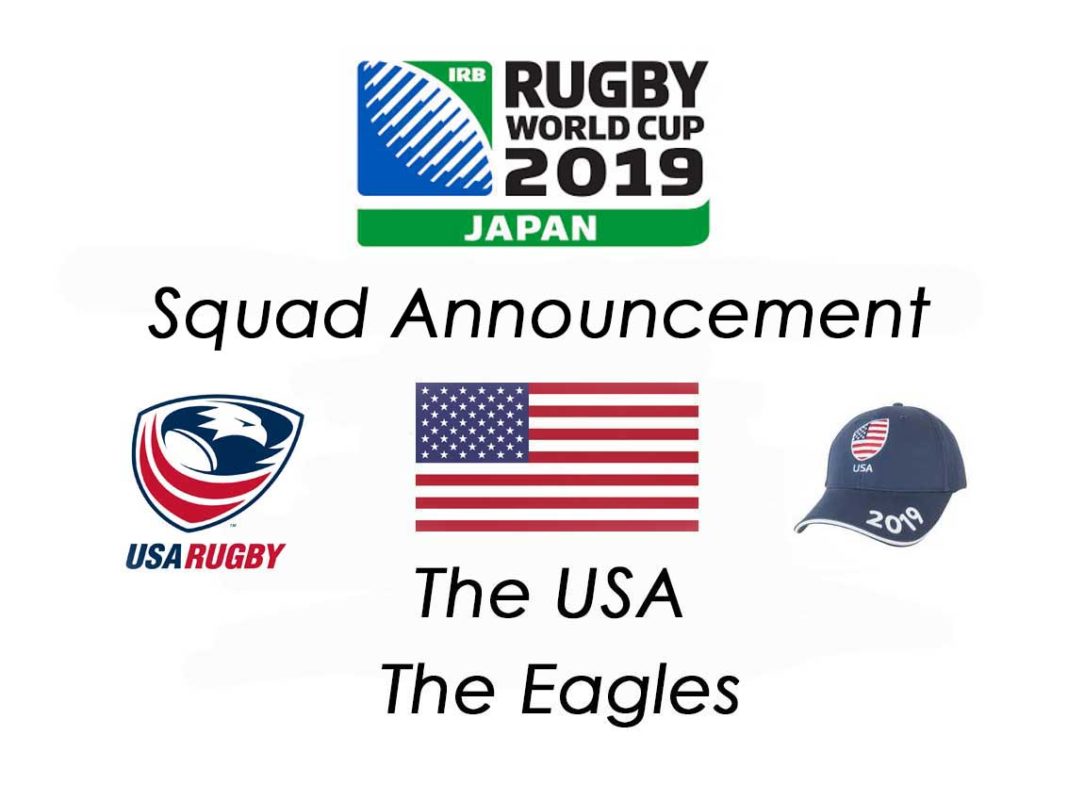 US Eagles head coach Gary Gold has finally announced his 31-man squad for the Rugby World Cup, missing World Rugby’s deadline for submission of the list by three days. They are the last of the 20 participants to announce their squad.

A number of the squad have experience of playing at this level, while – captain and winger Blaine Scully, prop Eric Fry and centre Thretton Palamo – are going to their third Rugby World Cup tournament.

Pinkelman is the least experienced member of the squad with just the two caps to his name, while the most-capped player is Scully, who made his 50th test appearance for the Eagles in Saturday’s narrow 20-15 win over Canada.

The Eagles will play England, France, Argentina and Tonga in Pool C.