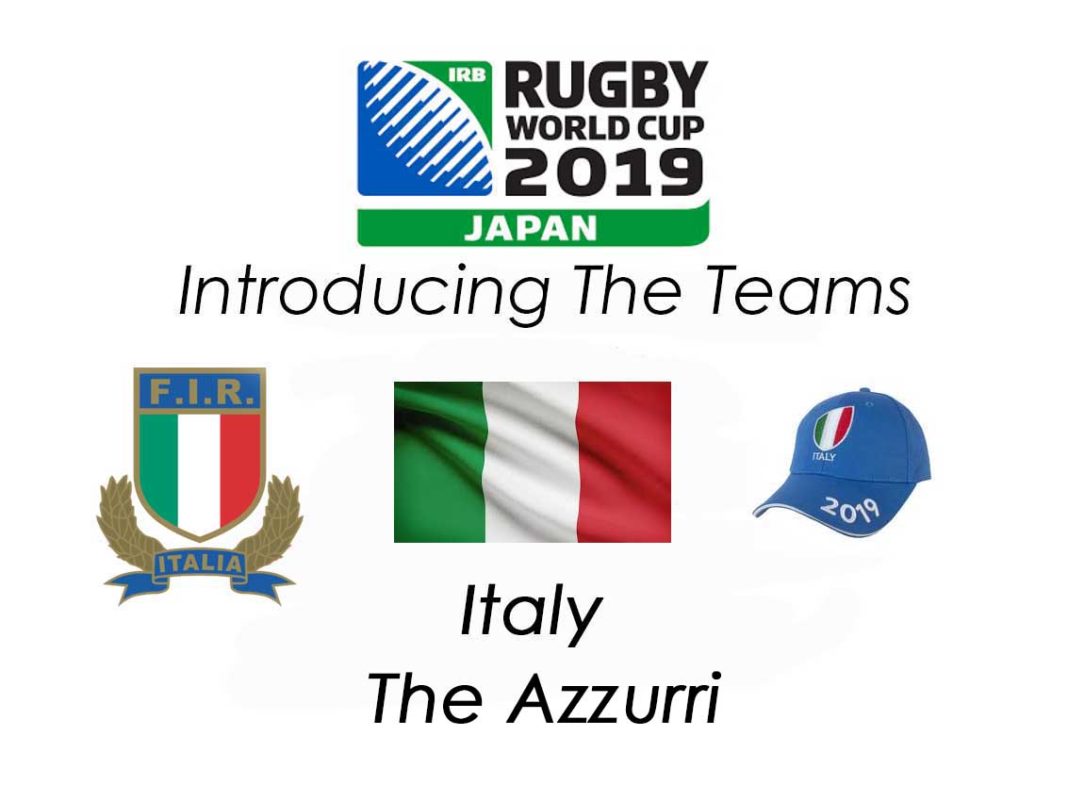 Known to their supporters as the Azzurri, Italy do not go to Japan inspiring much confidence. Their results since the 2015 Rugby World Cup have been abysmal, with a record of 5 wins and 14 defeats (excluding the results of current warm-up games).

They did manage a win over a truly woeful South Africa during the misbegotten reign of Allister Coetzee, but that was perhaps the only highlight in a miserable run of results.

Results in the Six Nations confirm the challenge facing Italy, as they have lost every game of the last four tournaments including their three years under Conor O’Shea.

They face a massive job with both South Africa and New Zealand in their Pool at RWC 2019.

On the positive side, Italy have shown a greater focus on developing their younger players and building a foundation for the future of Italian rugby. This 2019 tournament is simply another of the building blocks as they look beyond to 2023.

Depending on the bookmaker, Oddschecker tell us that odds on an Italian Rugby World Cup title range between 500/1 and 1000/1.

Italy were one of the 12 automatic qualifiers for the 2019 tournament.

No 8 Sergio Parisse is their long-term talisman but, at 35, there’s not much juice left in the tank. He has a couple of other veterans, Leonardo Ghiraldini and Alessandro Zanni, who are also likely to retire from the game after this World Cup.  There are, however, some emerging stars amongst the youngsters with fullback Matteo Minozzi as good as any. Young flankers Jake Polledri and Sebastian Negri are also worth keeping an eye on.

Tommaso Allan, Tommaso Benvenuti are known factors amongst the backs

The 48-year old Conor O’Shea played fullback for most of his playing career, representing Ireland 35 times, while spending most of playing career with just one club, the London Irish, whom he represented 127 times.

He coached the London Irish from 2001 to 2005 when he moved to take up a fulltime position as Director of Regional Academies with the Rugby Football Union. In 2008 he left the RFU to take up a position as National Director of the English Institute of Sport with a focus on the 2012 London Olympics. However, in December 2009 he joined Harlequins as their Director of Rugby, taking over from Dean Richards.

He left Quins in 2016 to take up the coaching job with the Italian national team.

Under O’Shea, Italy has struggled to achieve any great heights, playing 32 Tests, winning just 6 and losing 26 for an 18.75% winning ratio. However one of those wins was the prized scalp of the Springboks!

Italy have something of a penchant for coughing up possession, both at the breakdown and in the tackle. They have thus been forced to play plenty of defensive rugby, often leading to player fatigue as they spend the afternoon tackling.

A second issue has been the inability to finish promising movements, squandering scoring opportunities at the drop of a hat.

We also believe Italy are scheduled to play warm-up matches against Russia and France but this is yet to be confirmed.

Italy are in Group B with New Zealand, South Africa, Namibia and Canada.

Italy will be looking for wins over Namibia and Canada. That is about it for the Azzurri.