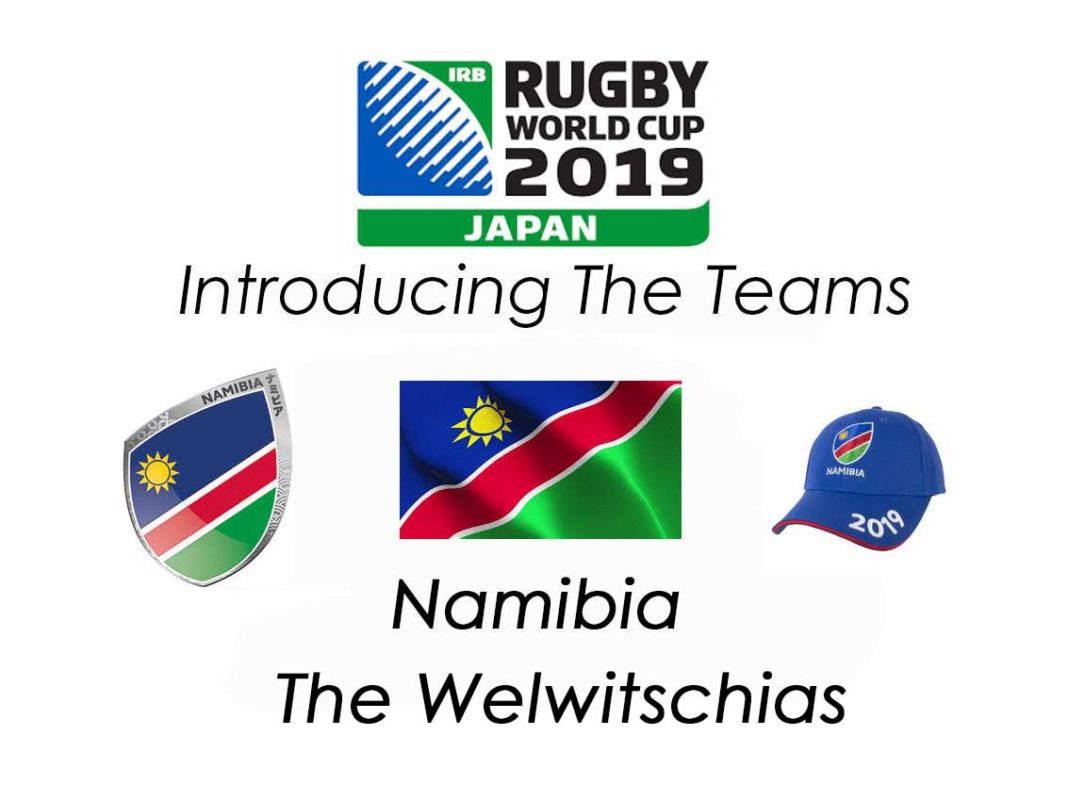 Namibia are the second African team to qualify for the 2019 Rugby World Cup, alongside near-neighbours South Africa. The two countries share much more than a common boundary – their histories are inextricably interlinked, be it politically, socially, culturally, by language or in a sporting context.

Namibia is a small country spread over a vast area of the African continent – small in population numbers, small in infrastructure, small in economic terms, and small in terms of opportunities for the youngsters of the country.

Accordingly, many young Namibians are educated in South Africa, and often migrate to South Africa after school for tertiary or adult education, for work opportunities, lifestyle, amongst a host of other reasons.

Invariably, most of the country’s talented sportsmen and woman look to South Africa if they are considering a career in professional sports, and many go south, and frequently do very well in their neighbour’s sports world.

Sadly, this drains some of the talent available for selection by Namibia as many of those youngsters look to becoming citizens of South Africa, and end up representing their adoptive country in various sports. Rugby has had its share of Namibian-born players that earned Springbok colours, including a couple of Springbok legends. Percy Montgomery, the graceful fullback with the two-step goal kicking run-up, was born in South-West Africa. The late Jan Ellis, a magnificent and fiery Springbok flanker of the 1960s and 70s known for running at great pace with the ball held in one huge hand, the other used to brush off aspirant tacklers with disdain, was raised there and played most of his representative rugby in Namibia.

The sheer size of the country, 825 615km2, coupled to the relatively small population of just 2,6 million means that people are thinly spread across the country, with only one real city, the capital Windhoek, where most of the club rugby is played. The out-lying regions do contribute, but the lack of resources and facilities are a serious hinderance.

(Consider this: New Zealand, with a land area of 268,021 km2houses some 5 million people, almost double that of Namibia, in a slightly more than a quarter of the land space of Namibia.

Namibia is truly one of the small ones that punch well above their weight division in so many things, including rugby.

I must add that I am wholly biased in favour of Namibia – I spent four wonderful years of my life living, working, and coaching rugby in that country, and it owns a piece of my heart, forever. I also have family who live in Namibia.

In preparation for Japan 2019, Namibia appeared at World Rugby Nations Cup 2019 in Uruguay earlier this month where they beat the hosts but lost to Russia and the Argentina XV.

The Namibian team are always fiercely competitive, despite their lack of depth and limited resources. They go to the World Cup with no plans other than to make life extremely difficult for whomsoever they play against.

Oddschecker are quoting odds of between 5000/1 and 7000/1 against Namibia winning the World Cup.

Namibia qualified for the 2019 World Cup by winning the Rugby Africa Gold Cup this year.

With Jacques Burger finally retired from the game, there are no truly household names in the squad. Sharks centre Johan Deysel is captain of the side, while others that may be recognised include the burly Renaldo Bothma, Rohan Kitshoff, Cheetahs captain and hooker Torsten van Jaarsveld, Janco Venter, and Chrysander Botha.

The 55-year old Phil Davies earned 46 caps for Wales as a lock forward before he retired from the game at the end of 1995. He turned to coaching immediately after retirement, starting with the Leeds Tykes in 1996, and staying with the club for 10 years, leaving in 2006 to take up the head coach job at the Scarlets. Two years later he moved on to an Assistant Coach job with Cardiff, while also taking charge of Wales U/20.

In 2014 he was appointed a Technical Advisor to the Namibian national team ahead of the 2015 Rugby World Cup. After Namibia lost all three games in the 2015 World Rugby Nations Cup head coach Danie Vermeulen stood down on the 25 June 2015, and it was announced that Davies would become Namibia’s new head coach.

Davies moved from the technical advisory role he held from 2014, to the head coach role just 3 months before Namibia participated in the 2015 Rugby World Cup.

He has remained the Namibian national coach since then, although he also serves as head coach of his old club, Llanelli. He does a bit of rugby consultancy on the side, most recently at Nuneaton RFC.

The scrum has been a problem against top nations, as has the battle for the ball on the ground.

Depth is always a problem. Just too few players to choose from. Namibian Rugby has just 8 192 rugby players of all ages and genders registered on their books.

A lack of experience. A lack of quality game time against external opposition causes experience problems, especially after Namibia pulled out of the South African Currie Cup, for financial reasons.

We will update this section with who Namibia will play as warm-ups for the tournament when they are announced.

Namibia are in Group B alongside New Zealand, South Africa, Italy and Canada.

Namibia will be targeting Canada as the game they will want to win in this competition. They will want to make a fist of it against Italy and stay in the contest with New Zealand and South Africa.