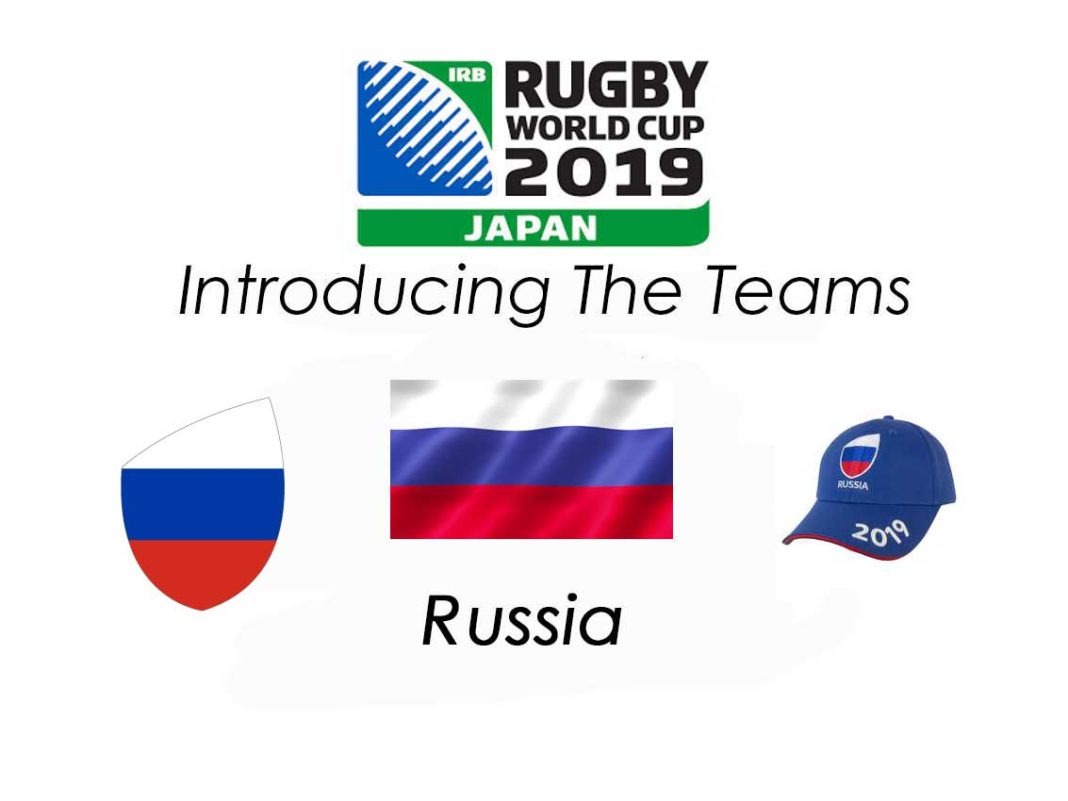 Russia qualified for the 2019 tournament after Spain, Belgium and Romania were sanctioned for fielding ineligible players.

This is only the second time that Russia will make an appearance at the RWC, their previous appearance was back in 2011.

Their qualification was the subject of much rancour after a disciplinary committee ruled that all three of Spain, Belgium and Romania broke eligibility rules and were then deducted points in the Rugby Europe Championships. Russia, despite winning just 4 of their 8 fixtures in the competition, became the default qualifiers. If the points had not been deducted both Spain and Romania would have qualified ahead of Russia as they had each won 6 of their 8 fixtures.

Oddschecker have them as rank outsiders at 5000/1

Russia were the highest ranked team from the Rugby Europe Championship (excluding Georgia who qualified automatically).

Vasily Artemyev, the ex-Northampton winger, is the best known of their players, and serves as captain.  Educated in Ireland where he learned the game of rugby as a schoolboy, he spent a brief time with the Leinster academy before he returned home to play Sevens for Russia, signed for the Northampton Saints and scored a try against Ireland in the 2011 World Cup pool match.

Ex-Sale Sharks Andrei Ostrikov played basketball until the age of 15 before taking up rugby in his native city of Zelenograd. He played for the national Under-19 team as both a lock and flanker and at the U-19 World Cup in Dubai he was recruited by Top 14 club Agen with whom he spent three years before moving to Aurillac. In 2011 he joined the Sale Sharks, playing 146 matches and scoring seven tries before he left the club.

The 55-year old Lyn Jones played on the flank for his clubs and for Wales, earning 5 Welsh caps in 1993. His first coaching appointment was with Neath in 1994, following a premature end to his playing career. He was appointed head coach of the Ospreys when the regional team was created in 2003 but left by mutual agreement on 16 May 2008 and joined Newport Gwent Dragons in November 2008 as assistant.

In June 2009 he became the Director of Rugby at the British School, Abu Dhabi, UAE.

In June 2011 Jones was appointed head coach of London Welsh RFC, and immediately gained promotion to Aviva Premiership under his guidance.

In June 2013 Jones was appointed director of rugby at Newport Gwent Dragons.  Following the departure of Darren Edwards in February 2014 he took over the head coach role on an interim basis until the appointment of Kingsley Jones as head coach in June 2014.

Lyn Jones left his role as Director of Rugby at Newport Gwent Dragons in April 2016.

In November 2016, the Namibia Rugby Union announced the appointment of Jones as the head coach of the  Welwitschias – a Namibian team playing in the South African Currie Cup competition – for the 2017 and 2018 season

Jones took up the reins as Russia’s coach in early August 2018. He has not had much time with the team.

Discipline. In a recent Test against Canada they managed a win, but had to play with two yellow cards during the course of the game.

Their playing disciplines also leave much to be desired, as they tend to lose shape and positional disciplines during broken play.

Whether their forwards can stand up to the bigger packs of the Tier One nations remains to be seen. Their previous record shows that they lack cohesion and experience.

We will update this section with who Russia will play as warm-ups for the tournament when they are announced.

Russia are in Group A with Japan, Samoa, Ireland, and Scotland

They are likely to be the whipping boys of the pool,