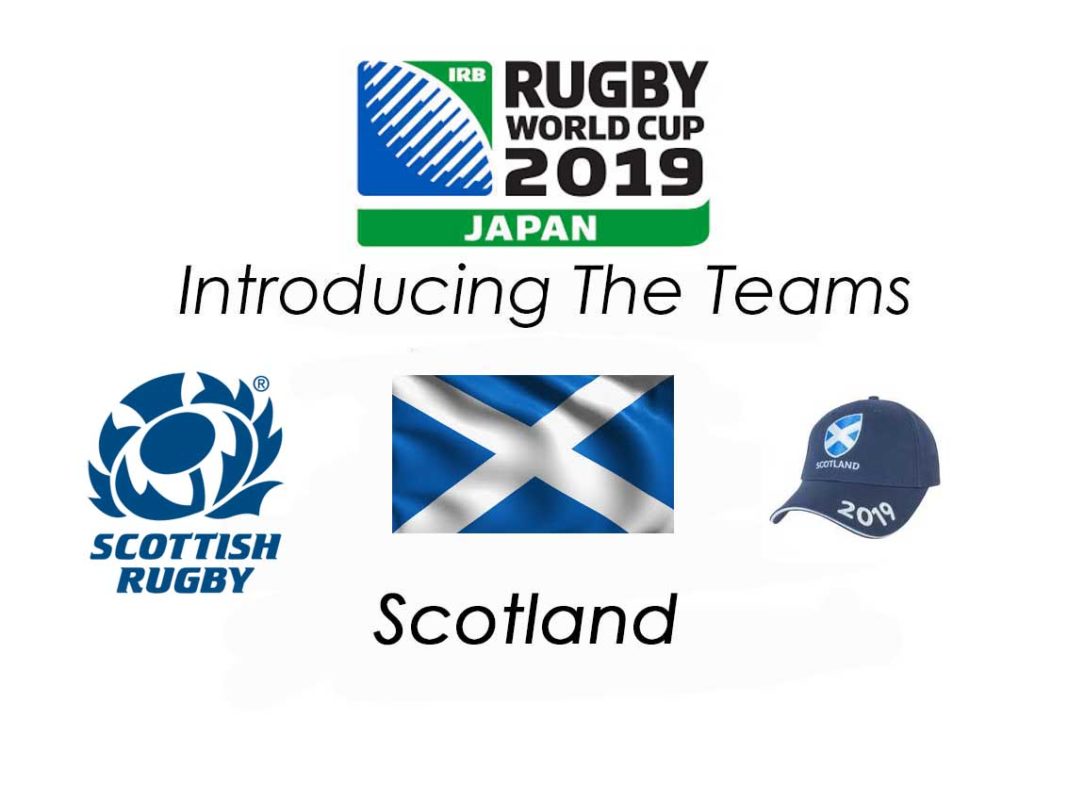 Scotland, many people’s favourite “other” team amongst the top tier nations, have the reputation of being able to knock over the best of the best on the day when their game clicks and everything goes to plan.

They are capable of giving anyone a headache, including their fans. They are infuriatingly inconsistent, ranging from woeful to joyful, in their play and in the spectators’ reactions.

Interestingly, if we look at Scotland’s performances in the four years since the last Rugby World Cup back in 2015, they are heading into the 2019 RWC with their best winning percentage across one of these between-RWC 4-year cycles. This cycle has them with a 55% winning percentage, which is much better than the 35% they carried into the 2015 RWC.

They have contributed to this upturn in their fortunes by scoring more tries in the current 4-year cycle than they did in the 8 years prior to the 2015 competition.  They’ve scored 50 tries in the Six Nations Tests, and 118 in all their international fixtures during the last 4 years.

These are all hints of a Scotland playing a more adventurous game, with a focus on converting opportunity into points.

They might not be one of the favourites going into Japan 2019, but they have the ability to knock over a big one, or two, or even three…

Oddschecker have them as outsiders for the title, with odds ranging between 40/1 and 50/1.

Scotland were one of the 12 automatic qualifiers for the 2019 tournament.

Scotland have plenty of quality players, some such as Finn Russell and Stuart Hogg play exciting adventurous rugby, while team captain Greig Laidlaw is a superb technician who can control the tempo of a game and can kick points when they are on offer.

Their loose trio is something of a conundrum, with as many as 9 players vying for a spot in the backrow-three selection. Names such as Blade Thomson

Sam Skinner, Josh Strauss, Jamie Ritchie, and John Barclay are just five of those names worth some thinking about.

At halfback  Ali Price, and Greig Laidlaw will probably get the nod, along with one other, Laidlaw’s spot in the squad is probably secure due to his ability to fill the 10 jersey if required as only Finn Russell and Adam Hastings are currently in the practice squad as specialist 10s.

At the back we are likely to see Stuart Hogg, Darcy Graham, Huw Jones, Duncan Taylor, Byron McGuigan, and possible the uncapped duo of Kyle Steyn and Rory Hutchinson.

Another 46-year old coach, the former Scotland fly-half is known as an innovator who focusses closely on detail. His playing career included 82 caps for Ireland and 2 for the British & Irish Lions. His coaching career started in 2005 when he was player-coach at the Border Reivers until 2007, when he was appointed as Assistant Coach to Scotland A. In 2009 he was promoted to the Scotland side, still as Assistant Coach, a position he held until 2012 when he moved to Glasgow Warriors. He left the club with a 62% win rate across all competitions, winning 91 games from the 147 games coached.

He took over as Head Coach of Scotland in 2017. This is his first World Cup in charge but he was an assistant in 2011.

As Head Coach of Scotland he has been in charge for 23 Tests, winning 12, drawing 1 and losing 10 for a 52% winning ratio. Scotland have scored 609 points  during this time, and conceded 524.

Scotland like to play a very quick, continuity-based style of rugby. When it works, it can disrupt any team on the planet.

However, their major weakness is on the physical front. Test match rugby is a physical contest, together with brains and style, and if you cannot match up to the physicality of some of the bigger boys, you are in trouble. Scotland can hold their own for 40 minutes, 60 even, but it is that final quarter where they tend to succumb to physical pressure.

They simply do not have any really big, devastating ball carriers to play the direct game favoured by many of the bigger teams, which means they have to focus on a combined team effort to protect the ball they carry into contact.

In similar vein, they struggle to contain the big ball carriers coming at them with relentless physical power for a whole game.

This is an area of their game where they look very vulnerable.

Scotland are in Group A alongside Ireland, Japan, Russia and Samoa.

Scotland and Ireland look like the two teams that will progress to the quarterfinals. Scotland should beat Japan, Russia, and Samoa comfortably, but may struggle against Ireland.