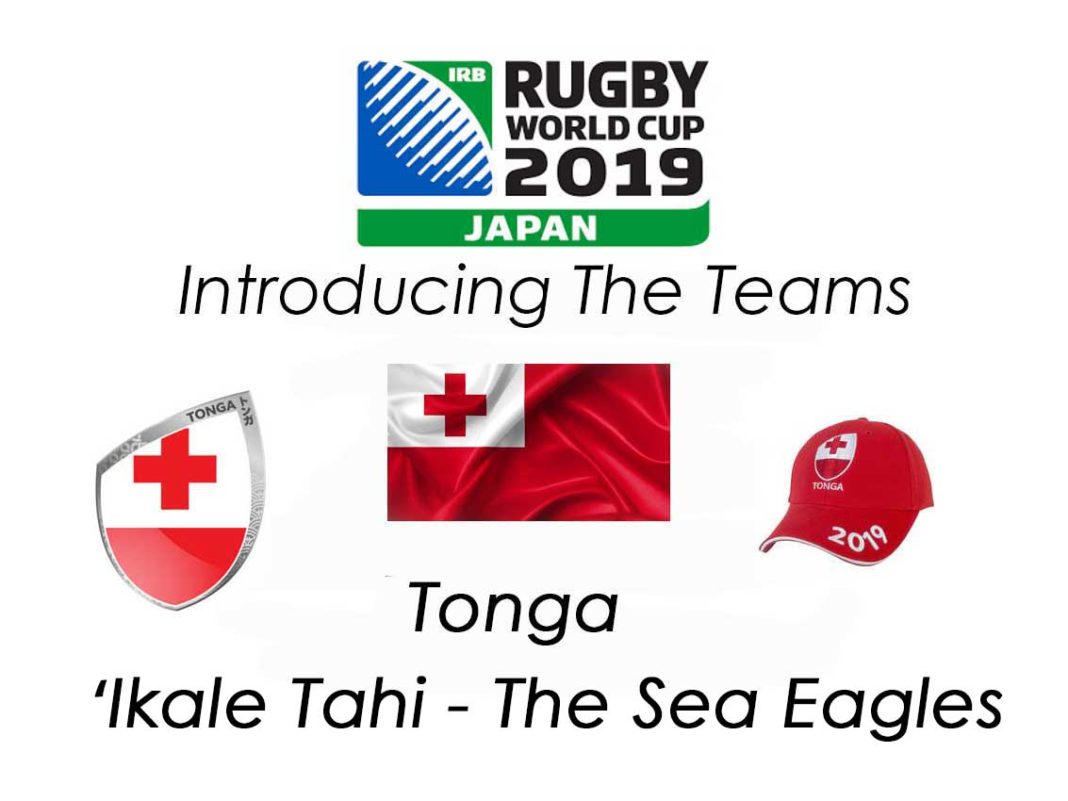 It is quite remarkable that Tonga, with just 926 registered rugby players, will be competing at the 2019 Rugby World Cup.

They are by far the smallest nation competing at this year’s World Cup, with a population, according to World Bank figures, of just 108 000. The very fact that the qualified to play at the Rugby World Cup stands to their eternal credit.

They have been there before, and have done themselves proud!

They were represented at the very first RWC in 1987, and were qualifiers again in 1995 in South Africa where they managed their very first RWC win, beating the Ivory Coast 29-11.

Their biggest win came in 2011, when they beat France 19 -14. Rugby historians will recall that France went on to qualify for the final where they lost to New Zealand.

2915 went less well as they were fourth in their pool, losing to the All Blacks, the Argentinean Pumas, and the Georgians, but beating Namibia to push the Africans to fifth in the pool..

Much like the other Pacific Islands, the Tongans suffer the depravation of ongoing poaching of their players by the likes of Australia, New Zealand, England, and France. The reasons are well known, but sad for such a small country.

Consider what they could do with talents such as Taniela Tupou, who will likely be representing Australia at the World Cup, although born in Tonga.

If we look down the list of players named for the 2019 Pacific Nations Cup, we see 9 of the squad that play in France, 10 who play in the United Kingdom, 6 who play in Australia and New Zealand, 3 play in Samoa, 1 in Singapore, 1 in Italy, and 1 in Spain. Not a single member of the squad plays rugby at home in Tonga.

We shall look forward to the Sea Eagles entertaining us, and perhaps frightening a couple of the bigger teams along the way.

Bookmakers are giving odds of 1000/1 for a Tongan World Cup title.

Tonga came second in the Pacific Tri-Nations behind Fiji and as a result qualified for the 2019 World Cup.

Elvis Taione is a hooker who has made his mark for Exeter Chiefs. Lock Sam Lousi is often seen in Super Rugby in the colours of the Hurricanes, while his lock partner Steve Mafi played for the Waratahs before heading over to the Force. He now plays for Castres in France.  Sonatane Takulua, No 9 and goalkicker, gives them zip. Ex-All Black Charles Piutau wants to join them but won’t be able to do so before RWC 2019, as there is no Olympic qualifier event before the Japanese showpiece, so we are unlikely to see him in 2019.

Toutai Kefu (born 8 April 1974) is a Tonga-born rugby coach, who earned 60 caps playing at number eight for the Wallabies. Kefu is the head coach of the Tonga having previously coached them as a caretaker in 2012.

He is also the Assistant Coach of the First 15 at Brisbane Boys College.

He is additionally the head coach of the Australian side Queensland Country in the National Rugby Championship, when there is a break between international commitments.

The former Wallaby took full control of the reins in 2016 shortly after World Rugby agreed a rescue package for the cash-strapped Tongan union.

He has taken Tonga to consecutive Runner-Up finishes in the World Rugby Pacific Nations Cup, in 2017 and 2018.

There are also constant issues between coach Kefu and the Tonga Rugby Union, not helped by a delay in paying the players for the Pacific Nations Cup. These issues may impact on the team.

Tonga are in Group C alongside England, France, Argentina and the USA.

With both England and France, and then Argentina to contend with, Tonga are not likely to progress beyond the pool stages. They might beat the USA.