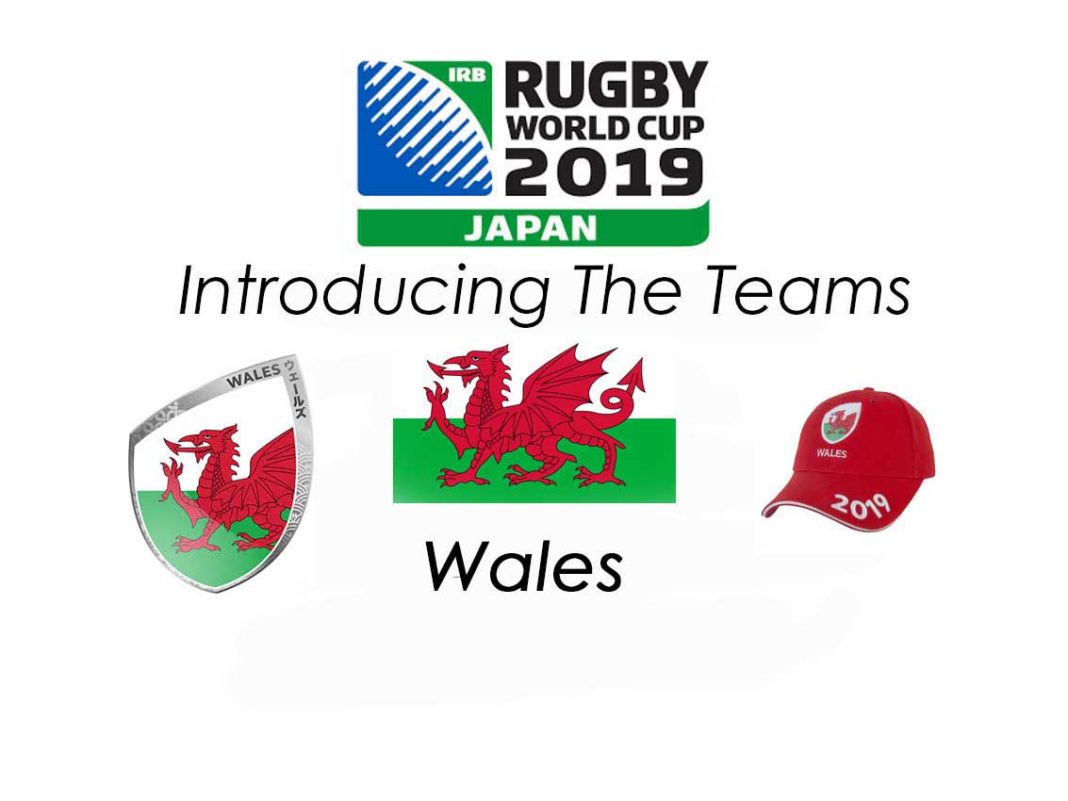 The Second of our Team Introductions:

Wales had a unique opportunity to go to the 2019 Rugby World Cup as the No.1 ranked team in World Rugby.

Briefly, very briefly, they moved up into the No.1 spot after the All Blacks were beaten by the Wallabies in the final round of the southern hemisphere’s Rugby Championships.

All Wales had to do to cement themselves into the No.1 slot was to beat England the following day.

They did not, and their loss allowed the All Blacks to move back into the top spot again.

Fresh from winning the Guinness Six Nations Grand Slam earlier this year, Wales look to be one of the favourites to challenge for the 2019Rugby World Cup. They are drawn in a pool that includes Australia, Fiji, Georgia and Uruguay.

A powerful, well drilled, and well prepared outfit, with a winning culture, they will be contenders in 2019.

The Oddschecker website lists them at 8/1 for the title.

Wales were one of the 12 automatic qualifiers for the 2019 tournament.

Their preparations were shaken somewhat by the news that flyhalf Gareth Anscombe would miss the World Cup following an injury in their first warm-up game against England, but Dan Biggar is still there for the 10 jersey, with Rhys Patchell worthwhile back-up option.

The team is also weakened by the injury to Taulupe Faletau.

The 55-year old Kiwi-born Warren Gatland has achieved many honours in his rugby career, both as a player and as a coach. He played for Waikato 140 times as hooker, between 1986 and 1994. He also wore the famed black jersey and silver fern of the All Blacks no less than 17 times, but never in an international match.

Before he quit playing he had already started his coaching career, first as player-coach for Taupiri in 1989, and then being involved with the Galwegians RFC in Ireland from 1989 to 1994. He then stepped up to coach Thames Valley from 1994 to 1996, and then Connacht from ’96 to’98.

After Ireland he was appointed head coach of London Wasps, remaining with them from 2002 until 2005, when he re-joined his old club, Waikato for 2 years, also serving as a Technical Advisor to the Chiefs in Super Rugby until 2007 when he was recruited by Wales as their new head coach.

He has coached Wales for 12 years since, as well as having stints with the British & Irish lions as Assistant Coach in 2009, and as Head Coach in 2013, 2017, and recently being reappointed for their 2021 tour to South Africa.

Gatland’s record as an international coach is interesting. As Ireland’s coach he was in charge for 38 games, where Ireland won 18, dre 1 and lost 19 for a winning ratio of 47,37%.

Wales have a thoroughly competent outfit at their disposal, but may just lack that final finishing edge – they have sometimes seemed unable to close out close games.  In 2018 it was lapses of discipline in Ireland, and a lack of that vital clinical edge in England, that saw them go down in games they could, perhaps should have won.

I am reading nothing into the 11thAugust warm-up loss to England.

They have the team, but need to find that extra bit of mental strength and winning nous.

Wales are in Group D alongside Australia, Georgia, Fiji and Uruguay

Wales and Australia are the two teams that look most likely to qualify for the quarterfinals in this group. Fiji is likely to be the wildcard.