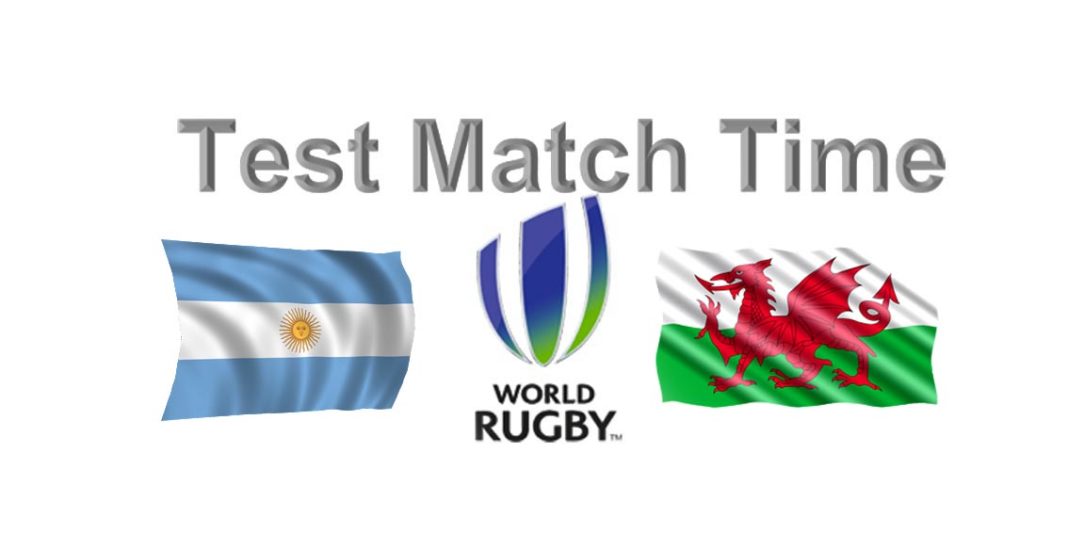 I recorded this game to watch at my leisure after all other chores and challenges had been disposed of. I assiduously avoided all post-match reports and reviews so that I could watch the game and make up my own mind about what I saw, unclouded by the thoughts of others. I could not avoid knowing the result as it was quickly brought to my attention by a number of my Welsh friends who did not like what I said about their previous efforts against the Pumas.

So it was that I only got to watch Wales beat the Argentine on Monday afternoon.

Now I know that the Welsh supporters are ecstatic about their three-match June tour and their winning results.

This is all good.

With one tiny little niggle.

They have beaten a way-below strength “Springbok” team in a game that should not have been granted Test match status, and then thumped a woeful Argentinean side that has lost all direction, focus, and spirit in the step up from Super Rugby to Test rugby. So much so that their coach, Daniel Hourcade has resigned. A year out from the World Cup, and they are looking for a new coach!

But the niggle remains – the lack of penetration and try scoring.

There were certainly good things about the Wales tour.

Their front five have been outstanding, considering that most of them are probably only second choice selections. Perhaps Rob Evans is a first choice, but the rest are likely to feature off the bench rather than as part of a starting XV. Hookers Ryan Ellis and Elliot Dee have stepped up to be counted too.

Josh Adams continued to build on his reputation as the form he brought from the Premiership translated onto the Test field too.

There were others that impressed. Ross Moriarty and Ellis Jenkins in particular. Although Moriarty will be wondering about his brain-fart at the end of the final game against the Pumas when he decided to choke Nicolas Sanchez despite the intervention of the assistant referee and a medic. We know that Sanchez is no angel, with a penchant for plenty of his off-the-ball niggling, but a Test level player must surely know that you cannot grab an opponent around the neck and hang on like some WWF wrestler? Moriarty also swung a hand/fist at Sanchez in the moment before the choke-hold, a swing that seemed to just clip the Argentinean’s jaw.

No matter what the provocation, that was just silly behaviour, especially as Wales had already banked the win.

A final thought on Moriarty. He has had a great tour, laying down a marker for future selection. He carried the ball 22 times, making 73 meters, while putting in a massive defensive effort, making all of 59 tackles.

There was one other incident that left me with a bit of a sour taste in my mouth.

2 mins into the game Tomas Lavanini took a hit to the face or eyes, a purely accidental moment. The first aid team rushed onto the field to attend to him while play continued. When play eventually stopped, the two sets of forwards regrouped while the medics continued to attend to Lavanini. Rob Evans, in the Wales 1 jersey turned to walk back from the group of forwards, spied the Argentinean medics equipment bag on the ground, and kicked it, scattering plasters and the like all over the place. (02:32 minutes on the recording if you want to go and watch it.) I have to ask “Why?” It was not an accident, some trip or stumble, it was very deliberate. Why?

Once again, the Argentineans were abysmal.

One had expected them to regroup, reconsider, and refocus and come out and play the kind of rugby they have been playing as the Jaguares in Super Rugby.

Sadly for their supporters, they were not going to do that.

There was none of the hand-to-hand movements we had seen in the Super series, very few of the offloads, very little of the wider game, and even less direct running. Creativity was a mystery to them, as they seemed to lose all sense of the modern game. It was all back to the old fashioned trundling game that has cost them so dearly in previous seasons.

Their tackling was abysmal. Think of Josh Adams’ 50m plus dash with the loose ball that he picked up to dance past the entire Argentine team to score. Nobody laid a hand on him. Nobody even tried to tackle him.

That niggle I spoke of earlier:

All of which begs the question, that elephant in the room, why did Wales not score more tries? They dominated possession and territorial statistics throughout the game. They were so much better than the Argentineans in every respect, yet they struggled to put together scoring moves.

It was an individual effort by Josh Adams in the 22nd minute that gave them their only try in a half of rugby where they had plenty of opportunities. And then they had to wait until the 55th minute for Hallam Amos to score the next, and last try of the tour. They had the ball, but they seemed a little reluctant to score, almost as if their pre-set was to either kick the ball, or go to ground with it.

Wales have relied on the boot of Rhys Patchell to keep them in the lead against the Argentineans, and that is all good and well. The problem is that this might not work against a team that takes the game to the Welsh, forcing them to play stretches of the game in their own half. It certainly will not work against teams that are better disciplined than the Argentine and do not bleed penalties as easily as do the South Americans.

I just hope that Wales do not read too much into beating a very experimental pick-up South African team, and then a truly woeful Argentina.