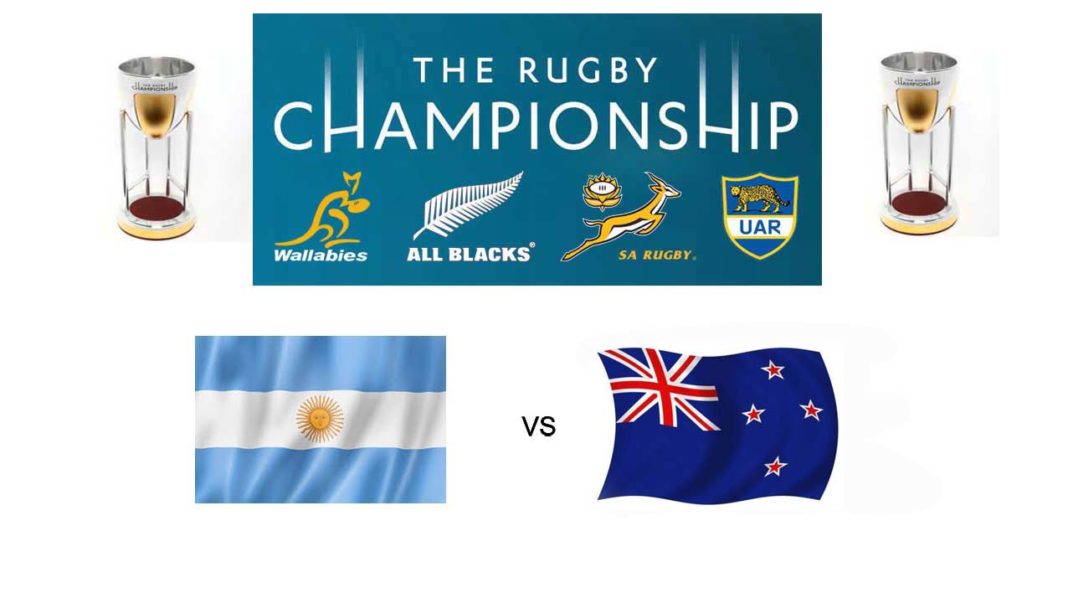 New Zealand have won the Rugby Championships for the third consecutive year. This is about the most positive thing one can say about a game of rugby that never really scaled any great heights in any way.

The lasting impression is of a game riddled with errors and far too many stoppages to provide any great excitement or worthwhile display of sublime skills and expertise. Forty handling errors, 20 a-piece by the two teams, 184 rucks, 291 tackles, 14 scrums, 31 lineouts, all in just 34 minutes of actual playing time illustrates the problem. It was a stop-start affair right from the kick-off.

Yes, the All Blacks won, deservedly so, they were the better disciplined side in most phases of play, and they monstered the Puma scrums and lineouts. They took their chances with their usual clinical precision, scoring five tries as they ensured that the Argentineans were playing catch-up rugby all afternoon. They were the better of the two teams, without any shadow of a doubt.

Yet, it was often a stuttering, error ridden performance by a team that was supposed to be unleashing a backlash of anger after their loss to South Africa in Wellington. They threw 131 passes, but only 111 reached their intended target, 20 passes went astray, which is unusual for an All Black team that prides itself on clinical rugby. This was an All Black team that conceded 17 turnovers during the game.

This was an All Blacks outfit that carried the ball just 98 times, fully 23 times less than their opponents. Yes, they made 634 meters with the ball in hand, while the Pumas made 620, but it was still an All Black team that just did not seem to get itself going with the ball.

Yes the All Blacks won, pretty much as almost everyone predicted. Yes, they produced a dominant performance in so many respects. Their pack of forwards was all over the Puma forwards, demolishing them in the scrums and lineouts and pretty much everywhere else on the field. This was predictable.

There was always going to be a reaction from the All Blacks to their loss to the Springboks, and it was going to be the Pumas that faced that reaction.

Yes, they scored five tries – two to Rieko Ioane and one from Waisake Naholo in the first half – as they did what they couldn’t do against South Africa in Wellington a fortnight ago and converted virtually all their opportunities into points on the board.

But they were far from the complete All Blacks we have seen in other games this year.

There was a comeback by the Pumas at the start of the second half although the All Blacks were comfortably in the lead by that time.  But this is an All Black team that has an almost legendary ability to kick on in the second half, to pick up the pace and accuracy and surge away from their opponents as they start running in tries and ripping defences to ribbons. And they did not do it this time.

That is where this All Black team seemed to be stuttering along rather than turning on the class. Yes, they scored two more tries in that second half, but so did the Pumas!

Both teams scored 14 points in the second half, which is almost unheard of in All Black terms.

Steve Hansen and his charges will take heart from their pack’s performance, a display of utter dominance over a woeful Argentinean pack. Yet a question must be asked – Whether that forward dominance should have provided more than just those two second half tries?

There were highlights. The New Zealanders can be very pleased with the performance of Ardie Savea at No8, he only came into the starting line-up when Luke Whitelock withdrew because of illness, and then produced a superlative game as he led every All Black charge from the front. He was almost unstoppable.

The New Zealanders can also be pleased with their front rows, the job of work done by the two starting props Karl Tu’inukuafe and Ofa Tuungafasi, and then the continuation by Angus Ta’avao and Tim Price when they came on.

Beauden Barrett showed that he had worked on his kicking in the last two weeks and it was evidenced by his converting all four of his shots at goal – two from close to the side-line in the first half.

Richie Mo’unga produced some superb rugby when he came on late in the second half, the future of the flyhalf position in New Zealand is undoubtedly secure.

One more All Black deserves special mention. Sam Cane was as determined and focussed as only he can be. He was ever present and persistent in every single aspect of the game, the back tackler, the silent assassin who saved the All Blacks from moments of Argentinean opportunism, snuffing out threats when they reared their ugly heads. He was simply everywhere.

However, there are some All Blacks that struggled in this game. Ben Smith at fullback was almost invisible, an anonymous display by the man many rate as the best fullback in the world.

Sonny Bill Williams made one trademark offload, a thing of beauty, but the rest of his game was almost pedestrian and often just a little dumb. He earned a yellow card for being offsides twice in as many seconds!

Ryan Crotty’s game management skills were wasted in the outside centre berth and it would be no surprise to see him back in the 12 jersey with Jack Goodhue at 13 when the team is announced for the upcoming Test in Pretoria.

Sam Whitelock is looking fatigued, and struggled to stay with the rest of the All Black pack as they enjoyed complete dominance throughout the day. On a number of occasions he could be seen walking after the ball, rather than running. Is the big man in need of some time out?

TJ Perenara was his usual rubber-ball self, but some of his decisions and a couple of his passes lacked the accuracy we expect from him, while Aaron Smith seemed half a pace slower than usual when he joined the fray.

The All Blacks may have won this game comfortably, but they did not look the polished, focussed, and clinical team we all expect when they take to the field.

They seemed to be vulnerable, which is strange for a team that often seems to be the exact opposite!

The game got increasingly frayed as the second half progressed, with incident after incident of pushing, shoving, jersey gripping angry faces, and handbags being swung. It takes two to tango, and the All Blacks were willing participants in the argy-bargy moments. They allowed the Pumas to get up their noses, and this is even more evidence of an All Black outfit that seemed just a little out of sorts.

Part of the problem was the refereeing of Mathieu Raynal, who puzzled all and sundry with some of his weird decisions.  He awarded Tomas Cubelli’s try against the evidence seen on the big screen, and certainly against the advice of his TMO and his assistant referees. He missed so many forward passes, knock-ons, late tackles, off-the-ball nudges, offside moments, and other mistakes that he clearly added to the frustration that led to frequent boil-overs on the field. At times it seemed that he had only the slimmest control of the game, and that was a real factor when tempers flared.

His interaction with Pumas skipper Agustin Creevy was often comedic as he allowed Creevy to question every decision, including playing to the crowd when he questioned the decision after contact to Emiliano Bofelli’s head when Ardie Savea was shoved from behind by Jeronimo De La Fuente. Creevy clearly saw the incident on the screen, yet he tried to milk a yellow card. It was a moment of poor refereeing to allow that discussion!

On the Argentinean side there was another sparkling performance by Nicolas Sanchez, who was often the only Puma that looked like an international quality player. He is probably the form flyhalf in word rugby at the moment.

At the end of the day, tries from Rieko Ioane (2), Waisake Naholo, Patrick Tuipulotu and Anton Lienert-Brown saw the All Blacks prevail, with Beauden Barrett kicking eight points while replacement Richie Mo’unga added the other conversion. It was enough to give them the Rugby Championships title for the third consecutive year.

For Argentina this was a truly frustrating performance at home. Tomas Cubelli and Emiliano Boffelli scored their two tries while Nicolas Sanchez kicked seven points.

I stayed up late into the night to watch this one, and I was disappointed. Perhaps I was tired and thus irritable, but it all seemed to be an enormous waste of good sleeping time.