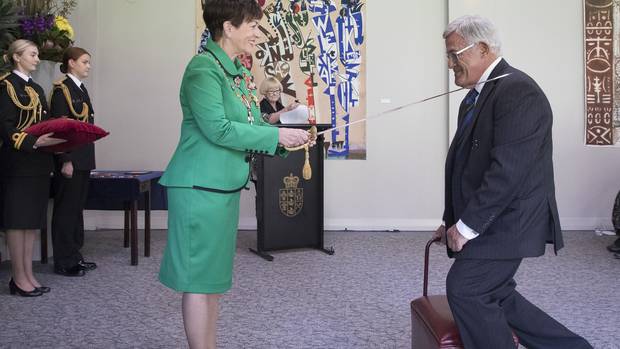 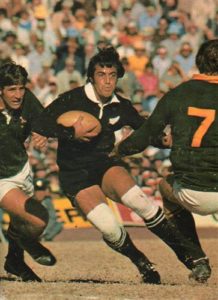 Way back in 1970, Brian Lochore’s All Blacks toured South Africa. This was an awesome side, with some iconic rugby players in its ranks, including the captain, Brain Lochore, Colin Meads, Syd Going, Ian Kirkpatrick, Alan Sutherland, and Fergie McCormick. That team also featured a couple of youngsters making their first appearances in an All Black jersey. Names that would feature proudly in All Black history, men like Buff Milner, Blair Furlong, Ron Ulrich, Alex Wyllie.

A man built like the proverbial outhouse, with the thighs of an auction bull, the All Black winger was a sensation, scoring 14 tries in his 13 appearances on that tour, including two in the four Tests he played.

Bryan Williams, known to the world as BG, would play 113 matches for the All Blacks in a 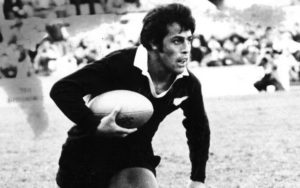 career that lasted from 1970 to 1978, including 38 Test matches. He scored 66 tries in an All Black jersey, a record that stood until beaten by John Kirwan.

Once BG retired from playing he remained active in the game, both as coach and as an administrator. He coached a number of club sides in New Zealand, serving as coach and often in administrative roles too.

His dedication to rugby included coaching the Samoan national squad for 10 years, during which they participated in 3 World Cups, he was certainly hugely responsible for putting Samoa on the rugby map in the 1990s. He was elected president of the New Zealand Rugby Union (NZRU) in 2011 and also overseeing the 2011 Rugby World Cup. He is still coaching today, involved with the Ponsonby Rugby Club and helping at the Mt Albert Grammar School Rugby Academy.

In the Queen’s Birthday Honours 2013, Williams was appointed a Companion of the New Zealand Order of Merit, also for services to rugby.

That honour was formalised today as he was officially invested as a Knight.