Home Snippets THE AUSSIES WALK ALL OVER THE ALL BLACKS 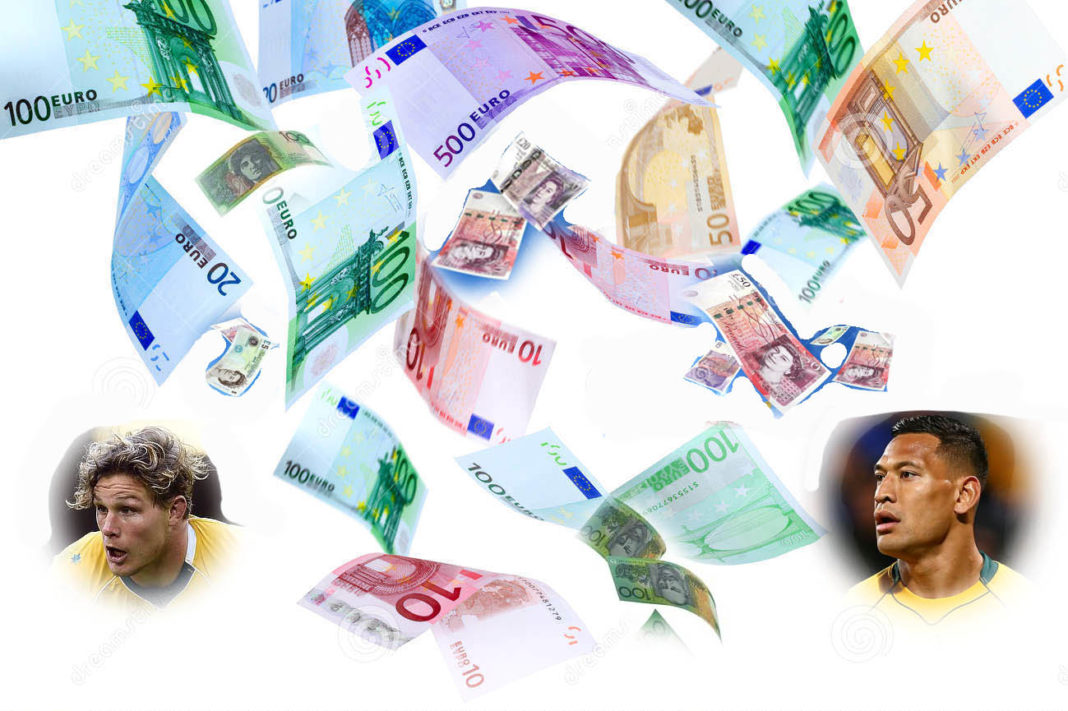 THE AUSSIES WALK ALL OVER THE ALL BLACKS 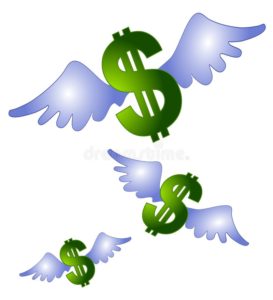 The Aussies have one over the All Blacks! Not so much on the rugby field, but certainly in the pay stakes! They earn far bigger paycheques than do their world champion counterparts across the Tasman.

According to Wales Online, both Israel Folau and Michael Hooper are in the top bracket for rugby earnings.

No All Black is in the top 10 rugby earning category, although several ex-All Blacks do make the list.

Two current Wallabies are right up in the Top Ten.

Three current All Blacks feature at 15th on the list, all earning the same amount.

The talk Down Under has been about Michael Hooper’s bumper long-term deal with the Australia Rugby Union but Folau’s flexible contract with the ARU and the Waratahs is significantly higher.

Dan the man was reported to be on £1.4m a year with Racing 92 and has had to take a pay cut after agreeing to join Japanese club Kobe Steelers.

A reputed drop of £300,000 in wages for an outside-half who is 36 and has been wracked by injuries seems insignificant.

Money doesn’t seem to be an object in Japan with the country’s top clubs being company enterprises.

Former Australia wizard Giteau, who bagged big money while he was at Toulon, is building up his pension fund with Suntory Sungoliath, already guiding them to a domestic title.

The former All Black full-back or wing, who surprised many by leaving New Zealand before reaching the peak of his powers, has allegedly become British rugby’s first million pound man.

Was Carter’s understudy with New Zealand – he started the 2011 World Cup final but hobbled off injured early on – and was overtaken in the pecking order by Beauden Barrett.

All Blacks coach Steve Hansen bristled when Luatua left for Bristol because he was in line to eventually take over from Kieran Read at No.8.

Wales’ ‘Governor’ was a catalyst for the Ospreys, being a superb club man and racking up a points record.

Then he decided to sample life “outside the goldfish bowl” of Wales with a big money offer enticing him to Northampton Saints.

He was the best centre in the world when he signed for Toulon in the wake of the 2015 World Cup and has proved a brilliant acquisition.

Argentina’s No.10 play-maker has been lured away from the Jaguares Super Rugby franchise by a massive deal to sign for Stade Francais.

He may lead the Wallabies to the next two World Cups after signing a lucrative new five-year contract with Rugby Australia that has seen him dubbed the $6million dollar man.

“I never really thought about going elsewhere. I was really keen to stay in Australia and keep doing what I can for the Wallabies and the Waratahs,” he said.

The Clermont Auvergne scrum-half star is a precious commodity in France because he’s also a top-class goal-kicker and is a hugely popular figure with the country’s rugby watchers.

His Wales career sadly ended when he signed for Toulon from the Ospreys with Webb not having enough caps to continue to be picked by Warren Gatland.

Happy back at Leinster and being “looked after” in terms of money and the number of matches in which he plays by the Irish Rugby Union.

Has doubled his money by succeeding Carter at Racing 92 after switching from Glasgow Warriors with the Scottish Rugby Union unable to come anywhere near matching the money he was offered to cross the English Channel.

All Blacks captain and one of the greats of the game, the Crusaders’ No.8 colossus is in the highest earning bracket in New Zealand.

The best attacking outside-half on the planet, whether it be for the Hurricanes or New Zealand, is another of the Kiwis reward handsomely.

Another at the top end of the pay scale but may have to take a cut to stay around when his current deal with the New Zealand Rugby Union ends with his value having dropped.

The Lions and Saracens lock is regarded as a poster boy of English rugby but is also a top player with his ability rewarded in his pay.

Italy’s captain has been a star for more years than most can remember and continues to be paid big money for his services at No.8 by Stade Francais despite being in the latter stages of an illustrious career.

On a pound for pound basis, this must be the craziest contract of the lot with the England centre’s appearances for club Leicester and country sporadic through a variety of ailments.

Dragons wanted a big name signing to lure others to Rodney Parade and pushed the boat out to bring him home from Gloucester.

The a points-machine with England and Saracens, and the outside-half or inside-centre is one of England’s best paid players.