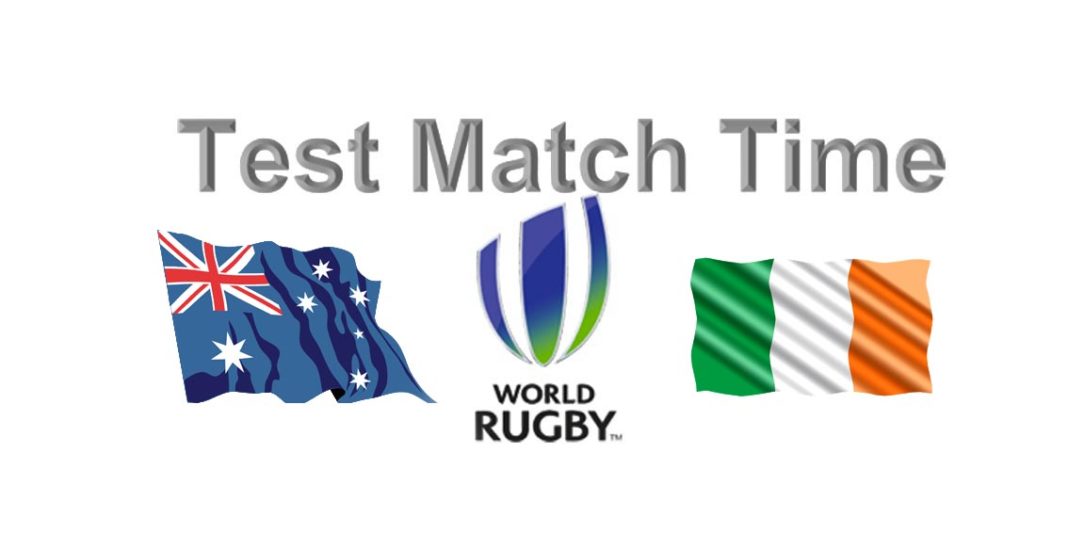 interesting Test as Ireland fought back after last week’s loss, dominating the game for long stretches, especially during the second half. They were deserved winners even though the Wallabies outscored them three tries to two. Ireland were prepared to take chances too, opting for the kick to the corner to set up the attempt to score a try rather than kicking goalable penalties. Perhaps if they had kicked the penalties, the outcome would have been the same, as they would have put a points buffer between themselves and their hosts, forcing the Wallabies to play catch-up rugby.

The Test was again marked by poor discipline from the Wallabies as they coughed up no less than 15 penalties. Four penalties were converted into points by Johnny Sexton and the others saw the Irish kick the ball deep into the Aussie half of the field and the keep them pinned there. Last week the Wallabies were criticised for conceding 11 penalties, only to go four worse this week. Add in the yellow card shown to Marika Koroibete, and one can rightly say that the Wallabies are their own worst enemies.

The return of Johnny Sexton in the Irish 10 jersey was important for Ireland. His goal kicking was important, and his tactical kicking even better. He was the kingpin in the Irish defence too, organising, controlling, and leading with fearless tackling too. Together with Conor Murray the flyhalf took control of the game and never let go.

One of the Irish tactics was to starve Israel Folau of the ball.  Their tactical kicking was focussed on kicking the ball away from him and into spaces where he was absent, forcing him to turn and chase. These are the weakest areas of his game, identified by a number of Super Rugby opponents, and the Irish had obviously read the book! Deprive Folau of attacking ball, and he is likely to fade from the game. He did.

The Irish also worked at denying running ball to the likes of Samu Kerevi and Marika Koroibete by shutting down space in the midfield and preventing the passes that would put the runners into space. Once the likes of Bernard Foley and Kurtley Beale were deprived of the space they thrive on, the two Aussie playmakers struggled to find a rhythm and momentum. It was very good tactical play by the Irish on a day where the Aussies also seemed a little undercooked.

Bluntly though, Australia lost the battle up front, both in the set-pieces and over the loose ball. Tadhg Furlong was huge in the scrums, giving the Aussie front-rowers a headache all afternoon. Poor ball, slow ball, and disrupted ball made it very difficult for the Aussie half-backs. After he broke his arm, the Aussies were without Will Genia to absorb the pressure and take the play forward, which did not help much.

The threat presented by David Pocock and Michael Hooper was countered by an impressive performance by Peter O’Mahony who led the Irish effort to wrench control at the breakdown. Coupled to O’Mahoney’s persistence, the Irish clean-out was vastly better than the week before, also stopping Pocock’s marauding habits over opposition ball. Last week the Irish were turned over with the ball 21 times – this week that was down to just nine turnovers.

The result means that the Test series will go down to the wire in Sydney next weekend, and after an impressive all-round showing, Ireland will fancy their chances of securing back-to-back victories over their hosts.