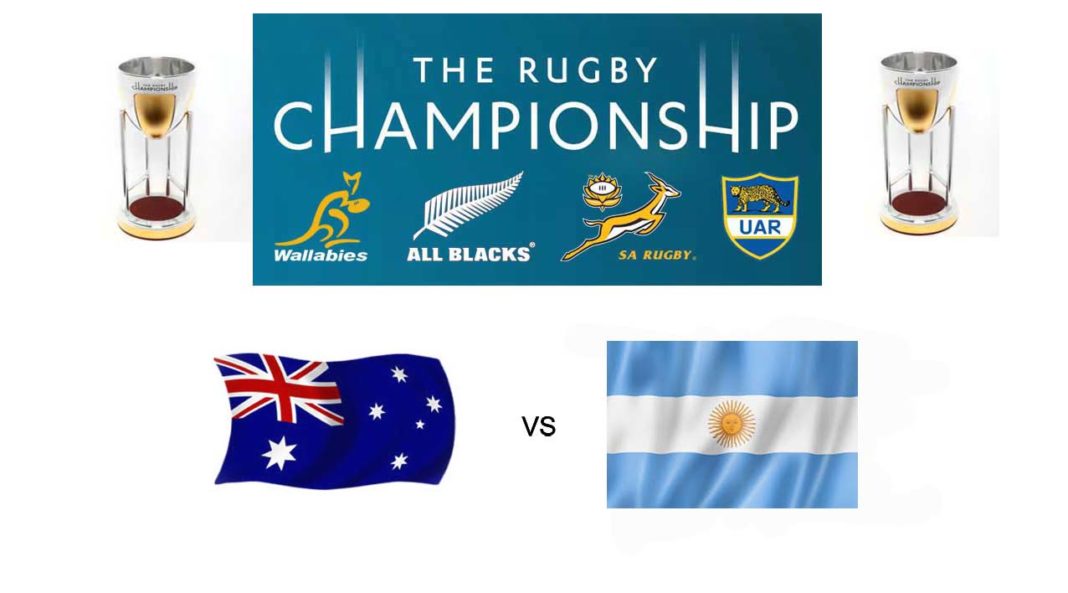 A week ago the Argentineans showed plenty of guts and determination as they fought the All Blacks right up to the final whistle, with the final score on the board not really a fair reflection of the game. The Pumas brought far more to the game than that 46 – 24 score suggests.

Take a look at some of the stats from that game. The All Blacks, a team that thrives on the fast and loose game with plenty of ball carries and run meters carried the ball 144 times and made 1012 meters with the ball in hand. The Pumas matched them every step of the way! Carrying the ball a whopping 156 times and making 982 meters with the ball in hand. Just 30 meters less than the All Blacks!

The Pumas actually made 27 more good passes than did the All Blacks, with 207 passes to 180. They made less handling errors than the mighty All Blacks too, just 12 to the All Blacks’ 19. Both teams made 10 offloads. They even had more possession than the All Blacks, 54% to 46%, and better territorial advantage too, 57% to 43%.

So why did the All Blacks win? Well, it was the Pumas’ defence that let them down, slipping 40 tackles while making 163. You cannot go and miss 20% of your tackles against that All Blacks outfit!

And their Puma scrum creaked and groaned all afternoon, with just a 73% scrum completion rate.

Now they are on the Gold Coast, ready to do battle with the Wallabies.

The Wallabies have chosen to stay on in Brisbane, taking this Test out into the suburbs of the city to the Robina Stadium, known at the moment by the sponsor name of Cbus Stadium. Smaller than the 52 000 seat capacity of the Suncorp in Brisbane itself, this stadium seats 27 000 and is usually the home-ground of the NRL team, the Gold Coast titans.

The decision to stay in Queensland will have helped the Wallabies in their preparations, they did not need to travel to some other city in Australia and resettle in a new hotel and training environment. The smaller stadium will also contribute to a more intimate feeling if the crowd numbers stay small as is expected with the current state of rugby in Australia. Australia and Argentina have met twice before at this venue, with the Wallabies sneaking home with single-digit wins on both occasions.

Whilst the outcome of the game over in New Zealand between the All Blacks and the visiting Springboks is perhaps easier to predict, this Test between the Wallaby and the Puma is a far different challenge.

Both teams sit on the bottom of the overall Rugby Championships log, with just 4 points. Both earned those points by beating the Springboks. The Argentineans sit in the third spot because of a slightly superior points difference, having scored 77 points and conceded 99, for a negative -22 points spread. The Aussies have scored just 48 points, and conceded 96 for a -48 points difference. (South Africa have score 71 and given away 76, for a negative -5, whilst the All Blacks have scored 124 and given away just 49, for a positive balance of 75.)

The two teams have completely different playing styles, with the Pumas a far more attacking team, resulting in their having scored 10 tries so far in the competition, while the Aussies are sitting on just 5 tries scored. (The South Africans sit on 11 tries, with the New Zealanders on a whopping 18.)

Once again, the Aussies are under the spotlight at home, desperate to show that their win over South Africa was the start of a turnaround in their fortunes rather than just a blip on the radar. If the pressure for a win was relieved slightly last week, it will still be sitting on their minds when they run on against the Argentineans.

The Argies? Well, they are playing the game with a certain kind of freedom and enjoyment, Nothing was expected of them, and every game they play is simply a fresh challenge as they go their merry way. There is no pressure on them, and that allows them the comfort of relaxing into the game.

This is not an easy game to call, and it will probably be worth setting aside the time to watch.

David Pocock and Israel Folau have been named to make their return to the Wallabies side for the Test against Argentina on the Gold Coast.

Pocock has been battling a neck complaint while Folau has trained strongly after suffering an ankle injury in the opening Bledisloe Cup clash.

Folau has been named on the right wing by coach Michael Cheika with Dane Haylett-Petty to retain the number 15 jersey after two standout displays at full-back.

Adam Coleman returned to the Wallabies camp after the birth of his first child on Sunday and will start off the bench against the Pumas.

Prop Sekope Kepu is also named on the bench and is set to earn his 97th Test cap on Saturday if he is called onto the field, after missing the matchday 23 for the Wallabies’ 23-18 win over South Africa last weekend.

Argentina coach Mario Ledesma has made three changes and a positional switch ahead of the clash against Australia on the Gold Coast.

Flank Pablo Matera returns to the starting side after playing off the bench against the All Blacks in Nelson last week.

Tomas Lezana has dropped out of the matchday squad.

Ledesma noted that his front three struggled against the All Blacks and has opted to tweak his front row for this fixture. Santiago Medrano will start at tighthead while Nahuel Tetaz Chaparro, who started at No 3 last week, will move across to loosehead.

The only change to the starting backline sees Gonzalo Bertranou replacing Martin Landajo at scrumhalf.

Mario Ledesma, the Puma coach, is a former Wallabies scrum coach, and has taken some friendly teasing by Stephen Larkham in the run-up to this game. He will have an intimate knowledge of the Wallaby systems and preparations, with plenty of knowledge of the strengths and weaknesses of the Wallaby tight forwards. He has been a revelation as coach of both the Jaguares and now Argentina, with the Jaguares boasting a 7-game winning streak in Super Rugby and the Pumas having earned a comfortable win over the Springboks in Mendoza  last month.

His team are known for playing a direct, hustling, attacking game built around feeding off the scraps of loose-balls on the ground while deliberately slowing down the game and their opponents ball, to frustrate those that want to play a quick game with “hot” ball.

David Pocock may be the master-blaster of the turnover at the tackle and ruck situation, but Augustin Creevy is the Yoda of this phase of the game. Clever, committed, with a magical ability to slow the ball down while giving the referee a wide-eyed questioning glance to ensure that everything he does is “legal” – the scrap for the turnover promises to be epic.

The Argentinean scrum has not been functioning at full bore in 2018, and they have often had to make do with slow, scrappy ball at the base. Yet at the lineouts they have caused pain for both the Springboks and the All Blacks. They have developed into fine contesters of the opposing ball and work hard to disrupt the flow of ball back from the lineout. Australia’s lineouts have wobbled all season, and it is likely that the Pumas will be targeting this phase of play.

Whist Australia have welcomed back both Israel Folau and David Pocock, Michael Cheika has decided to persist with Kurtley Beale at flyhalf, despite last week’s exercise showing that the man is not a real 10. He is up against Nicolas Sanchez who has been in roaring form of late, and is likely to test Beale’s defences at the earliest opportunity. Beale is known as being something of a turnstile in the midfield, often missing more tackles than he makes, last week at flyhalf he made 5, but missed two.

It’s interesting to note that Israel Folau has been selected out on the wing instead of at fullback, his preferred position. This might be with two things in mind. The first is to protect him from having to jump and catch the high-ball at the back, and perhaps placing too much strain on a dodgy ankle, while the other might be for him to chase the cross-kicked ball onto the Argie wings.

The return of Folau will certainly boost the Wallaby attack.

The Wallabies will need to pick up their game considerably after last week’s dreary non-event against the Springboks where neither side played with any focus or commitment. The Aussies are undoubtedly the worst attacking side in the competition, with just 5 tries after three rounds. They have made the least carries, the least metres with the ball in hand, and have beaten fewer defenders than anyone else.

They are up against the Pumas, who will produce the carries and meters, who know how to beat a defender and take a gap, but are also likely to miss more tackles and give away soft tries. They will score tries. The Pumas managed 3 against New Zealand last week, and four against South Africa two weeks earlier, but they bleed tries too, and that will be what the Wallabies will focus on.

There is little to choose between the two sides in many respects, but in some critical aspects there are differences. The Pumas are the more attacking side, with a penchant for scoring tries. The Wallabies are the least attacking side and score way less tries. But the Pumas leak tries, the most in the competition, while the Wallabies have a much better defensive record.

This game is going to revolve around whether the Australians can construct and covert attacking pressure. They have struggled to convert pressure into points all season, often opting for the kick at posts rather than going for the try and conversion. They may miss the accuracy of Bernard Foley in the early phases of the game.

The Jaguares will be looking for scoring opportunities throughout the game, and also have the reliable boot of Sanchez and the siege gun longer range of Boffelli when needed.

Based on the first three rounds of the 2018 Rugby Championships, the Pumas simply look the better, more rounded team of the two, and because of that I believe the visitors will win.