Bok Duo To Start for WP. 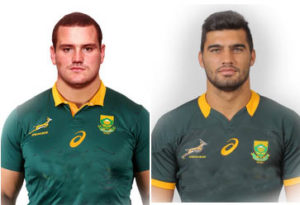 As Rassie Erasmus searches for a solution to his midfield dilemma, he has allowed Damian de Allende to return to his home province for some much needed match practice. Together with prop forward Wilco Louw, de Allende will start for Western Province in their Currie Cup encounter against the Pumas in Nelspruit on Friday.

Although Louw featured in the latter stages of last week’s Springbok loss to Argentina, he is well short of game time, and a start for Western Province will be a valuable exercise in boosting his fitness before the Springboks head over to Australasia for the next two fixtures in the 218 Rugby Championships.

De Allende has been sidelined with a shoulder injury suffered in the final moments of the Super Rugby series, and his presence, enterprise, and midfield nous have been sadly missed by the Springboks in their first two Rugby Championships games. If he can prove his fitness before the Springbok squad heads overseas, he may find himself back in the starting XV in Australia.

A bit of Currie Cup rugby will be a worthwhile exercise for both players.

The Western Province team for the weekend is: