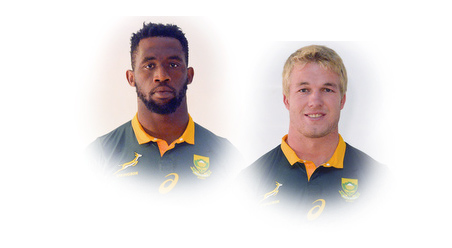 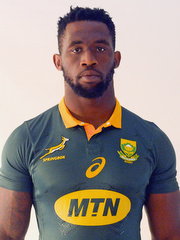 Siya Kolisi will lead the Springboks against England!

Pieter Steph-du Toit will wear the armband against Wales this weekend.

Rassie Erasmus, the SA Rugby Director of Rugby, confirmed the two appointments on Monday morning at a media conference at the team hotel in Johannesburg.

Erasmus, who took over the coaching reins of the Springboks after his appointment in April, also confirmed the Springboks’ 26-man travelling squad for the Welsh encounter in Washington.

The squad members not involved in the Welsh match will stay behind in Johannesburg to continue with their preparations for the coming international season.

Erasmus congratulated Kolisi and Du Toit on their respective appointments. Both men will captain the Springboks for the first time.

Born in Zwide township near Port Elizabeth, loose forward Kolisi is also the Stormers captain and has played in 28 Tests since making his debut at age 22 against Scotland in Nelspruit on 15 June 2013. He has four Test tries to his name.

Du Toit made his debut as a 21-year-old on 9 November 2013 against Wales in Cardiff. He is equally at home as lock and as loose forward and has played in 32 Test for the Springboks, 21 as lock, 10 times as flank and once as number eight.