Home Big Opinions How Low Can You Go? 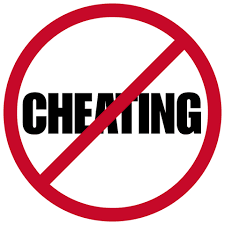 How Low Can You Go?

France’s replacement scrumhalf, Antoine Dupont, went down with what appeared to be a knee injury. He, without any assistance from anyone, started pointing at his head and appeared/pretended to be rather groggy. The medics rushed onto the field, checked his knee, checked his head, and then helped him up, and then off the field.

The “independent” match doctor, who had NOT examined Dupont, decreed that he needed an HIA, a Head Injury Assessment…

This was very important, as an HIA meant that Dupont could be temporarily replaced by the starting half-back, Matthieu Jalibert, who had been replaced earlier in the game. In Jalibert’s case it had also appeared to be a knee injury, but the match doctor had also ruled that an HIA was required.

If Dupont’s injury had not required an HIA, then he could not be temporarily replaced by the man he had subbed, Jalibert. France would have had to deploy another of their reserves, and that would have meant playing on without a specialist scrumhalf! That would have been especially disastrous for France, as they had already cleared their entire replacements bench!

In terms of World Rugby rules, France would have had to play on with 14 men, unless they could exploit the HIA protocols. And they did……..

This use, or misuse, of the HIA protocol seems to be flying very close to the edge of legality.

Bluntly, it appears to be cheating!

When we relook at replays of the incident where Dupont was injured, there is no evidence of anything that could cause a head injury, but it certainly looks an awful lot like a knee injury.

Consider then that the “independent” match doctor ruled that an HIA was required, before he even examined Dupont….

This problem is compounded by World Rugby’s HIA protocol that states that “identification is either by direct observation or on video review”.

Someone needs an HIA based on a video replay – that is nuts! Even more so when the video replay shows no evidence of a blow to the head…..

Finally, consider the fact that the “independent” match doctor was French….

The incredulity in Nigel Owens’ voice and face was there for all to hear and see, but he could do nothing else, he had to allow France to bring back Jalibert.

The problem is a simple one, how do you prove that an injustice was done? Has Rugby stooped so low that we now have to deploy a truly independent, neutral, medical professional to each game? Someone from, say New Zealand, to attend a game in London or Paris?

Or do we change the rules?

If you have cleared your bench of replacements and one of your players is seriously injured and has to leave the field, must you bite the bullet and play on with 14 men, or should there be some protocol that allows a player who was not subbed for medical reasons to return to the field of play?

Forcing a team to play on with 14 men is fraught with problems. Firstly, you would be encouraging players with possibly serious injuries to stay on the field. Back in 1964 Springbok wing Jannie Engelbrecht famously played on for Western Province against Northern Transvaal, with a broken collarbone. In the context of the modern game that would be simply stupid.

Second, you could swing a tight game by forcing one team to play with reduced numbers. You are in danger of destroying the contest on the field.

What is fair for the spectators? What action will allow the contest on the field to continue as fairly as possible?

Can a player “self-diagnose” his apparent head injury, in the way Dupont did on the weekend? I do not want to be the doctor faced with the ethics of overruling that self-diagnosis without conducting a whole range of tests……. The word “Malpractice” looms!

As matters stand, the system is not working.

The whole protocol is exposed to potential misuse and outright cheating. It was abused on the weekend and it will be abused again, unless it is fixed.

And, for the jingoists amongst us, do not suggest that it is the French who are the only cheats… I remind you of Bloodgate, back in April 2009, when Harlequins gave their wing, Tom Williams, a fake blood capsule to bite on, allowing Nick Evans back onto the field in a critical quarterfinal match.