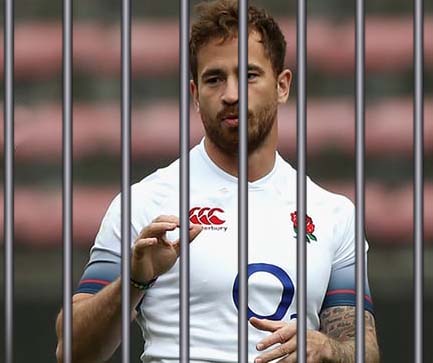 Danny In the News, Again…… 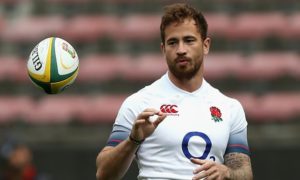 Danny Cipriani is his own worst enemy.

The multi-talented England international is blessed with sublime skills and wonderful rugby instincts, yet he has never quite lived up to the promise he showed when he burst onto the scene as a 20-year-old in 2008 with an eye-catching international debut. He has only earned 16 caps in the following decade, as he has gone his wayward way with disciplinary problems and high-profile off-the-field incidents making more headlines than the quality of the rugby he plays.

In 2018 Eddie Jones recalled him to the England squad after a ten-year hiatus, and he showed his massive potential playing in the final Test of England’s June tour to South Africa.  He was also was included in England’s pre-season training camp in August.

Unfortunately, the Devil inside Danny has again revealed itself, and he now faces a battle to save his career after he was arrested and hit with five charges including assaulting police following a nightclub incident while on Gloucester’s pre-season tour in St Helier. This latest incident may just be the last straw that breaks his career. Eddie warned the fly-half over his future conduct when he recalled him to the squad.

Cipriani has been charged with common assault after an incident at a Jersey nightclub in the early hours of Wednesday.

Cipriani will stay in custody until he faces the magistrate on Saturday for charges of common assault, larceny, assault on police, resisting arrest and being disorderly on licensed premises.

Gloucester said in a statement: “Gloucester Rugby are very aware of an incident involving Danny Cipriani in the early hours of Wednesday morning following an incident at a St Helier nightclub. He was arrested and has since been charged.”

It is understood the incident occurred following an altercation with a bouncer outside The Little Drift nightclub when Cipriani tried to take a drink outside the premises.

When Cipriani was asked about his recall to the England squad, he said: “My philosophy hasn’t changed; I’m trying to become a better rugby player and I’m in the right place to keep learning and play well. I’ve got back in, right now I’m in there and I’ve got to do everything I can to stay there.”

The Devil Inside Danny was not listening………………