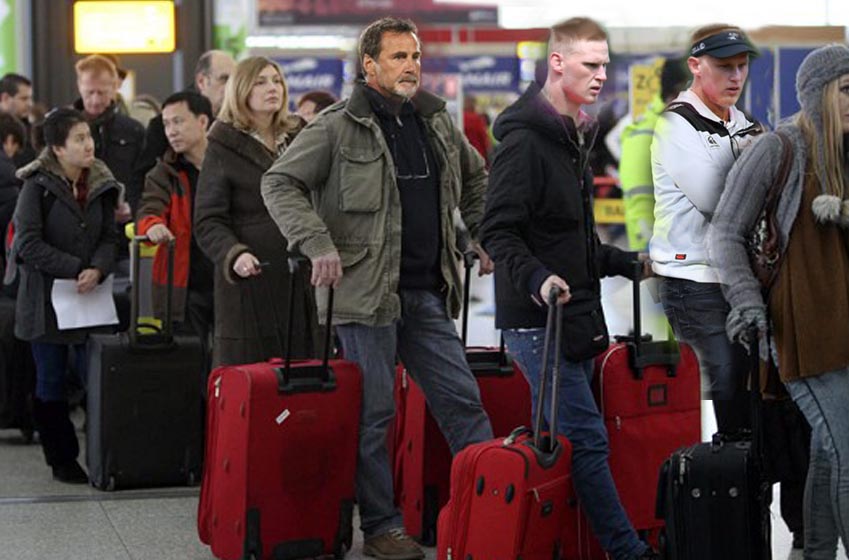 Much like political refugees fleeing some banana republic after a failed coupe d’état, the Du Preez family are hurriedly fleeing Kwa-Zulu Natal.

The first to go was Robert du Preez Junior, off to play his rugby for Sale Sharks in England.

He was just the first.

Next was his Dad, Robert Senior.

Hot on the heels of the news of Robert Senior’s departure from the head coach’s office, comes the news that the last two members of the family on the Sharks payroll have also gapped it.

Sale Sharks have confirmed that Jean-Luc and Daniel du Preez will join the club on long-term deals ahead of the 2019/20 Premiership season.

The brothers had originally signed short-term loan contracts with Sale Sharks for part of the coming season. However, the departure of their father as Head Coach of the Sharks seems to have triggered a rush of loyalty in the twins, and they immediately started to negotiate their release from their contracts in South Africa to allow them to join Sale Sharks permanently.

Jean-Luc and Daniel will start training with Sale at Carrington from August 1 along with older brother Robert and Akker van der Merwe. Coenie Oosthuizen is required by the Sharks for their upcoming Currie Cup campaign so will link up with the Sale squad later in the year.

I wonder whether Robert (Snr) is joining the family rush to Sale? He has already been replaced by Sean Everitt as the Sharks’ Currie Cup coach.

We wish the luck, wherever they go, although I m sure some Sharks’ supporters will be looking forward to a fresh start without the familial connections?