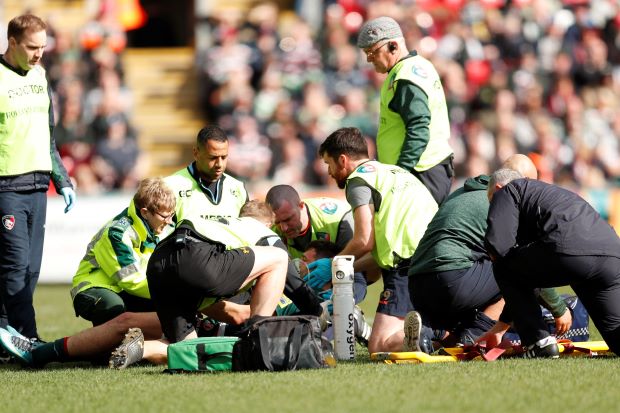 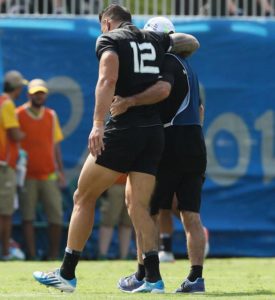 The 18-team Super Rugby format of 2016 and 2017 was doomed from the very first. Too many teams, too many fixtures, too much travel, too many mediocre teams, and simply too much rugby. Spectators, fans, and even idle TV channel hoppers were bored out of their skulls by the constant menu of rugby, rugby, rugby, often of a boring going-through-the-motions nature. It was like having to eat the same bland popped wheat cereal for every meal, for the rest of your life.

Except, perhaps, when one or more of the local derbies was broadcast on the television, or featured in your local stadium. You got some fruit yoghurt, perhaps a little honey, to go with that popped wheat.

Some of those derbies were equally boring. When Australian sides clash in their local derbies it somehow always deteriorates into an arm-wrestling slug fest. Safety first rugby with a visible dread of making a mistake that might give the other side a chance.

The New Zealand derbies were frequently spectacular. The New Zealanders play with such pride in their team and colours that the derbies often resemble Test match rugby in intensity and the power of the collisions. Their in-bred skills come to the fore as they throw everything, including the kitchen sink, at each other. It is like two bull elephants clashing. 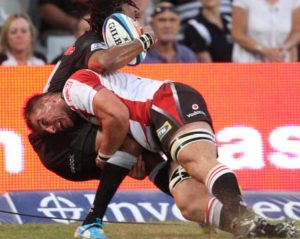 The South African derbies, between the bigger sides, often produced very good rugby too. Perhaps slightly less spectacular that the New Zealanders as the South African style of rugby was somewhat dour and forward orientated. But a clash between the Bulls and the Stormers, or the Lions and the Sharks lacked nothing in intensity and purpose. The brutality remained the same.

The derbies produced the intensity that fans of the game wanted, for one very good reason. Top the log in your own country, and you were assured of a place in the playoffs. Even if the Aussies produced dour rugby, it was about winning and finishing the season on top of their conference log. Games against South Africans and New Zealanders did not carry as much weight, though a win or two would help, but if you beat everyone in your own conference, and added a couple of the minnows from elsewhere, you were in the playoffs!

These derbies were the only saving grace of the18-team Super Rugby format.

Each team played six derbies, which were usually crowd magnets for the hosting stadium (unless they featured the Kings or the Cheetahs against one of the South African Big Four, or against each other….)

In an overly long and complicated season the derbies were “must win” games. They brought some interest to the competition, and they provided for some entertaining rugby too.

There was one small issue with the derby games.

They produced more injuries to the players than did the regular cross conference games.

The intensity of the games, the focus and ferocity, the physicality of derby games inevitably resulted in injuries. Some were minor, every rugby game produces its share of lumps and bumps, strains and contusions, minor concussions even. Often, however, the injuries in such games are serious.

Some injuries were season-ending, some put players out for weeks or months. In some cases the injury ended the career of the player.

2018 rolled around. The Sanzaar functionaries finally realised that their attempt at world domination was failing miserably, and their woe-begotten 18 team format went into the can. Super Rugby rolled back to the 15 team format. Three teams were booted from the competition, and the weirdness of a four conference structure was abandoned.

The trimmed back competition now features eight internal derby matches per team, giving the fans more of the intensity, the ferocity, and quality of rugby that had gone missing in 2016 and 2017. The structure is still flawed, there are still too many teams and too many non-entities such as the Jaguares and the Sunwolves. The Reds playing the Sunwolves might be termed a derby because they are both in the Aussie conference, but that is to denigrate the term and meaning of the word “derby.”

But there are still many more derby games in the S15 than in the S18 format! It is usually compelling viewing, watching thirty muscular behemoths battering the bejesus out of each 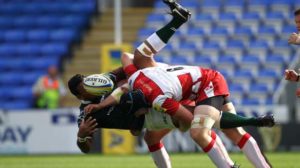 other while producing moments of sheer brilliance, magic rugby, and super skills.

Television viewer numbers are, reportedly, on the up again, although some of the stadia remain echoingly empty. Not all, mind you. Look at the crowd that turned up to watch the Bulls host the Stormers at Loftus. It was the biggest crowd Loftus had seen in three years! Even Kings Park is seeing the spectators dribbling back into the vast numbers of empty seats.

The only problem is, gee whizz, the players themselves are taking a pounding!

The intensity, the quality, the excitement, and the brutality of these derby clashes might make for compelling viewing, but the toll on the players is starting to mount.

The incredible injury toll suffered by all the Super teams in the first eight weeks of the 2018 season is very possibly a direct consequence of so many local derbies. 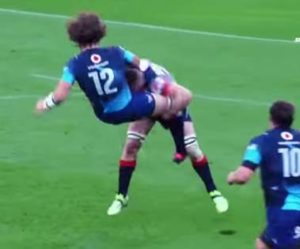 The evidence is there to suggest that the injury count is significantly higher when two local teams contest a derby match.

The toll of injuries to players in 2018 has been enormous. Think of the Lions, missing their captain Warren Whiteley, their vice-captain, Jaco Kriel, they are also without Ross Cronje, Rohan Janse van Rensburg, Courtnall Skosan…. These are all men who have a Springbok cap or two under their belt.

Over in New Zealand the Crusaders are playing without Kieran Read, Owen Franks, Israel Dagg, Joe Moody… They have had Sam Whitelock and Ryan Crotty both concussed during a match against the Hurricanes. All Backs one and all..

The Chiefs have as many as 13 regulars in the rehab squad, joined this week by Damian McKenzie, George Moala and Jerome Kaino  – three more All Blacks.

The Stormers are missing a host of regulars, big names too, Etzebeth, Myburgh, Mbonambi…….The Sharks have had their fair share of injuries, the Bulls too. Most of them incurred during those derby matches. 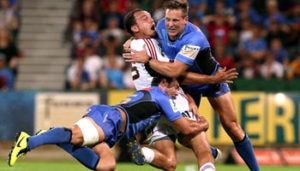 Australia has its share of derby related injuries too, though their derbies do not produce quite the same kind of casualty lists, perhaps because the games are slower and more of an arm-wrestle? (Of course, the Jaguares and the Sunwolves have no such “local” derbies, so it is interesting to speculate that their somewhat less serious injury levels are as a result of less intense games?) 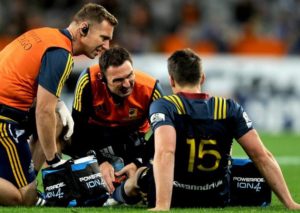 I would venture to suggest that there is a genuine question of sustainability as the toll on the players mounts. And it is not just the injuries that are mounting, the mental and physical fatigue is starting to take effect too. Much has been made about the Stormers recent spate of poor results. Consider that they have been on the road since the second week of the season, with just 3 home games in the eight they have played so far, which included a three game tour to the Antipodes and two away game derbies in the last two weeks. Something had to give…..

The players cannot physically or mentally keep giving as much as they do, in derby after derby, and still keep on trucking for the non-derby games, the tours to foreign shores, and then the prospect of yet another derby just around every corner.

Super Rugby might be better off, as a sellable product, now that the Super 18 has been dumped and Super 15 revived, but it is coming at a huge cost to the geese that need to lay the golden eggs. The players are getting hammered!

The whole competition is, of course, held to ransom by the broadcasters. They want as much high-intensity rugby as the sport can provide. Exciting and entertaining, and sellable….