Home Snippets Eddie wants Brad, but the Kiwis say No! 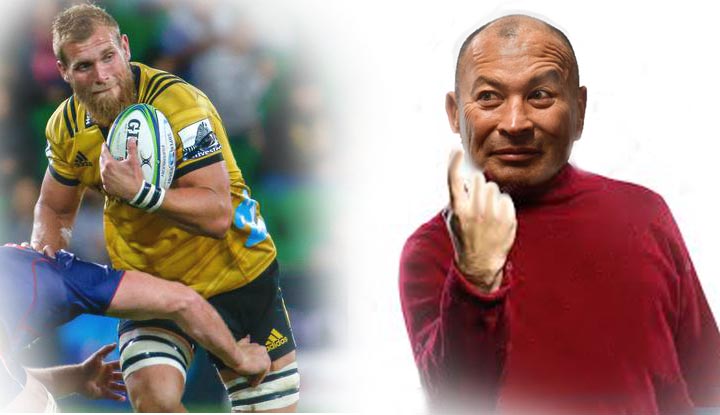 Eddie wants Brad, but the Kiwis say No! 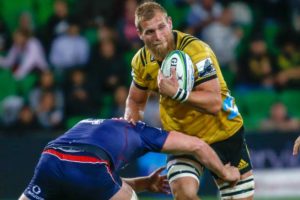 The entire issue of players changing countries and becoming eligible to play Test rugby for their newly-adopted homeland has again reared its ugly head.

This time it is a born and bred New Zealander, Brad Shields, who is in the spotlight.

You see, Eddie Jones wants him to play for England.

We also know that Brad wants to play for England. He has said as much.

Brad is leaving New Zealand at the end of this year’s Super Rugby series. He will join Wasps as soon as he gets to England.

Brad qualifies to play for England, because his parents were born in England.

Brad himself? Well, he was born in Masterton, New Zealand. He has played rugby for New Zealand too. He played in the New Zealand U/17 team in 2008, and he represented New Zealand in the 2011 IRB Junior World Championships, scoring a try in the 5 matches he played.

He has played all his rugby in New Zealand, representing Wellington and the Hurricanes. He captained the Hurricanes when they beat the British & Irish Lions in 2017.

And then, in November last year, he declined a call-up to the All Black squad to tour the north. He said that he was thinking of going to play for England.

All that is good.

He has the right to choose where he wants to play rugby, despite having represented the country of his birth on a number of occasions, albeit at a junior level. He can choose to be English, even if he was a keen and willing member of the All Blacks squad in 2012 and in 2016.

There is just one little issue that bothers.

Your see, Eddie Jones wants Brad to play for England in the mid-year Tests against South Africa. In just two months time!

Which is just wrong on so many levels.

Brad Shields has signed a contract with the New Zealand Rugby Union, a contract that all professional players in the country have to sign. It is a contract which clearly states he is only available to play for New Zealand teams.

All Super Rugby players whose eligibility has not already been captured by another nation, have to sign what is known as Schedule Three as part of their contract.

“I don’t think you should jump to the conclusion that he will be available from our point of view,”NZR chief executive Steve Tew said.

“He has signed to New Zealand and he is contracted to play for New Zealand teams until the end of Super Rugby.

“We have a New Zealand player who is contracted to be here until the end of that competition and that would be our expectation. We are obligated to release players who have signed to play for other countries so they have made themselves unavailable for New Zealand.

“We always make sure that occurs and that is of particular relevance to the Pacific countries. But in this instance, Brad has signed a contract that makes him available for New Zealand teams.”

But Eddie Jones has reportedly been granted permission by the England’s Rugby Football Union to select Shields in June even though the 27-year-old will still be contracted to the Hurricanes.

The RFU has a policy of not picking players for England who don’t play for English clubs although they will grant exemptions.

We are told that England, aware that NZR will cite Schedule Three, and refuse to release Shields for the June series, will happily go to court and argue that NZR’s stance contravenes World Rugby’s Regulation Nine – which states that all players must be released from club commitments during the agreed June and November international windows.

Effectively the RFU will say Schedule Three can’t be considered binding and that NZR has no legal standing to deny contracted players from playing test football for another nation if they switch their allegiance during the term of an existing contract.

England say that the legality of Schedule Three will be tested in a court of law if New Zealand refuse permission for Shields to play for England.

NZR has either historically agreed to let players represent another country during the lifetime of their Super Rugby contract, or individuals have been content to wait until their contract expires before they switch allegiance.

Like Shields, Francis signed Schedule Three of the contract and, although he was born in England, his eligibility hadn’t been captured before he was offered a Super Rugby contract.

He was six months short of serving a three-year eligibility period in New Zealand. But when Jones sought permission to pick Francis to play Argentina in June last year, NZR agreed despite the fact the No10 was still under contract with the Blues. Francis has since returned to England and plays his rugby there.

Somehow the entire issue seems a little underhand by the English. They do have a willing recruit, Brad Shields wants to go to England, he wants to play for England.

But he is still a New Zealander, with a New Zealand passport, and is playing his rugby in New Zealand at the moment. He has a contract with NZR and the Hurricanes.

And England are happy to throw a cat amongst the legal pigeons of New Zealand rugby and their system of central contracting so that they can pick a player, who has never practiced with an England squad. Who does not live in England. Who has never lived in England.

And who has NEVER played rugby in England……….

There is something very wrong there.