Home Snippets A Hungry Bull? Or is it a Lot of Old Bull? 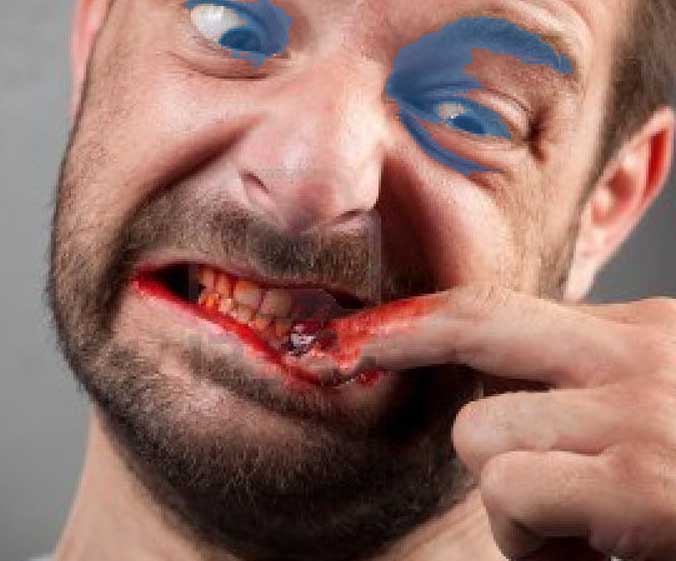 A Hungry Bull? Or is it a Lot of Old Bull?

Sharks bite, that is how they get a meal. So do Lions. No biting, no lunch.

But Bulls? I thought they were vegetarian?

Sometimes you need  snack during a long afternoon of rugby.

Bulls prop Pierre Schoeman has been accused of biting Rebels’ loosie Richard Hardwick on the stomach during their Super Rugby clash in Pretoria.

Schoeman must appear before the SANZAAR foul play review committee with the case to be heard on Monday afternoon.

Schoeman wasn’t penalised for the alleged foul play, which occurred in the 58th minute of the Rebels’ 28-10 loss. Rebels captain Tom English alerted New Zealand referee Ben O’Keeffe to “evidence on Hardwick’s stomach”, but it was ignored.

For a matter to be dispensed with at the initial phase, Schoeman must plead guilty and accept the penalty offered.

The Rebels take on the Stormers in Cape Town on Saturday while the Bulls are set to host the Highlanders in their next game.

Schoeman is shifting to Scotland on a three-year deal with Edinburgh once the Super Rugby season is complete. A ban for eating on the job might just put his plans on hold for a while!