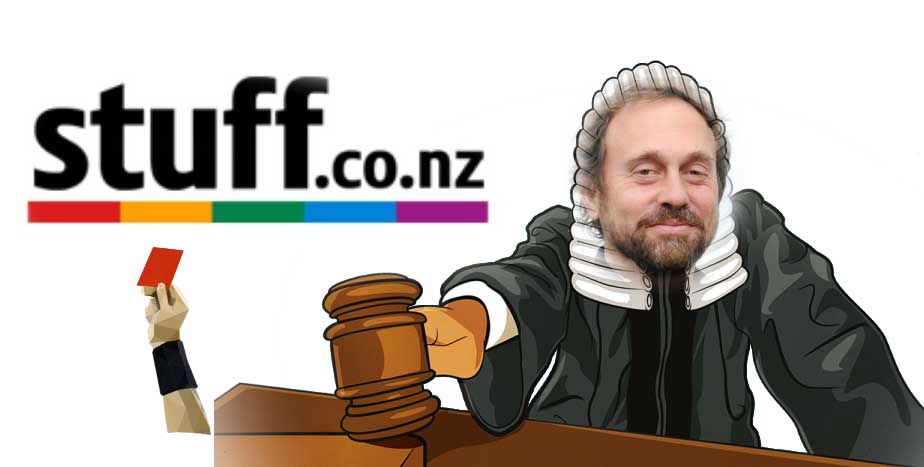 It is still broken!

Those that read my article titled “It’s Broken” posted on the 30th May, in which I commented about the dysfunctionality of the Sanzaar Judicial system, and the NZ-skewed sanctions applied by the judiciary will see that I am not alone in questioning the whole system.

Stuff.nz.co columnist Mark Reason writes about the same subject in an article titled:

Reason writes: Nigel Hampton QC may well have acquitted Hannibal Lecter on the grounds that his victims changed their body positions at the moment at which he bit them. Lecter didn’t intend to rip off their ears. But because the prison guard winced just before impact, Hannibal the Cannibal found his jaws in an unnatural position.

It is hard not to imagine what fantasy world Hampton is living in after he let Liam Squire walk free on Sunday night. Squire’s behaviour in the first half of the match against the Hurricanes was a disgrace. An extraordinary proportion of his actions were illegal and designed to hurt the opposition.

But once again an All Black is excused by a New Zealand referee, a New Zealand TMO and a New Zealand foul play chairman. This doesn’t just look bad, it is bad. We are heading back into the dark days when home town officials used to say “our ball”.

Hampton said in his findings “At the very last moment the other player dropped down on his knees (possibly, in part, as a result of the actions of other players), and brought his upper body, shoulders and head up, directly into the line of the committed Squire.

The resulting impact between the two, which was not of significant force (and did not require any HIA), was virtually instantaneous. In these circumstances the citing was not made out on the evidence.”

Reason goes on to say: “Much of this is nonsense. Firstly, there was no significant change in the position of Perenara. Secondly Squire was looking at him all the time. Thirdly Squire made no significant attempt to bind, but used his shoulder as a tool to hurt. It was reckless, it was violent, it was deliberate and contact was made to Perenara’s head.

Perhaps the QC should come down from his ivory tower in the Hamptons and have a look at Squire’s behaviour in the first half of that game against the Hurricanes. The first time he carried the ball Squire led with a forearm into the chin of Ricky Riccitelli. I remember Bismarck du Plessis being sent off in a test match for doing that to an All Black.

Squire pushed Nehe Milner-Skudder off the ball to stop him supporting. He then took Perenara out at the ruck. Two minutes later he was at it again, hitting the half back with his shoulder and then pulling him to ground. There was then a swinging arm, a niggly forearm and an attempt to hurt Beauden Barrett with a shoulder that only succeeded in nearly concussing Tevita Li.

Squire then hit Julian Savea with a late shoulder charge well after the wing had passed the ball. Moments later Squire whacked Savea in the head with a swinging arm. Savea was so incensed that he tried to club Squire with a punch and it was hard not to sympathise.

Squire’s behaviour had no place on a rugby pitch.n The only reason that Perenara did not need an HIA, an apparently significant factor in Hampton’s judgement, was because the halfback instinctively pulled back just before the blow, like a boxer swaying from a punch.

It was malevolent and intentional, assertions all but proved by the context of Squire’s behaviour in the match. In the second half after Squire returned from a yellow card, his game changed completely. There was no more thuggery and Squire played superbly.

But as incredible as Hampton’s ruling is the fact that the match officials also took no action other than the award of a penalty. Should we be surprised? The week before, TMO Aaron Paterson informed referee Glen Jackson that there was time for a scrum, when time had elapsed by over a second when Jackson had blown his whistle. The error earned the Chiefs a bonus point and cost the Waratahs one.

You wonder what the Aussies make of this. At the start of the season Brendon Pickerill correctly sent off Scott Higginbotham for a shoulder to the head.

Hampton then gave the player a three-week suspension, although bizarrely stating that the sentence had been reduced because of a lack of injury to the opposing player. Yet Squire, with a test series against France coming up, walks free for striking a player’s head with his shoulder.

You wonder, too, what the French make of it. They have two players absent from the series due to suspension. Sebastien Vahaamahina received a week for pushing his hand into an opponent’s face and another two weeks for showing the crowd the finger. Hmmm.”

The case for the prosecution gets stronger each week as the southern hemisphere judiciary’s ongoing lenience to All Blacks is highlighted again and again.

Somewhere, somehow, sometime this has to stop.