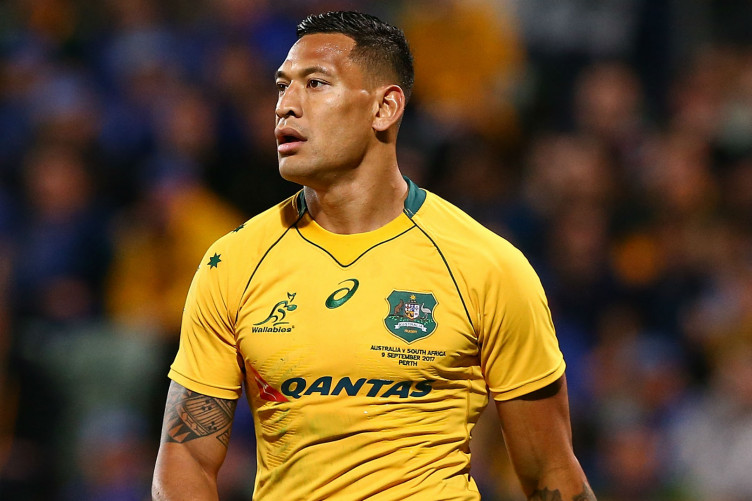 Izzy moving again, is he? 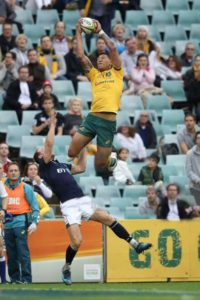 Much like Sonny Bill Williams on the other side of the Tasman, Wallabies superstar Israel Folau has something of a reputation for switching codes and jobs as the whim takes him.

That is his right.

There can be no argument offered that suggests that he should choose one career and stick with it. His physical attributes, abundant talents and skill sets can be applied to any number of sporting activities, from the oval ball games of the AFL, to League, to Union, and even Basketball. I guess that he could be a very good fast-bowler in cricket too, with that tall, whippy frame and his athletic suppleness. Maybe a swimmer, with those long arms and legs. (Not sure about boxing, which has been the preferred option for SBW.)

Of course, that makes Izzy a very marketable commodity in this day and age where talented sportsmen and women are traded between clubs and countries, and the highest price rules.

He is already the most expensive player in Australian Rugby Union.

Much has been said and written about the amount of money Australian Rugby pays for their top four stars (Folau, Beale, Hooper, and Pocock) while very little money is being spent on the development of the game down at grass roots level.

The entire imbalance is emphasised when we hear that Israel Folau is considering a move to the Reds in Brisbane for 2019.

We know that Australian Rugby are desperate to keep Izzy in the game. Rumours of him switching codes and abandoning union surface with monotonous regularity, and every time that happens a cold wind blows down the spine of the AR administrators, who leap to the nearest microphone to deny the rumours and emphasise how valuable Izzy is for them and how much they love him, even when he is in breach of their protocols and initiatives promoting gender equality and freedoms.

AR are desperate to retain the services of Izzy, both for the impact he might make at the 2019 Rugby World Cup, but more importantly, as the most recognised face in Australian rugby.

Every time a rumour surfaces that suggests he might leave rugby union, his annual salary cap bounces up a couple of notches.

So, the Australian Rugby administrators will not be too concerned about the rumour that he is switching from the Waratahs to the Reds.

Izzy, of course, knows when he is on a good wicket, so he plays the rumours with circumspection, neither conforming nor denying….. He knows that the Waratahs will continue to pay top dollar for his services, and the Reds would too.

Let them bid for his services! He is very likely to sell to the top bidder!

At a recent media session, the Waratahs fullback said he was aware of the “rumours” about a move north but described them as “white noise.”

Born in western Sydney, Folau moved to Brisbane in his early teens and played for both the Broncos NRL club and the Queensland Origin rugby league side.

He spent two years each at the Melbourne Storm, Broncos and AFL club Greater Western Sydney, but has spent the last six seasons playing rugby with the Waratahs.

Fronting the media on Tuesday, Folau gave no indication he was about to re-sign and, perhaps ominously for the ‘Tahs, he talked about having many options.

Cue: Another chill runs up and down the spines of the AR suits.

Asked about the speculation surrounding a move to the Reds, Folau said: “I know there’s rumours going round.”

“But not from my end in the sense that my management are taking control of that.”

“So it’s a bit of white noise in the background, but nothing to worry about from my end.”

“There’s no timeline. I’m just going to take my time and see what best for me.”

“There’s so many options I guess from my point of view, that I’ll have a look at once the season comes to an end.”

“But at this stage I’m just thinking about the game on the weekend.”

Folau said there were a number of factors he would take into consideration before making his decision.

“My family and where I’m at at this time of my career, I’m not even thinking about it at the moment,” he said.

This story is not over yet.