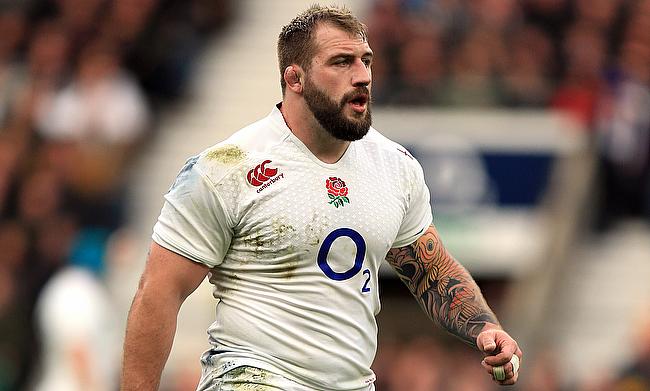 Marler, who has 59 England caps, said that he was making the decision to spend more time with his family.

“It has been an honour and a privilege to represent my country and of course this has been a very difficult decision to make, but I have decided to retire from playing international rugby with immediate effect to spend more time with my family,”said the 28-year-old.

“It is an incredible commitment to play rugby for England and I strongly believe that if you are unable to give yourself fully to it then it is time to step away. Otherwise it would not be fair on the team, or my family. Being with England you have to spend an incredible amount of time away and I could not do that anymore.

“So now is the time to walk away and get some new blood in the team. And I am looking forward to being able to give my wife and children more of my time.

“I would like to thank everyone at England for the opportunities that I have been given. I will always be grateful for the memories playing for my country has given me.”

Having represented his country at U18 and U20 level, Marler won his first Senior England cap during their 2012 tour to South Africa.

By the time he made his 42nd international appearance against France in March 2016 he had played in a World Cup and missed only four matches since his debut.

A fiery individual who had difficulty controlling his temper, his career was regularly interrupted by suspensions and disciplinary problems.

In May 2016 he voluntarily withdrew himself from the England team to tour Australia in the mid-year Test season, publicly citing his disciplinary problems as the primary reason for standing down from the team.

The 2016 season had seen a low point in an already chequered career when he was suspended for 2 weeks and fined £20 000 for calling Wales prop Samson Lee a derogatory name (gypsy boy) during the 6-Nations Test between their two countries.

In the aftermath of these incidents Marler met with sports psychologist Jeremy Snape in an attempt to find some way of controlling his wayward behaviour and uncontrollable rage of the field of play. The therapy sessions were one of the reasons for his withdrawal from the England team to tour Australia.

The sessions with the sports psychologist did not seem to help much as the 2017 season continued with Marler continuing with his wayward fury. He was given a citing commissioner’s warning for his role an incident where he pulled Wasps’ flanker Haskell’s scrum cap and then squirted water in the face of his England and Lions team‑mate. The citing commissioner said that the incident was worthy of a yellow card as it was contrary to good sportsmanship.

That commissioner’s warning would remain on Marler’s record for five years and will be taken into consideration in any future disciplinary hearings.

When 2018 rolled around, Marler had again become something of a liability to his teams. Less than two years after the self-imposed sabbatical from the international scene, his erratic on and off-field behaviour was once again proving a serious concern.

Opponents found that it was increasingly easy to goad the prop into losing his temper on the field, and happily exploited this weakness on countless occasions throughout the 2017/18 season. He eventually received a six-week ban for retaliating to a TJ Ioane cheap shot by aiming a shoulder at Ioane’s head.  In the corresponding fixture with Sale in October 2017 he was lucky to escape a red card for aiming a swinging arm at Will Rowland’s head.

That game ended as he completely lost the plot and attempted to attack a spectator who had apparently “verbally abused” him. He was restrained and then hauled away by his teammates.

Disciplinary issues aside, Marler has been a powerful scrummaging member of the England pack since 2012, although there are many that have suggested that his scrummaging technique often bordered on the illegal.

England head coach Eddie Jones said: “Joe is a great player and team member so I am disappointed and we will miss him. But he has made his decision on personal grounds and we understand his reasoning.

“He’s a good guy – an honest, mature person who understands the demands of the game and the demands of family life. I have got to admire his honesty and the way he has gone about this.”

Marler, who joined the Harlequins Academy in 2008 and has now made over 170 appearances for the club, scoring nine tries, added that he was now looking forward to concentrating on his club career.

“Harlequins has been my life for the past 10 years and I have enjoyed some wonderful times here and I am looking forward to many more to come,” he said.

“We are hungry for success at The Stoop and I am determined to play a full part in achieving that again for the club.”