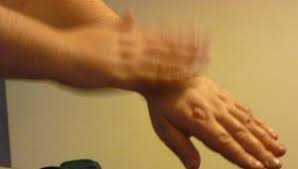 I have previously been strongly critical of Sanzaar’s judicial processes and the leniency of sanctions applied to those who transgress the rules and laws of the game of rugby. I have written about the issue on numerous occasions during the last four years, with as many as three articles in 2016!

I am forced to write about it again.

Sanzaar’s entire sanction process is weirdly at odds with the prescripts of World Rugby. Precedent set elsewhere in the world, particularly in Europe, is simply ignored by Sanzaar’s judicial officers, and the sanctions imposed on players found guilty of transgressions of the Laws are often simply a gentle slap on the wrist when somewhat more severe punishment is called for.

In 2018, I can comfortably report, without fear of contradiction, that nothing has changed. 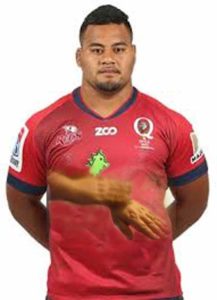 Red’s prop Taniela Tupou, having escaped on-field sanction from the match officials, (unsurprisingly, Marius van der Westhuizen was the referee) was cited after the Reds vs Stormers match at Newlands two weeks ago. He had executed a head-high no-arms shoulder charge on Stormers’ wing Craig Barry that surely deserved the attention of the on-field officials. Somehow the entire incident slipped their attention, even the TMO was not watching.

The Citing Commissioner was not quite as blind. He cited Tupou for the incident, stating that he believed that it was worthy of a red card.

Replays of the incident certainly appear to indicate that Tupou’s tackle was late, high and that he used no arms. (You can view the clip of that moment at the top of this article.)

However, SANZAAR came to the conclusion that the incident did not breach the red card threshold.

The decision was in direct contrast to the views of experienced analysts such as Nick Mallett and Naas Botha, who said immediately after the match:

“I do not know how this foul went unpunished. It was impossible for all four (referee, two assistant referees and the television match official) to miss it,” Mallett said.

“It was a clear-cut red. There was no argument. It was a straight-forward decision. Red card,” Botha believed.

A SANZAAR judicial committee hearing determined that Tupou contravened Law 9.11 – Players must not do anything that is reckless or dangerous to others.
But Tupou was issued only a warning under Rule 8.5 of the SANZAAR disciplinary rules.
SANZAAR stated via a press release: “A warning can be issued for acts of foul play that are viewed by the committee to come close to but do not warrant the player receiving a red card,”

The SANZAAR judicial hearing panel, held via video conference last Tuesday, the panel consisted of Robert Stelzner SC (chairperson), Mike Mika and David Croft.
In the finding handed down by Stelzner, the committee ruled the following:
“Having conducted a detailed review of the citing commissioner’s report and all the available evidence, including all camera angles and additional evidence, consisting of a written statement from the player’s opponent, Craig Barry, and from the Stormers’ physician, oral evidence from the player himself and the submissions from his legal representative, Mark Martin QC, the judicial committee concluded that the level of offending did not breach the red card threshold yet warranted a warning under the above rule.
“The judicial committee concluded that the player, whilst attempting to use his arms, failed to properly grasp his opponent in the tackle, which resulted in the point of contact being between the player’s right shoulder and his opponent’s upper chest area, causing the opponent to bounce off the player. An inadequate attempt to grasp his opponent immediately before the point of impact resulted in the action being reckless as to the consequences thereof.  This was in contravention of Law 9.11, and close to, but not crossing, the red card threshold. As a result the judicial committee issued the player with a warning.

“The player is therefore free to play.”

I am sorry, Messrs Stelzner, Mika, and Croft, but your finding is simply ridiculous. It is totally at odds with the video evidence! Tupou clearly made absolutely no attempt to use his arms, except to shove Barry away after contact had been made. His left arm is visibly tucked between his chest and that of Barry, and is used to shove Barry after the hit. The right arm was not used in some ineffectual attempt to grasp either, it was also used to shove the opponent as if he were a tackle-bag.

As I have said before:

Rugby has a judicial system for dealing with the naughty boys in our game. The Judicial system is well regulated, published by World Rugby, and all the procedures and processes are defined and tested.

And it would be better if the judicial system functioned with some kind of consistency!

During the last number of years we have been thoroughly entertained, or frustrated, depending on your point of view, by the serious inconsistencies between the World Rugby Judicial Process, as it functions across the rest of the world, and as it is applied by Sanzaar and their judicial functionaries.

Without digging into the history of SANZAAR’s slap on the wrist and wagging a finger at naughty boys when they appear before a Duty Judicial Officer, let’s just say that it appears that SANZAAR have their own set of rules and standards of sanction compared to those applied by the rest of the world.

In my article reviewing the Super 15 season I banged on about the system of judicial review and the manner in which it was failing both the sport of rugby and the myriads of spectators who are the lifeblood of the game. I have repeated these sentiments in no less than six artciles since then.

I have discussed the failure of the judicial system and the limp wristed and ill-considered responses to on-field indiscretions.

The punishment meted out by SANZAAR’s judicial officials is frequently laughably mild, and in direct contrast to the more serious approach of our northern hemisphere brethren. I quote a couple of examples:

“A player knees another in the back during a Six Nations clash and gets a 10-match suspension. Down south a player slams his fists into the face of another and gets a week off from the game, with official praise for his promptness in acknowledging his guilt.”

The complete, and baffling, inconsistency of punishment imposed by the Sanzaar judicial officials in 2016 has continued on into 2018.

A direct assault on another player, involving fists to the face, elicits nothing more than a one or two-week suspension, often coinciding with a team bye which effectively means no suspension whatsoever.

A player gets his arm around another’s neck, tightens his grip in a chokehold worthy of the World Wrestling Federation. (Now called a “neck roll”.) The player is cited and receives a caution for “unsportsmanlike behaviour” and no further punishment. In the same game a player shoulder charges the head and neck area of an opponent, correctly receives a red card for his effort, and the judicial official suspends him for one week!

In almost every hearing conducted by Sanzaar the judicial officials have gone out of their way to explain why there are mitigating circumstances, and why they are reducing the sentence recommended by World Rugby, most usually because the player concerned was “apologetic”, “acknowledged his error or indiscretion”, and had a “previously clean record,” while “conducting himself wholly properly” at the subsequent hearing.

I do not, for the life of me, understand how pleading guilty and conducting yourself wholly properly both before and during the hearing somehow construe mitigating factors.

You have to be seriously delusional if you think that is the way to serve justice!

We can go on and on about the ridiculous way that Sanzaar’s judicial officials go about looking for any excuse whatsoever to avoid punishing a player for indiscretions. We can cringe at the obvious misinterpretations of the visual evidence, finding that are in direct contrast to everything we can see! We can laugh (or cry) about the application of “mitigating factors” even when a player is an acknowledged serial offender. We can yell out in frustration at the slap-on-the-wrist sentences dished out for serious indiscretions.

I am not sure what we can do or say about the lack of consistency in sentencing from one judicial officer to the next.

Somehow, somewhere, sometime Sanzaar and their judicial officers need to find consistency with the guidelines of World Rugby.

We are making fools of ourselves.