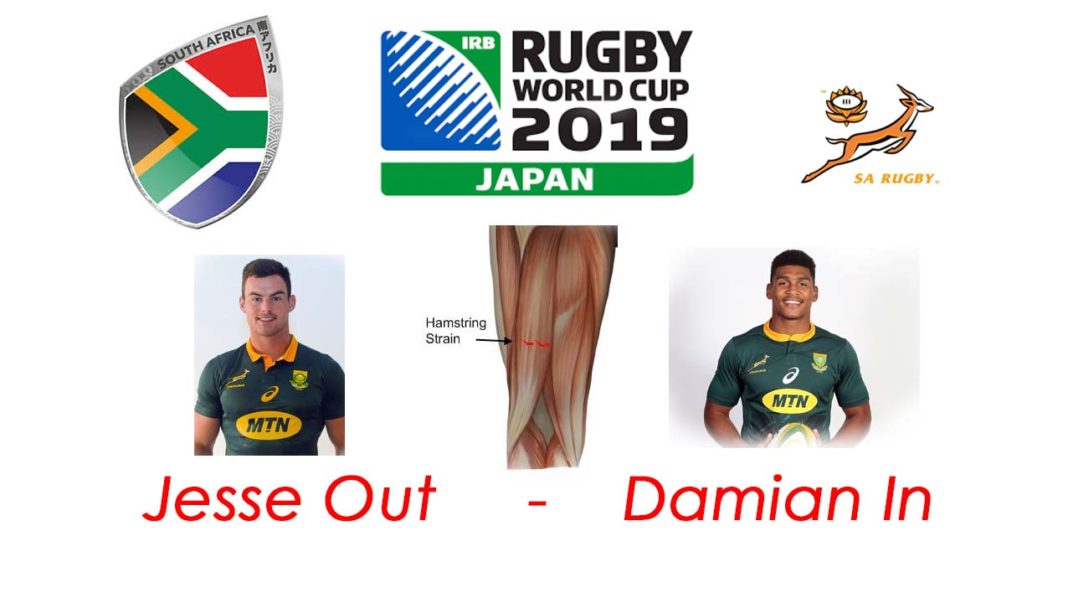 Kriel Out – Willemse In

Sadly for Jesse Kriel, his World Cup campaign is over. The 25-year old centre has been ruled out for the remainder of the tournament by a hamstring injury sustained in the opening match against New Zealand.

He will be replaced in the Springbok squad by Damian Willemse, who has maintained his fitness as a squad reserve by playing for Saracens in the United Kingdom.

The arrival of Willemse provides some relief to fans who have been concerned by the lack of depth at both flyhalf and fullback. The form of Elton Jantjies, the second flyhalf in the squad, has been of serious concern to many, and the arrival of Willemse allows for additional depth in this critical position.

The 21-year old Western Province player can play either flyhalf or fullback, although he prefers the flyhalf role. He adds an attacking dynamic to the squad.