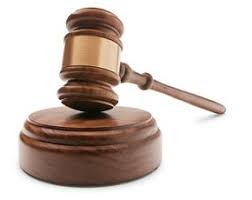 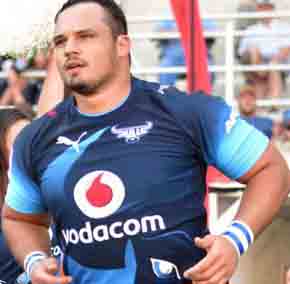 The then 26-year-old forward had suffered vertebral artery dissection in July 2015, ruling him out for the rest of the year. Later in the same year, medical advice suggested he called quits on his career.

“It’s sad to end my career like this, but I have no regrets. I had a good career with an unbelievable group of guys and was part of the best union in the world since I left school. We have achieved so much together and although I would have wanted to go on and play Test rugby in the future, my health and family remains most important. I would like to take this opportunity to specifically thank my wife, Claudine, for her unconditional love and support throughout my career and especially now, as well as my brother Leon,” said Mellett.

Mellett represented the Bulls in 37 Vodacom Super Rugby games and 10 Currie Cup matches. He also played for Tuks in the Varsity Cup and the Junior Springboks at the 2009 World Championship.

Almost three years on, in Mellett is taking legal action against the Blue Bulls Company and the team’s doctor, citing negligence relating to the injury he suffered three years ago.

Mellett suffered the injury during the Bulls’ Super Rugby match against the Kings in 2015.

He alleges that Bulls team doctor Herman Rossouw examined him on the field and cleared him to continue playing in the game despite knowing of the health risks it held for the player. He was later advised to quit rugby because of a blood clot, which is still in his head and could at any time move to his brain.

According to a medical report filed in the court papers, in which the ex-prop is claiming R45-million in damages, a knock to the right side of his neck caused a rapture to the vertebral vein that supplies blood to the brain.

“Immediately after the game, Mellett was off balance, couldn’t feel his fingers and was unable to describe to doctors what [was] wrong. A few hours after the game, he suffered a stroke.”

Jan Lamprecht, the player’s legal representative, says the injury and the consequences thereof have been very traumatic for Mellett.

“His dream to play rugby was taken away in an instant and now he has to walk around with the knowledge that he can die at any moment because of the blood clot.”

The Bulls have already indicated that they will contest the case.

Whilst I am no lawyer, I would guess that the Bulls will defend the case on the bases of “Volenti non fit iniuria” (to a willing person, injury is not done) – The common law doctrine that says that if someone willingly places themselves in a position where harm might result, and knows that some degree of harm might result, they are not able to bring a claim against the other party.

The Americans call it “Assumption of Risk.”

I would presume to suggest that someone who signs on to play professional rugby must know that there is a risk of serious injury attached to playing the game?