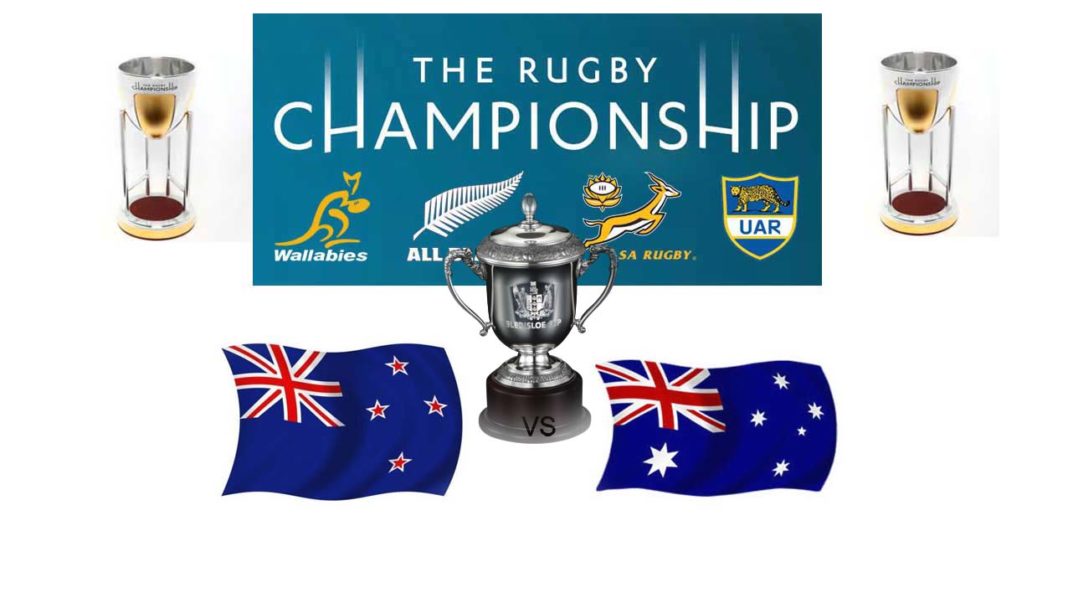 Michael Hooper has said that there is something wrong with the Wallabies and the way they play the game. In his own words: “Something is not going right at the moment in certain parts of our game that we’ve got to cut out.”

Hooper was talking after the All Blacks had again sliced & diced the Wallabies into a rugby version of a fresh garden salad at Eden Park, retaining the Bledisloe Cup for a 16th consecutive year, and adding an 18th consecutive win over the Wallabies at this ground.

Once again, much like the previous week, it was a hard-fought affair, with the opening 30 minutes perhaps even going the Wallabies way. This time, however, it was the All Blacks that scored first, followed by a counter-punch score on the 30 minute mark by the Wallabies that brought the scores back to an even 7 all.

Once again, despite having more than enough possession and enough field position, the Wallabies could not convert their playing advantage into a lead on the scoreboard.

Once again, the All Blacks pounced on the stroke of halftime, as Beauden Barrett scored and converted to give the All Blacks the lead, 14 – 7, going into halftime.

And then the All Blacks took control.

After the break the All Blacks stepped up a notch or three, focussed on the Wallaby ruck and tackle ball and simply punished the Wallabies with turnovers, while playing their usual up-tempo running game that takes the ball away from the contact zone and looks for the opportunity to penetrate, going forwards all the time.

To rub salt into the Wallaby wounds, flyhalf-extraordinaire Beauden Barrett was playing the game of his life as he simply ripped the Wallabies to shreds. He score four tries, the most by any All Black in a Test against the Wallabies, ever.

Barrett’s first try came from New Zealand’s only real attack in the opening half-hour, bursting through a gap even a prop forward would have seen as the Aussies ran out of defenders.

His second, just before the break,  came from a Kurtley Beale turnover, the ball swept 80m downfield before Ben Smith sent Barrett over again. He converted his own try, again, and had scored all the All Black points for the half.

In the 10 minutes after halftime first Joe Moody and then Liam Squire powered across for straightforward tries.

Reece Hodge reduced the margin to 16 points after a good break by Bernard Foley.

Almost immediately, Barrett responded with a scything break and his third try.

He almost had another, but was denied by a TMO intervention for a handling error early in the movement.

He wasn’t done for the day and, after Damian McKenzie had produced yet another of his trademark sparkling runs and broken through the Wallaby lines, some quick passing saw Barrett crash over on the same mark where he had been denied his fourth moments before.

A fourth try and a 30-point haul in the Test for the two-time World Rugby Player of the Year.

There is not much that one can say about the All Blacks performance. It was all pretty much as expected, although I had thought the scoreline might have been a little closer, I had predicted a 17 to 20 point spread, and the New Zealanders took it to a 28 point spread.

The rest of the game was pretty much predictable. A try just before, and again just after the break, is an All Black trademark that brutally knocks the wind out of the sails of their opponents.

In a repeat of the previous week, the All Blacks probed and tested the Wallaby defences until they finally broke through.  Australia held the wall for as long as they could, but the New Zealanders were relentless, probing at the Wallabies constantly, and working them around the field, utilising their expansive style and pace on the ball. Once the Wallaby wall broke, much like last week, the All Blacks hammered home the advantage as they crossed just before the halftime break, again three minutes after the break through Joe Moody, before Liam Squire got over on 48 minutes,  and they had a 28-7 lead with 30 minutes left in the game.

Once the All Blacks have that kind of lead, nobody is going to catch them.

Some of the match stats illustrate the way the All Blacks attacked the Wallabies, and how the Wallabies fought back.

The All Blacks passed the ball 206 times, and made 19 offloads. The Wallabies responded with 175 passes and 9 offloads.

Once again the Wallaby defence cracked under pressure, making 120 tackles but missing a massive 42. A tackle completion rate of just 75% is not good enough at Test level. The All Blacks would have been disappointed with an 85% tackle success rate, despite winning the game. They made 143 tackles and missed just 25.

There were a couple of bright points for the Wallabies. After their set-pieces had been monstered in Sydney, they had worked hard to fix the problems and their pack put up a much better showing this week. During the first half they even enjoyed a brief period of scrum dominance as the return of loosehead Scott Sio and Allan Alaalatoa’s performance at tighthead gave them much improved stability.

Their lineout was also more reliable than a week ago, losing just two after the horror show in Sydney, and even stealing an All Black lineout ball!

So where did it all go wrong for the Aussies?

Michael Hooper is quite right when he says “Something is not going right at the moment in certain parts of our game….”

Way, way back in the dim and distant mists of time, just as I was starting out in my coaching career, I had the privilege of working with a team that featured a couple of ex-Springboks in the backline. We had a game coming up against a university team. A team with a reputation for some superb running backs that produced dazzling displays of footwork, and all manner of trickery in amongst their back division. They produced switch plays and cross-running ploys. They employed the scissor move, and skip-passing aplenty, they loved the loops and cut backs, and used every bit of razzle-dazzle they could find.

When we sat down to plan our game against the students, I sat at the back and simply listened to what the real coaches and senior players had to say about the upcoming  game. (I was so junior that I was not really allowed to say anything at practices….)

When the subject of the students’ predilection for tricks and moves in back-play was raised, our ex-Springbok centre, the legendary Joggie Jansen, spoke. He simply said: “Don’t worry about it. We simply hold back on the defence by half a second, and let then run through all their tricks. By the time they get to the tackle-line we will know who is going to have the ball. Then you flatten him!” He was right, of course, and it worked a dream as the students unleashed their entire box of tricks, and then ran into the unforgiving defensive wall. (Anybody that knows his rugby history will now of Joggie Jansen and his tackling!) We did not win the game, we lost as a result of a penalty kick, but the students didn’t score as many tries as they thought they would.

That little snippet from my own rugby background illustrates exactly where the Australian back division is getting it all so very wrong.

You see, the Wallabies love to run complex pre-set, training ground practiced, moves with multiple attacking waves from set-pieces. There is an awful lot of pre-planned and practiced player movement, with dummy runners and decoys aplenty, but it all ends up going nowhere.

The first mistake is that they start every move way too deep, almost as if they need to set-up with enough space to actually do the move properly. The possibility of a pre-planned move is telegraphed before they even get the ball!

The passing, especially the back-passing to unleash a second, or even third, “wave” of runners is way too deep, allowing the opposition to read the pass and slide on defence, switching their running line onto the new ball carrier. The whole nature of the various ploys make them very easy to defend. It is all razzle-dazzle, without any pressure being exerted on the defensive line. And it is all too often way behind the gain line! The final runner gets the ball so early that the Wallabies have done the All Blacks’ defensive work for them – they don’t need to read which player to tackle, they simply watch the ball. (And when Israel Folau is playing, they know he will be the final runner…..)

Once the scripted play breaks down, as it often does, the entire Wallaby back division has lost its shape and has to scramble to get back into a semblance of a defensive line. So much space opens up in the moments when the “move” breaks down that the All Blacks simply work to turn over the ball and then counter-attack straight into empty meters.

In essence, the Wallabies are guilty of over-elaboration in their set-piece plays; they play from much too deep, without giving players the space for any real innovation or flair in the moment, and giving the All Blacks all the time in the world to set their defences.

Back in the early 1980’s Bob Dwyer coached the Wallabies, and he had a remarkable flyhalf in Mark Ella. Ella used to insist on getting the ball as quickly as possible at the breakdown, demanding that the scrumhalf get the ball moving instantaneously, even if he was only half a yard away from him. Ella believed in attacking the gain line as quickly as possible, and doing it at pace. He kept his backline very flat and close to the gain line all the time. He said that by standing close and flat, he could draw the opposing flanker straight onto him, and if he could then get the pass away quickly as the flanker committed himself, with the ball going to a flat running centre, the flanker was out of the game as he had to turn and chase. He maintained that if he stood deep the flanker would have the opportunity to change his direction and slide onto the next ball carrier.

The second benefit of a flat attacking line was that you forced yourself onto defenders before they could read the play, and if you broke the defence you were in space as the cover defence had not had the time to get across yet.

But the 2018 Wallabies seem not to have studied those lessons from the past.

And that is why they are actually a very easy team to defend against, and open themselves up for so much counter-attacking exploitation.

Smacks of a coaching issue, to me.

A word for Wayne Barnes. He had one of his better games in charge. He was crystal clear with his communication with players. He did not allow back-chat, and gave decisive rulings without hesitation. I wish more referees would follow his lead.