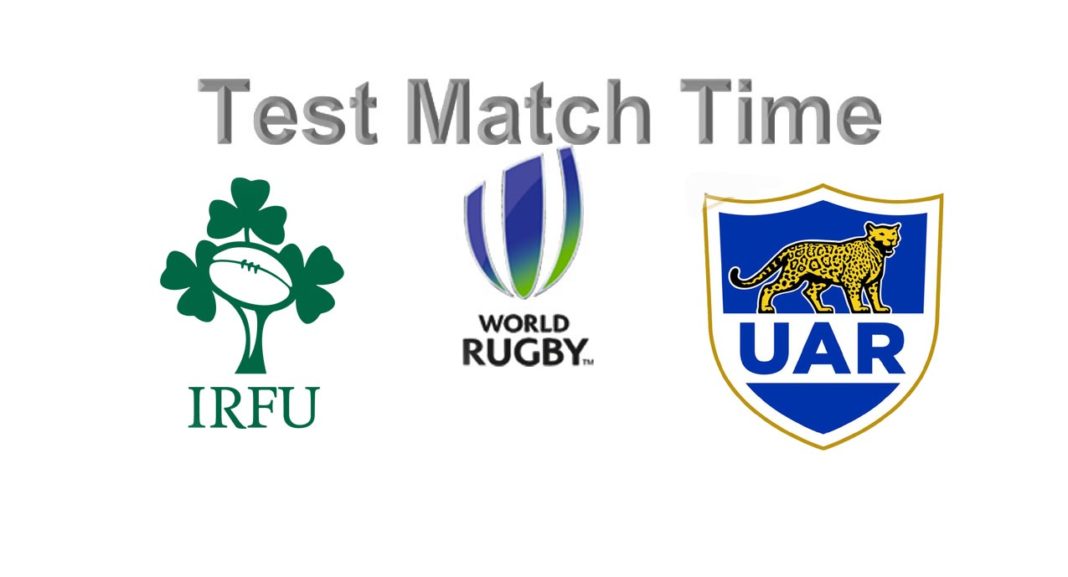 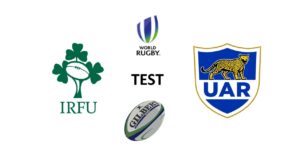 I confess to not having had the time nor motivation to put much effort researching this Test and thus cannot provide any considered thoughts on the prospects of the two teams. I have read the previews offered by the likes of Planetrugby, Rugby World, Emerald Rugby, and the Irish Times, and I can only repeat some of the thoughts and predictions others have expressed about this game.

There can be no doubt that Ireland will be looking to build on their 54-7 thrashing of Italy last weekend. It might not have been the ideal way to prepare for the unpredictable and feisty Argentinean Pumas, but the outing in Chicago will have given the Irish the opportunity to shake off ring rust and get all their gears aligned for the challenges that await them in the rest of the November Tests.

The Aviva Stadium is something of a fortress for the Ireland team, as they have won 12 of their 13 previous fixtures there.

Argentina have had a rocky year. Home defeats to an understrength Wales (twice) and Scotland in June, resulted in the firing of Daniel Hourcade and the appointment of Jaguares coach Mario Ledesma to take over as the Pumas’ boss, a move that seemed to settle things a little, including a memorable victory over the Springboks in Mendoza and then a win over Australia on the Gold Coast. They might have beaten Australia a second time, but somehow let a commanding half-time lead slip to lose 45-34 against the Wallabies.

Argentina have lost six of the last seven Tests against the Irish.

The Irish will be focussed on building momentum before their November 17 clash with the All Blacks. This game is a very important one for them as they go about preparing to play the world champions.

Rory Best returns to lead Ireland at hooker in a much-changed side for their Test against Argentina at the Aviva Stadium.

Best missed out on Ireland’s June tour to Australia through injury and was not part of the squad that travelled to Chicago to face Italy last week.

He is joined in the front-row by Cian Healy and Tadhg Furlong. Iain Henderson and James Ryan start at lock with Peter O’Mahony, Sean O’Brien and CJ Stander filling the back-row slots.

Kieran Marmion partners Jonathan Sexton at half-back with Bundee Aki and Robbie Henshaw at inside and outside centre respectively.

Jordan Larmour is named at full-back for his first start at Aviva Stadium. He is joined in the back three by Jacob Stockdale and Keith Earls.

Mario Ledesma has sprung a surprise by naming Guido Petti to start at openside flanker against Ireland. He has also given Pablo Matera the captaincy ahead of the long serving Augustin Creevy, a move that he also made at the Jaguares.

Ledesma has made five changes to the side that lost to the Wallabies 45-34 in the final round of the Rugby Championship.

Marcos Kremer drops out of the matchday 23 altogether and has been replaced by Matias Alemanno, as Petti shifts from lock to openside flanker.

Santiago Medrano takes the place of Ramiro Herrera at tighthead prop, while Santiago Garcia Botta comes in for Nahuel Tetaz Chaparro at loosehead.

Tomas Cubelli comes back into the scrum-half position for Gonzalo Bertranou, while Matias Moroni is replaced by Bautista Delguy on the wing.

I cannot say much beyond naming a couple of players and match-ups that will be worth watching. Nicolas Sanchez has been the key in Argentina’s resurgence in the Rugby Championships, and it is evident that the Pumas struggle when he is not on the field, as they did against Australia in the last game of the Rugby Championships after he left the field with an injury. Sanchez comes up against Johnny Sexton, who showed his value when he returned to the Irish starting XV in Australia after Joey Carberry had started the first, and losing, Test of the series. The clash between the two flyhalves will be worth watching.

Batista Delguy is a twinkle-toed runner out on the wing, and it will take some serious concentration by his opponent, Jacob Stockdale, to shut him down.

The Irish bench seems to be very powerful, which may give them an edge as the Pumas have limited resources to draw on.

Due to my lack of preparation for this Test, I have to go with my gut feel on this one.

The No.2 side in the world, Ireland, will beat the 9th ranked team, Argentina, comfortably.

Ireland, by 15 points or more.