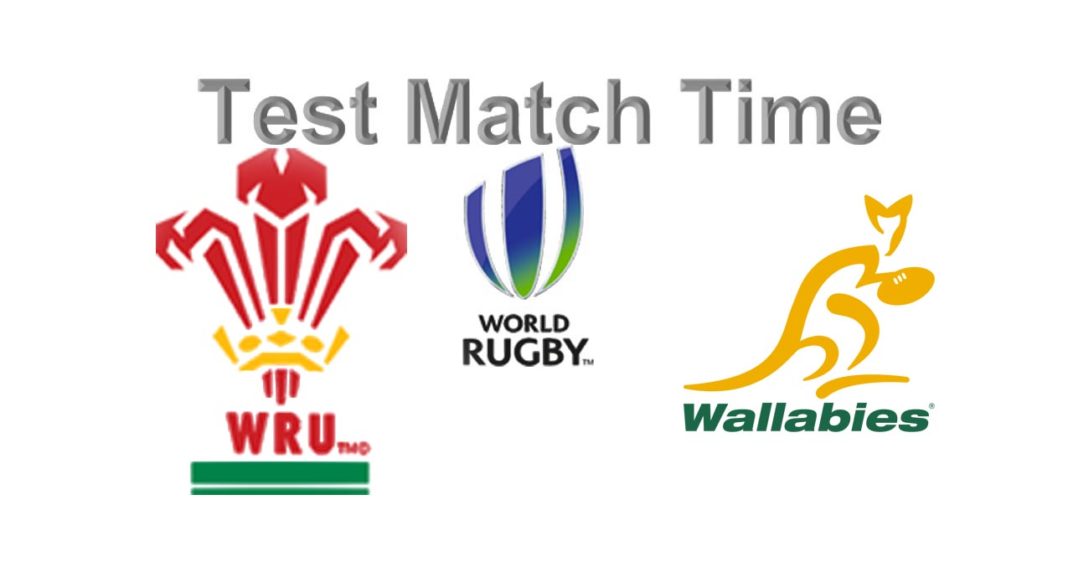 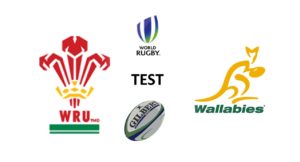 Now that was 90 minutes of my life that I will never get back. Perhaps the most boring Test match in the history of the game of rugby, certainly the most boring I have ever watched.

Two teams playing aerial ping-pong as the ball was kicked back and forth from one end of the Principality Stadium to the other. It was like watching Ladies tennis on clay back in the 1960’s. Interminable, slow, boring, and eventually soporific.

When someone did decide to run with the ball, it was aimless, often clueless, and frequently simply stupid.

One could say it was an evenly contested game, because that it was, as both teams seemed focussed on committing as many unforced errors as it is possible to commit in a rugby match that is afforded Test match status.

Yes, Wales will celebrate, they have ended a 13-match losing streak against Australia. But that is absolutely all that there is to celebrate in what was a dour game of rugby. If rugby has a colour scheme, this Test would be a faded beige.

Wales eventually outscored the Wallabies by three penalties to two with Dan Biggar slotting the winning kick in the game’s closing stages.

I will not bother you with a play-by-play discussion of the game. I am sure you have some prescription sleeping pills that will sort out your insomnia. This game will put you to sleep, but you will not sleep well. You will sleep like a baby, waking up every two hours crying. Crying for the future of the game of rugby.

I will, however comment about a couple of things that should concern my fellow southern hemisphereans. Those that live in Australia. This was the least points the Wallabies have scored against Wales since 1975 and the six points they notched up is their lowest number since August 2012 against any team in the world.

I cannot understand why you lot are persisting with Michael Cheika as your coach.

It all starts with his bizarre comment that this loss has no bearing on the next World Cup, even though your Wallabies play Wales in a pool round match:

“I don’t think it has any (bearing), but everyone has a different opinion on that stuff. My opinion is when you get to the game (in the 2019 RWC tournament), no one is thinking about what happened ten years ago or one minute ago … All I can do is get the guys improving on the things we didn’t do well today.”

This would be fine, if it was not for the fact that Cheika sounds like one of those old vinyl records that has a scratch, and is jumping and replaying the same groove over and over.

It is the same old excuse and explanation every time Australia lose. “Yes, we have lost eight from 11 now, but five of those eight losses have come against the top two sides in the world.”

That might be vaguely acceptable if this weekend’s loss had been to the All Blacks or Ireland again, but it was not. This time it was Wales. Still ranked well above Australia in the World Rugby rankings, but nowhere near the quality of the top two.

There is no point in brushing off losses as lessons that are being learned. To quote Michael Cheika again: “the scars you collect … are only going to help us.” – It is all a bit repetitive Michael.

Cheika might have won the World Rugby Coach of the Year award in 2015, but since then things have not been all that wonderful.

Yet Rugby Australia persist with a coach that is so obviously failing to bring the best out of his players, with a game plan that is flawed and failing.

The problem is much bigger than simply persisting with Michael Cheika as coach. The whole mess is damaging rugby as a sport in Australia! Australian fans are losing patience with a team that constantly talks about its grand plans but then fails on the scoreboard.

You have to do more than talk the talk.

In this sorry excuse for a Test match, Australia reverted to a game plan that they last used two years ago, a plan fully focussed on ball retention through the phases. One might say they showed great patience as they

put together a number of passages of play with ten or more phases. Sadly though, much as in previous iterations of this tactical approach, the possession and the phases do not convert into points unless you add penetration to the possession and phases.

During the 2018 Rugby Championships I made mention of the fact that the Aussie backs like to run elaborate set-piece moves. Training ground tricks and razzle-dazzle. The problem is that there is no Plan B, and that  the training ground manoeuvres do not take into account the unpredictable designs of the opposition! Once the move has been halted or disrupted by the intervention of incoming defenders, the Wallaby backs revert to individual attempts to crash the line. Samu Kerevi was the prime example of a crashball runner on Saturday. He simply tucked the ball, lowered his head and charged. Aimlessly.

When the Wallaby game managers, Foley and Beale in particular, saw that their well-drilled backline moves were running into rushing defensive lines, their response was simply to launch their moves from depth, many meters behind the gain line.

This gave them a little more space and time on the ball, which they then stretched further by crabbing across the field and squeezing themselves up against the touchlines.

It was all a very easy read for the Welsh defenders.

There are technical errors manifest in the Wallaby backline too. In the Rugby Championships I pointed out that Kurtley Beale was a poor choice at flyhalf, as he invariably turns towards the man whom he intends to pass the ball to. Not only does he turn, but he dips his shoulder opposite to the pass, which telegraphs his intent and allows a defender to slide off him and focus on the next in line.

On Saturday I watched the entire Wallaby backline copy that turn-and-dip passing process.  The Welsh defenders did not have to think too hard about where the ball might be going, the Wallabies were sending out messages.

This Wallaby team features some of the world’s most highly paid professional rugby players. The Hoopers, Beales, Folaus and Pococks earn staggering amounts, comparative to rugby players from other southern hemisphere countries. They have long long contracts that ensure their financial comfort for years to come, even if they are not selected for their country in the future.

They are all very talented individuals, I have no doubt about that. Yet I do not see any of these senior players stepping up and taking control of the team or the game. I do not see anyone that sparks the team into overdrive. I do not see leaders and game changers amongst these very well paid professionals. They are simply going through the motions.

Nobody seems to step up and make things happen.

And then we have to question the captaincy and leadership of Michael Hooper.

I have my doubts about his ability to read and understand the requirements of a rugby match. He certainly completely misread the script on Saturday.

In this Test, with the scoreline reading 3 – 3, and the game moving deep into the second half, the Wallabies earned three penalties. All three times Hooper turned down kicks at goal.

The first, in the 51st minute was a penalty from near halfway, when Justin Tipuric collapsed a maul within kicking range but, instead of taking a kick at goal from the resulting penalty, Hooper opted to kick for touch.

Three minutes later, Australia had another chance to extend their lead off the kicking tee, when Liam Williams played the ball on the ground, but Hooper again opted for a line-out.

A third penalty near the 22m line and eminently kickable, was also eschewed in favour of the kick to the corner.

I know there are those that suggest that rugby is about scoring tries and that a captain should always go for the maximum. That might be true in club rugby, but this was a Test match, and the first priority in any Test match is to secure the victory. Once you have the lead, then you can be a little less sanguine in your approach and have some fun, but win the game first!

A commitment to attacking rugby should not override the need to win the game.

On Saturday it was clear to anyone watching that the Test was not a great exhibition of running rugby. It was slow, ponderous, error ridden, and boring and likely to be a very low scoring game.

Michael Hooper is not a clever captain. The choices he made on Saturday are mirrored in every game where he wears the captain’s badge. For the Waratahs, for the Wallabies, over and over again, he chooses the kick for the corner rather than the points. That tells us that he has not learned from his past mistakes, and is not likely to learn in the future.

In the 76th minute, when Ned Hanigan was lying all over the ball and making no visible attempt to get away, not even the futile kicking of a leg or the waving of an arm to suggest a pretence of rolling away, it was rank stupidity at its very worst. What was he thinking?

The referee had no choice other than to penalise him, and hand the game to Wales.

It was not the only moment of sheer stupidity in this game.

Samu Kerevi was very lucky to avoid a penalty, or more, when he hit Leigh Halfpenny with a late tackle in the 74th minute of the game. The referee ruled that it was not malicious, and that it was just a rugby moment.

But the referee also erred.

There was no-arms shoulder-to-head contact, and the current World Rugby ruling is that such an incident is penalisable and a card offence, even if it was accidental. This was a stupid moment that very nearly cost Australia dearly.

This was a hugely frustrating Test match to watch. I was bored stiff, and little angry at wasting my time watching it. I could have been outside watching some grass growing.