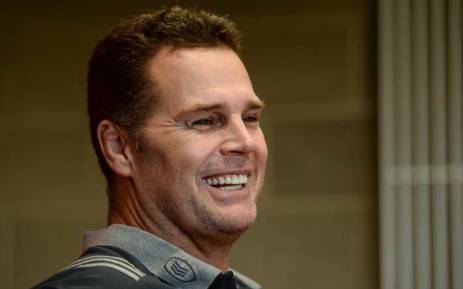 The 107-capped Tendai “the Beast” Mtawarira will miss the end-of-year Springbok tour to the north due to an injury that he picked up in the last Rugby Championships Test against the All Blacks. He is one of a number of names missing from the  preliminary Springbok training squad of 20 players called up for the “Silly Season” tour to the United Kingdom and France.

Another name that is missing from the squad announced on Sunday is that of Franco Mostert, who is apparently on his way to Gloucester despite the Lions’ management insisting that the contract he has with the English club and his ex-Lions coach, Johan Ackermann, is irregular and of no legal validity.

The good news for South African supporters is the return of Duane Vermeulen, Lood de Jager, and Trevor Nyakane to the squad.

Players who will be involved in next weekend’s Currie Cup Final were not considered for the training squad, nor were overseas based players. Additional members of the squad will be named after the Currie Cup Final, whilst there is also talk that some additional overseas based players will be called up soon. The names of both Gio Aplon, who is playing in Japan, and Cobus Reinach, currently playing in the Premiership for Northampton Saints, have been mentioned as possible candidates for a call-up.

The majority of the squad have already assembled on Sunday for camp, which will last for a week before they depart in two groups to London next Saturday.

Lood De Jager is back in the Springbok squad following a lengthy injury lay-off, while Trevor Nyakane joined the Springboks for their last two Rugby Championship Tests to continue working on his rehabilitation and conditioning. He played for the Bulls in the Currie Cup semi-final against Western Province last weekend and came through the game unscathed.  Duane Vermeulen played for the Boks in the 2-1 series win over England in June but did not feature in the Rugby Championship.

According to Erasmus, the Springbok coaching staff are looking forward to start working again with the players following a short break after the Rugby Championship.

The Springboks open their tour on Saturday, November 3 at Twickenham in London when they face England for a fourth time this year. The Springboks won the Incoming Series against Eddie Jones’ men by 2-1 in June.

A week later, The Springboks tackle France at the Stade de France in Paris. On November 17, Scotland host the Springboks at Murrayfield in Edinburgh, before the tour concludes with a visit to the Principality Stadium in Cardiff to play Wales on Saturday, November 24.

Erasmus will announce the full Springbok tour squad for the 2018 end-of-year tour after next Saturday’s Currie Cup final, when Western Province host the Sharks in Cape Town.