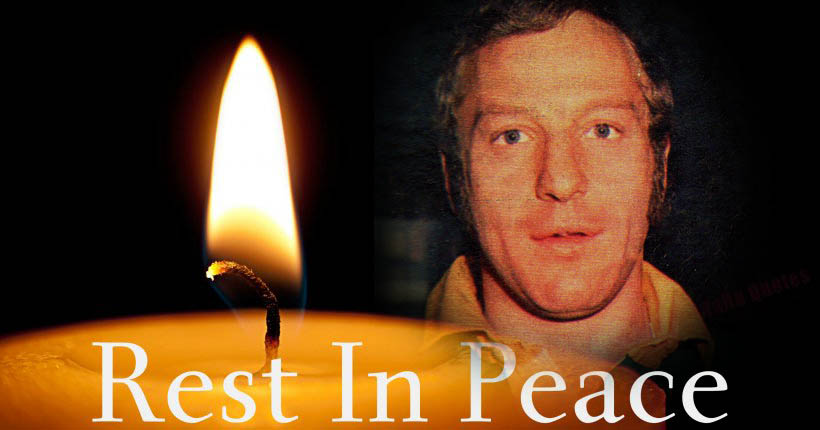 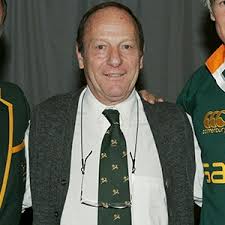 “Sydee……. Sydee……. Sydee……..” The voice of Afrikaans radio commentator Gerhard Viviers is forever burnt into the memory of older South Africans as they remember Syd Nomis.

That was way back in 1970. Brian Lochore’s All Blacks were touring South Africa, and during the first test on 25 July 1970 at Loftus Versfeld Stadium, Nomis intercepted a pass from All Black flyhalf Wayne Cottrell intended for his captain, Brian Lochore. Nomis raced off down the field to score his famous try, accompanied by the exultant yelling of the less-than-impartial commentator.

Syd Nomis passed away on Saturday morning after suffering a heart attack at the age of 76.

Sydney “Syd” Nomis  was born on the 15th November 1941 in Johannesburg. He lived in Johannesburg all his life, working in the clothing industry for some 20 years before switching to a career in the security industry.

Along with Okey Geffin, Nomis is considered one of the finest Jewish rugby players of all time and in 1999 he was inducted into the International Jewish Sports Hall of Fame.

It was long said that Dr Danie Craven held that as long as a South African rugby team had at least on Jewish player and at least one policemen, the team was unstoppable. Certainly, when Syd Nomis was in the team the Springboks were close to unstoppable!

Nomis played his domestic rugby for the Wanderers club in Johannesburg and represented the old Transvaal in the Currie Cup. He played his first game for Transvaal in 1963.

In 1961, and again in 1962, Nomis was selected to play for the Quaggas, an invitational South African team styled after the Barbarians.

Syd Nomis played 29 uncapped matches on tours with national sides, including the 1965 Springbok tours to Australia and New Zealand, and the 1966 Gazelles outing to Argentina (which included a game against Chile).

In 1965 Nomis was selected at centre for the Springboks alongside John Gainsford in the side that left for Australia under coach Johan Claassen.

In addition to his uncapped matches, Nomis was capped 25 times for a total of 54 appearances in the green and gold. Although selected 22 times for the Springboks on the wing, Nomis’ first three test appearances were at centre.

For his debut test against France at Newlands Stadium in Cape Town on 12 August 1967, Nomis was chosen at centre,  a position he retained for three consecutive tests.

Nomis replaced centre John Gainsford, who had occupied the position for 33 tests between 1960 and 1967. Gainsford sent him a telegram that read: ” Like I’m sad man – like I’m glad man – play well. John Gainsford “.

For the first test at Newlands on 13 July 1968 against Tom Kiernan’s touring British and Irish Lions he was switched to wing, where he played for the rest of his international career.

During his Test career Syd Nomis scored 6 tries, of which two stand out as legendary moments talked about when rugby people gather. I mentioned the intercept try against the All Blacks at the beginning of this article.

The other was scored against the French on a cold 16 November 1968 at the Stade Olympique Yves-du-Manoir in Colombes, northwest of Paris. Nomis helped his team beat France 16–11 by virtually crawling “across the tryline to score”. The try came after Mannetjie Roux was tackled and Nomis kicked the loose ball into the in-goal area. As he ran to dot down, his legs cramped and he fell down. After repeatedly falling down from cramp and getting up again, he managed to score the try. He later discovered that in commentary on the match legendary South African radio broadcaster Charles Fortune had credited Roux with the try.

I wrote of this incident when Fergie McCormick passed away earlier this year, and you will find the whole story in the archives on this website.

In short: On 8 August 1970 at Newlands in the second test against the touring side Nomis was felled by the All Black 15, Fergie McCormick. Nomis had kicked the ball over McCormick’s head and tried to run around him. McCormick spun around and hit Nomis in the mouth with his elbow, knocking out two teeth and loosening several others. Referee Wynand Malan, a dentist, straightened Nomis’ teeth on the field. Although he had lost consciousness briefly, Nomis stayed on to finish the game with a bleeding mouth. Nomis never forgave McCormick for the incident, saying that it had been a deliberate act.

Syd Nomis was as tough as they come. He was an uncompromising player with a huge heart, great talent, high pace, and absolute determination.

Rugby has lost one of the legends.