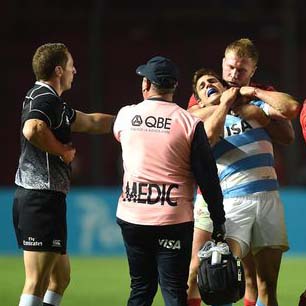 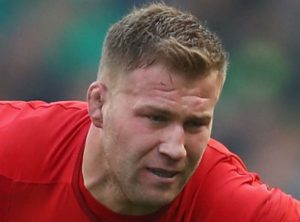 An Independent Judicial Committee has sentenced Wales No 8 Ross Moriarty to a four-week suspension following an incident of foul play in the second test in Santa Fe between hosts Argentina and Wales last weekend.

Moriarty received a red card right at the end of the test on 16 June, which Wales won 30-12. He established a choke-hold around the neck of Argentinean flyhalf Nichola Sanchez, and refused to let go despite the intervention of an assistant referee and a team medic.

Moriarty admitted the act of foul play, accepted the red card and apologised for his actions.

Having conducted a detailed review of all the available evidence, the Independent Judicial Committee deemed the offence to be at the mid-range scale of seriousness, which has an entry point of six weeks.

The suspension, which is based on Moriarty’s playing schedule, will end following his club’s first match of the 2018/2019 Pro 14 season.