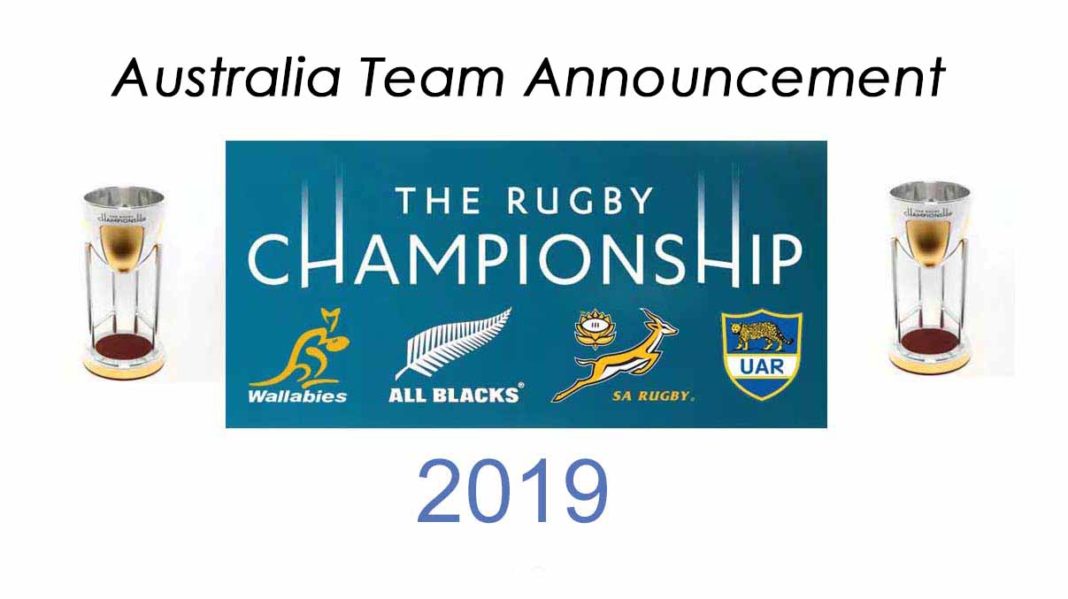 There is quite a bit of interest in the first Wallaby squad announcement for 2019’s Rugby Championships season. The new three-man Wallaby selection panel has named their first squad for the opening Rugby Championship fixture against the Springboks on July 20thin Johannesburg.

The team will travel to South Africa a week early in order to spend time at altitude acclimatising to the thin air and conditions expected at Ellis Park.

There is no room in the travelling squad for Quade Cooper, which might well be an indicator that he is not going to make it into the World Cup squad later in the year, as the selection panel of coach Michael Cheika, Director of Rugby Scott Johnson, and third member Michael O’Connor have gone with three other flyhalf options, Bernard Foley, Christian Lealiifano, and Matt Toomua, all of whom are heading over to South Africa.

Brumbies flyhalf Christian Lealiifano features along with a number of other returning veterans in the 34-man squad, alongside the likes of 35-year old Adam Ashley-Cooper and 30-year old James Slipper, while there are three potential debutants, all in the forwards: Isi Naisarani, Liam Wright and Rob Valetini.

As expected, the sudden return of the oft-wayward James O’Connor to Australia and the Wallaby training camp did not result in the instant call-up he may have been dreaming of. There are many who are wondering why he was taken back into the training squad after his sudden departure from Sale Sharks where, if the truth be told, he has not set the world alight with sparkling rugby. He has been steady, but nothing of the player he was in his youth. O’Connor was the second-youngest Wallaby ever when he made his debut at 18 in 2008, but a string of widely reported off-field incidents brought his international career to a crashing halt after earning 44 Test caps.

There is also no room for Waratah halfback Nick Phipps, who has been a regular back-up for Will Genia in the last couple of seasons. Joe Powell and Nic White have been named as the options at no.9 alongside Genia. Nic White is another World Cup hopeful returnee after playing in England for the Exeter Chiefs.

Ned Hanigan, another favourite of Michael Cheika, has also found himself out in the cold alongside Phipps and Tatafu Polota-Nau.

Adam Coleman, David Pocock and Pete Samu are also back at home as they continue their recovery from various injuries.

The demise of Israel Folau has opened the door for the likes of Tom Banks as back-up to Dane Haylett-Petty at fullback, while Jack Maddocks joins Marika Koroibete, Kurtley Beale and Reece Hodge, all of whom can also be deployed at fullback if that is what Michael Cheika and his selection panel want to do.

Two other hookers have been named alongside Fainaga’a. Tolu Latu, whose disciplinary issues have been ignored in the national cause, and Jordan Uelese, who missed the bulk of the Rebels season due to a knee injury sustained last year.