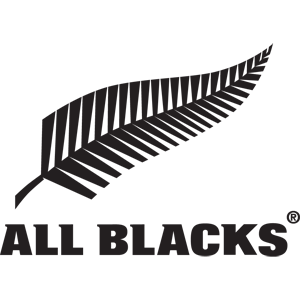 Steve Hansen might be suggesting that the Wallabies are the favourites to win the Bledisloe and Rugby Championship trophies, but that simply is not true. The All Blacks remain the Number 1 team in world rugby, and their determination to protect that status and to continue where they left off in June after their 3-0 series victory over France ensures that they cannot be considered underdogs by anyone.

The All Blacks have dominated the Rugby Championship since its inception in 2012, winning the tournament on five out of six occasions.

They will be more than confident in their ability to win the trophy again in 2018.

In 2017 they won all six of their Rugby Championships matches, and then lost the dead rubber third Bledisloe game to Australia in Brisbane. Things were not all that easy as they had to dig deep to beat Australia in Dunedin and then faced a huge effort by South Africa at Newlands. Such is their class and commitment that they prevailed in both those games. The last game went very close as South Africa threw everything into the fray, only to be denied 25-24 at the final whistle.

The 2018 mid-year Test series against France saw New Zealand win all three Tests, although the first two were clouded by some pretty serious refereeing controversies that handed the edge to the All Blacks in each Test. The All Blacks were not wholly convincing in the 2nd Test when they had the numerical advantage but did not hammer home a resounding victory.

The third Test was vintage All Blacks as they overwhelmed the French 49 – 14.

The mid-year All Black squad missed some of their regulars – Kieran Read, Dane Coles sat out the entire series, while the likes of Beauden Barrett, Sam Whitelock, Ryan Crotty, Sonny Bill Williams, Sam Cane and others had injury problems during the series.

All reports are that the Rugby championships squad is at full strength, with just Dane Coles and Sonny Bill Williams being “managed” back into the game.

Kieran Read returned to the playing field in the latter stages of the Crusaders Super Rugby campaign and quickly showed his worth. He is as fresh as a daisy after a long, injury enforced, sabbatical from the game and will be at his best in the upcoming series.

Beauden Barrett had a quiet Super series and he knows that Richie Mo’unga is breathing down his neck for the All Black starting slot. This is probably sufficient motivation for Barrett to unleash his superb playmaking skills and get the potent midfield and outside backs involved in the game.

The All Blacks have one of the best scrums in world rugby, and their lineout has been imperious of late. When they have set=piece domination they are almost unbeatable.

Their loose-forwards are more focussed on turning over the ball than we have seen in past, where the focus was on protecting their own ball while chasing down errors and linking in the outside channels. They will continue to play the wide linking game, with Read the master of this style of play.

The All Black backline continues to provide the most impressive array of attacking skills anywhere in the world, although their defence has proved a little wobbly at times. If they learn from and build on the defensive display of the Crusaders and Hurricanes during the Super Rugby competition, they will undoubtedly improve in this department too.

Then there is the confidence that comes from winning. The expectation that they can, and probably will win every game they play gives the All Blacks a massive psychological edge over every opponent. They know they can win, and they know how to win when the going gets tough – Every opponent hopes they can win, but is unsure of the outcome every time they take to the field. The All Blacks take to the field knowing that they will win.

That psychological edge, together with the form of the New Zealand sides in Super Rugby and the gathering of the best of the best as a national team is what makes the All Blacks the most successful team in the world of rugby.

They will be looking to build on that foundation in the 2018 Rugby Championships.

Prediction: The All Blacks will take home the trophy. Again.

(For the first Test.)