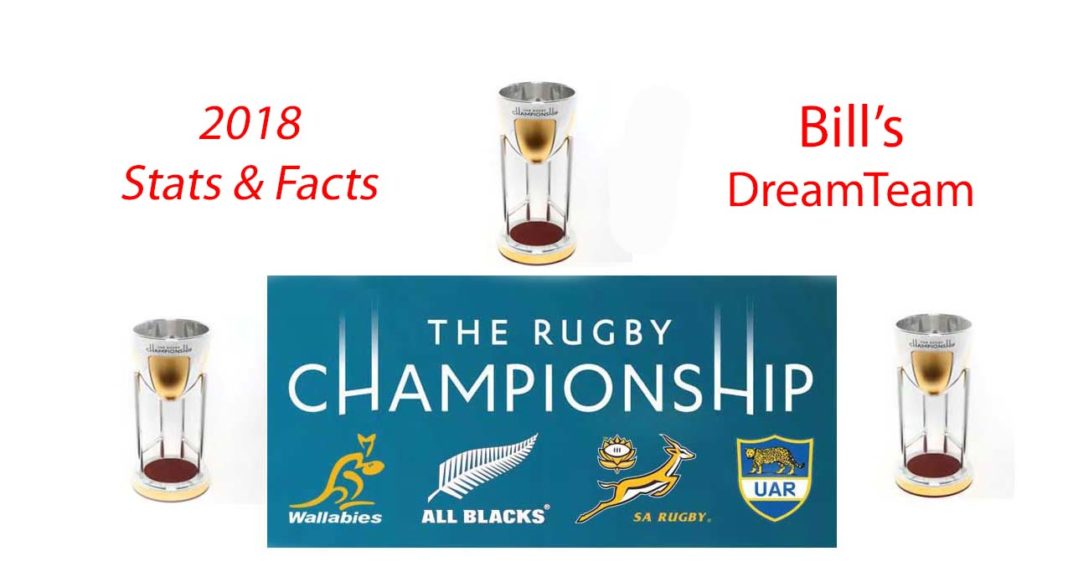 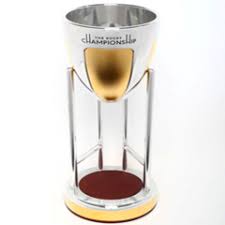 The dust has settled, the trophy remains in New Zealand, the teams are all back home again, and the migrant workers have returned to their overseas clubs.

The 2018 Rugby Championships are over.

Rugby scribes suddenly find themselves with nothing to do – no press conferences to attend – no players to interview – no coaches to tease, no matches to preview or review – no selections to speculate on, and no buffet lunches and open bars at post-match functions from which to feed. They turn to picking their hypothetical Dream Teams, perhaps analysing what went wrong and what went right for each of the four teams involved. Some turn to triumphalism and sound off about how great their team is, others plumb the depths of misery bewailing the fate of the team they profess to support.

The void in their working day has to be filled, somehow, before the November tours and then the festive season kicks in. Many take to the golf courses of their hometowns.

Me? I always like to go back and have a look at the statistics of the games and the tournament as a whole. I bury myself in the numbers and look to see what we can learn from them.

First off, there are the simple numbers:

At the end of the 2018 tournament, the final log standings are:

15: Willie le Roux (South Africa)  It was a close run decision with both Ben Smith and Dane Haylett-Petty in the mix. I went with Willie le Roux for the overall influence he had on each game he played in. He had to be both guide and mentor to the rookies out on the wing and also serve as South Africa’s last bastion in defence and their chief playmaker out wide. A great tournament! Ben Smith did not play all his games in the 15 jersey and was a little anonymous in the last two rounds of the competition, although he was outstanding in the earlier rounds, and did a great job out on the wing. Haylett-Petty is certainly the best true fullback in Australia and with his 529 meters with the ball in hand while beating 21 defenders was far and away the best that the Aussie backs had to offer.

14: Bautista Delguy (Argentina): Caused each and every opponent serious problems with his darting, stepping pace. Beating 22 defenders and adding 12 clean breaks to his tally, he was a short head better than Waisake Naholo..

13: Jack Goodhue (New Zealand): I was more than a little puzzled by the All Blacks’ decision to play him off the bench in the second last Test, and he missed the last one due to injury, but the rest of his tournament was measured in superlatives. Still a rookie in All Black terms, he has a great future ahead of him with his powerful running and physicality on defence. He edged Reece Hodge for this spot as the Aussie faded later in the game on three occasions after being particularly impressive in the first two rounds of the competition.

12: Ryan Crotty (New Zealand): The best of all the 12’s to play in this tournament. His calm game management adds an extra dimension to the All Blacks’ back division. Wasted at 13 when Sonny Bill Williams came back. His concussion issues meant that went off early on against Australia in the opening match, however he came back well from that scare. Other players had their moments, with Damian de Allende (South Africa), Jeronimo de la Fuente (Argentina) and Anton Lienert-Brown (New Zealand) all in with a nod.

11: Rieko Ioane (New Zealand): Head over heart in this choice. I went with what my head said: Deadly finishing and huge pace gave Ioane the nod ahead of the South African youngster Aphiwe Dyantyi. Both have some defensive issues, but Ioane is perhaps the better in that respect too. Argentina’s Ramiro Moyano deserves a mention.

10: Nicolas Sanchez (Argentina) The most influential of all the 10’s to play in the 2018 tournament, his real value was visibly evident in the final game. When he left the field the Pumas simply lost all direction and focus. He kept the Argentineans in the game and on the front foot right throughout the tournament. The All Blacks’ Beauden Barrett is a quality player but had a quiet tournament by his own lofty standards. His place kicking was questionable, and he seemed a bit constrained in the two games against South Africa, although he produced two of the best games of the entire year in the first two Bledisloe Cup fixtures. Handré Pollard is becoming a superior game manager and a very calm and focussed flyhalf, and had some great moments too.

9: Faf de Klerk (South Africa): Simply overshadowed every 9 he played against, if not with 100% accuracy in all he did, but in his total commitment, energy, and enthusiasm. His box-kicks sometimes wandered around the sky a bit, but that was the only blemish in a wonderful come-back into the Springbok team. Aaron Smith was as good as he always is, while Will Genia tried hard but seemed to run out of gas in the last 30 minutes of every game.

8: Kieran Read (New Zealand):  Kinda chooses himself. His influence as captain was perhaps more important than his general play, but he was certainly the most consistent 8 in the tournament. He was also the only No 8 on view some weekend. Many other contenders were part-timers chosen out of position.

7: Pieter-Steph du Toit (South Africa): Nobody in the entire competition put in the effort that du Toit produced in 2018, and he ranks as my Player of the Tournament. He carried a multiple of loads, serving as the blindside flanker as well as one of South Africa’s primary lineout forwards. No other forward covered as many meters on the field as he roamed across the grass. 83 tackles, 53 carries, and 9 lineouts taken tell a story. David Pocock had a superlative tournament, but was often left man-alone to fight for the loose-ball as his fellow Aussie loosies played their own private games elsewhere on the field. This meant that he was often easy to stop and clear out.

6: Pablo Matera (Argentina): A really world class tournament by the big No 6. He was huge on defence and a massive threat with the ball in hand. 58 tackles, and 39 carries for 300 meters, with 2 tries illustrates the value he brought to the Pumas. Siya Kolisi came close, but just did not have the same impact as Matera.

5: Sam Whitelock (New Zealand): This was a difficult choice as he was up against Franco Mostert for this spot. In the end it was his consistent presence throughout the tournament that swung it his way as Mostert was sometimes just a little invisible, especially in the loss against Australia.

4: Eben Etzebeth (South Africa):  He might primarily be considered the Springbok enforcer by some, but he was so much more than just muscle. 28 lineout takes, plus four lineout steals, 52 ball carries, for 212 meters, with 45 tackles made, illustrates that his core duties that were done well, and the physicality and presence on the field was simply an added bonus. Scott Barrett finished the competition well, but was overshadowed by the big Springbok.

2 Malcolm Marx (South Africa):  No real debate about this one. The only other contender was Codie Taylor. Marx was a massive influence on the field, always. Both as ball carrier, maul manager, breakdown poacher, cleaner, and tackler. He was particularly solid in the scrums and his throw-ins at the lineouts were faultless despite a couple of misses by his catchers.

1 Steven Kitshoff (South Africa) After waiting on the bench while Beast Mtawarira started games, the big ginger was finally given the chance to start and he took it with both hands. Powerful in the scrums, some enormous tackling, and very good carrying was supplemented by superior handling skills too. Karl Tu’inukuafe came close as a really strong scrummager, who also did well in general play, although his ball carrying was sometimes a little less than spectacular.

And just to round off this little discussion: