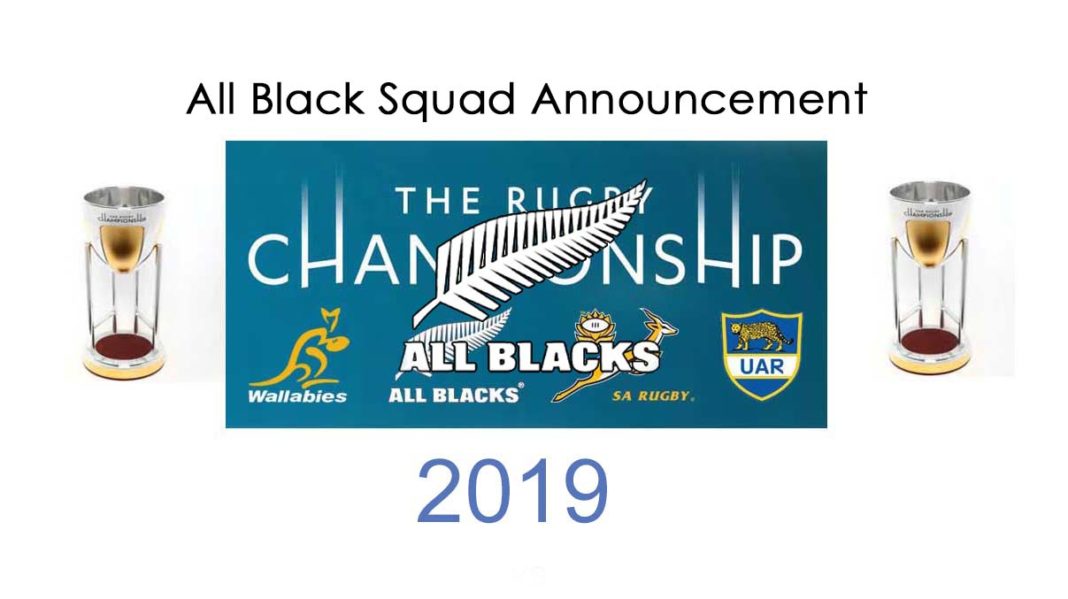 Steve Hansen has announced the first All Black rugby squad of 2019.

The squad will provide the team for the first two Tests of the 2019 Rugby Championships.

Brad Weber earns a well-deserved recall to the All Blacks after a superb season for the Chiefs, he replaces Chiefs teammate Te Toiroa Tahuriorangi in the squad. Weber’s sole test for the All Blacks came against Samoa back in 2015.

Some of the expected exclusions include Ryan Crotty, who suffered a hand injury in the Super Rugby semi-finals. The injury rules him out of the entire Rugby Championships, but he should be available for the Rugby World Cup. Scott Barrett, is also out with a hand injury, but he may be available for the later games of the Rugby Championships, while Tim Perry and Damian McKenzie are also out through injury. Liam Squire has made himself unavailable.

One of the interesting names missing from the 39-man squad is Ma’a Nonu, perhaps a signal that his All Black career is really over, despite many believing that the 37-year old 103-test midfielder deserved a recall to the All Blacks.

Many will wonder how Chiefs’ hooker Nathan Harris missed out, despite 4 hookers being named in the squad. The uncapped Hurricanes’ Asafo Aumua and Liam Coltman being preferred alongside Dane Coles and Codie Taylor.

Waisake Naholo has, not wholly unexpectedly, missed out – with Crusaders wing Reece taking his spot following a blistering run of form in Super Rugby. Luke Whitelock joins Naholo and Harris in the unlucky category.

Another who might be considered a tad unlucky is Crusaders fullback David Havili, who made his test debut against Argentina in Buenos Aires back in 2017, and has been in exceptional form during 2019.

Chiefs prop Atu Moli and Hurricanes hooker Asafo Aumua, who have previously been named in the AB squad, but are uncapped, now have a chance to make their test debuts, especially as the AB management will look to rotate their squad through the Rugby Championships in order to manage the game time and fitness of the players as they head towards the Rugby World Cup.