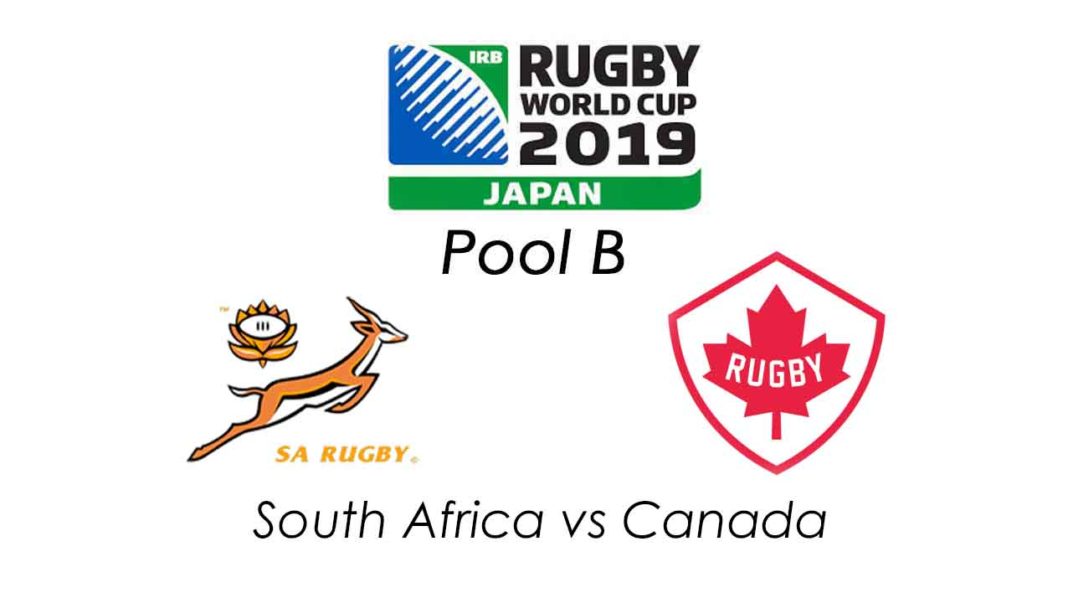 The debate about Tier Two teams and their participation in the Rugby World Cup has divided opinion across the rugby world. Some believe that it is critical for development of rugby in the lower ranked countries, others – myself included – do not believe that it does anything for the development of the game at all.

I use Canada, one of the two teams playing in this game tomorrow, as my example. Back in 1995 Canada were a handful for any team that faced them in a RWC clash. They were never the favourites to win, but they gave every team they faced reason for caution. In Pool A of 1995, Canada played 3, won 1 and lost 2, beating Romania and losing to South Africa and Australia. The game against the Springboks was something of a cage fight, with a number of players sent to the naughty chair to contemplate their misdemeanours. It brought an end to both Pieter Hendricks and James Dalton’s participation in the competition. Canadians Gareth Reece and Rod Snow were also sent off.

The Battle of Boet Erasmus aside, what makes very interesting reading is that they ended the ’95 pool rounds with a points difference of just -5! They scored 45 points and gave away 50. They lost 27 – 11 to Australia, and 20 – 0 to South Africa, and made South Africa fight all the way.

In 1999 Canada were again at the RWC, drawn in Pool C, where they again played 3, won 1 and lost 2. This time they beat Namibia. Interesting that this time their points difference was a positive +38. (Thanks mainly to a massive 72-11 win over the Namibians.)

In 2003 Canada again qualified, and were drawn in Pool D. The pools had been enlarged to 5 teams per pool, and Canada played 4, won 1 and lost 3.  Their win was a 24-7 victory over Tonga, but the rest of their games did not go as well, a close 19-14 against Italy, with complete blow-outs against New Zealand and Wales. Their points difference was back in the negative, -81.

In 2011 Canada were in Pool A, and played 4, won 1, drew 1, and lost 2.  They managed to beat Tonga, and drew with Japan again, and then went down badly to New Zealand and France. Again a negative points difference of -86.

When 2015 rolled around Canada were in Pool D, where they played 4 and lost 4. Their points difference was a negative -73.

Now, in 2019, they only just managed to qualify for the RWC through a repechage process, and are the final team to be invited to the RWC. So far they have played 2 and lost 2 – with a negative points difference of -104. They still have to face South Africa, and then Namibia to complete their fixtures for this RWC.

If we look at Canada’s participation in the Rugby World Cup since 1995, has there been any significant improvement in the quality and standard of the game in Canada in those 24 years?

Those with inside knowledge of the game in Canada will tell you that, in 2019, the administration of the game is in disarray, with the executive at odds with the coaches, and paying numbers down across the country.

Has the ongoing participation in the Rugby World Cup had any real benefit for rugby in Canada?

I will leave the answer to that for you to make up your own mind.

But they do need a win!

Despite their massive win over Italy, the Italians are still breathing down the South African necks – both teams have 10 points on the log, although Italy have the daunting task of needing a bonus point win over New Zealand to ensure their progression to the quarters.

If South Africa win, and Italy do not, the quarterfinalists from Pool B are done and dusted.

South Africa will be very wary of the Canadians – and they still have a job to do to ensure that Italy cannot catch them.

They will also be very wary of another ambush similar to the one in Bristol four years ago.

They will not be taking Canada lightly, they simply cannot afford to take this game as an easy training run, this is no foregone conclusion.

Rassie Erasmus has the good fortune of having a plethora of quality reserves to call on as this game comes with just three days off after the Italy clash last Friday. Erasmus is able to rest a number of his key players, while keeping some of the heavy artillery on the bench in case of need.

Thirteen changes to the starting lineup reflect the depth of the Springbok squad, as Damián Willemse gets a start at fullback, Warrick Gelant will wear the 14 jersey, with Sbu Nkosi getting a chance on the other wing.

An interesting experiment takes place in the midfield where Frans Steyn will start at 12, with Damian de Allende outside him in the 13 jersey.

Surprisingly, Elton Jantjies is given yet another chance to show that he can still dictate a game, with Cobus Reinach getting a start at 9, to allow Faf de Klerk the day off. Francois Louw starts at 8, with Kwagga Smith on the blind side and Siya Kolisi getting another run in his quest for full match fitness. The tight five are Mostert and Snyman in the 2ndrow, behind Kock, Brits and Du Toit.

The bench features Marx, Kitshoff and Malherbe as the front row reserves, backed by Etzebeth and P-S du Toit. Herschel Jantjies, Handré Pollard and Willie le Roux are the reserves for the backline.

Canada have a new front row ofJake Ilnicki, hooker Andrew Quattrin, and Hubert Buydens as they take on South Africa. The rest of the team is pretty much predictable as they prepare for the challenge of the physical Springboks.

Playing under the roof at the Kobe Misaki Stadium is going to be a massive challenge for both teams. The humidity under that roof is something neither side knows or can prepare for. Handling is going to be difficult, and probably get worse as the game ticks into the final quarter.

Hot, sweaty players, with a ball like soap is not likely to be a recipe for any really sparkling rugby.  In fact the game actually brings a serious danger of heat exhaustion and dehydration which both teams’ medical staff will have to monitor and handle very carefully.

The conditions aside, I am struggling to find any aspect of the game where Canada look to be better equipped than the South Africans.

The forward unit match-up seems to be heavily canted in favour of the men from Africa, while their backs also seem to be bigger, quicker, and vastly more physical than the Canucks.

The Canadian preparations for the RWC did not go well, they have won just 1 game in 10 played, and that was against Chile. They will need to step up whole flights of stairs to match the quality of the rugby South Africa has played in 2019.

South Africa have the luxury of starting with what some might term their “B” team, while the “A” team waits on the bench just in case.

Just two of the team started against Italy, Siya Kolisi, who is starting again as he bods to gain match fitness and form, and Damian de Allende in an experimental shift out to the 13 berth. The rest of the starting squad are the team deployed against Namibia with the exception of Damian Willemse, who gets his first run of the RWC after being called up to replace the injured Jesse Kriel.

There is really not much to analyse and much to say about this game. It is a true minnow taking on one of the alpha predators of rugby.

I do not think there is anyone who is predicting a Canadian win. South Africa, by 40 points.