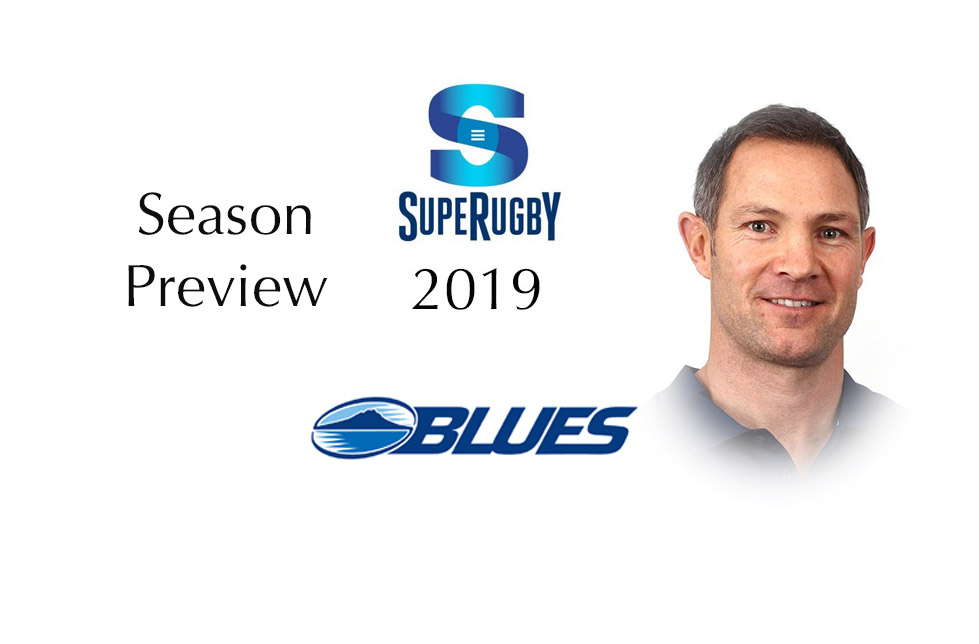 Finishing 14th, second last, on the overall log, the Blues managed just 4 wins in their 16 starts, accumulating a negative points diffrerence of -131, and just 22 log points. To put this into perspective, the team that finished last on the log, the abysmal Sunwolves, won just one game less than the Blues!

The most puzzling thing about the Blues is that they should be one of the better teams in the competition! They are based in New Zealand’s largest city, Auckland, with a population of over 1,6 million people, one third of the entire population of New Zealand, and four times the number of the country’s capital Wellington. They boast the finest and largest stadium in New Zealand, the iconic Eden Park.

They certainly have the players and playing depth in their home city! Their main feeder team, Auckland, have won the New Zealand Mitre 10 (previously ITM) trophy twice, playing in four finals in the last ten years, winning in 2007 and again in 2018. During the Blues’ darkest years, their provincial feeder team was doing alright, also playing in the 2012 and 2015 finals!

The Blues themselves have more than enough talented players, with a goodly sprinkling of current and ex-All Blacks.

On paper, the Blues should be so much better than they are.

Something is wrong, and I cannot for the life of me figure out what the problem is.

Is it coaching? The rot seemed to have started under Pat Lam during the 2009 to 2012 period. Pat Lam is a very good coach who took Connacht to their 2016 Pro 12 trophy before heading off to Bristol, yet he could not get the Blues to function as a cohesive team. Lam was succeeded by Sir John Kirwan, and things seemed to go downhill faster than an avalanche in the Himalayas. Kirwan stepped down from his role in June 2015 and was replaced by yet another iconic All Black, Tana Umaga. The arrival of Umaga made no difference whatsoever.

It did not matter who the coach was, the Blues haven’t been a cohesive unit for a very long time, often showing glimpses of brilliance, and then folding under pressure, revealing a mental frailty evidenced by silly errors, weird tactics and strategies, and a healthy dose of simple ill-discipline.

Sadly, for a team based in the biggest city in New Zealand, their woes have started to benefit their Rugby League counterparts, the Warriors, who have seen an increase in support as the spectators have abandoned the Blues.

The first, and most visible change at the Blues has been the reshuffling of the coaching staff. Shortly after it was announced that Tana Umaga had been given a contract extension for 2019 and that Leon MacDonald would be joining his staff as his assistant, the news broke that the new owners of the franchise wanted some changes, and that Leon MacDonald would take over from Umaga as head coach, with the latter dropping down the ranks to become an assistant coach responsible for defence.

We shall have to wait and see whether the shuffling of the coaching staff will make any difference whatsoever.

I would suggest that Kylie Wilson, the Mental Skills coach, is the person with the most difficult job of them all.

The Blues playing squad is going through a somewhat traumatic changing of the guard. Familiar faces are gone, and new faces are arriving, whilst a bunch of temporary, uncontracted, players are still practicing with the squad.

Twenty two of the 2019 squad have left the Blues. That is a huge number, and includes:

The big losses are Pauliasi Manu, Kara Pryor and Bryn Gatland, who all go off to join rival Super Rugby sides, while George Moala heads to France to join Clermont. Perhaps the biggest loss of them all is the departure of their talismanic backrower Jerome Kaino, who was often man-alone on the field of play as all around him imploded.

The Blues have some fairly good signings. Nine new names arrive to replace some of the 22 departees.

They have focussed on their main feeder team Auckland for many of their recruits. Four Auckland players join the squad.

The biggest name signings are Ma’a Nonu returning from Toulon, and Karl Tu’inukaufe from the Chiefs. Another Chief who has signed with the Blues is Levi Aumua. Marcel Renata arrives from the Hurricanes.

There are a still plenty of short-term players that are training with the squad, but aren’t contracted or likely to get game time. They are the back-up crew in the event of injury catastrophes.

Karl Tu’inukafe’s arrival is very important for their scrummaging and set piece if he can continue the form that saw him burst into the Super Rugby and international scenes last year. He may add some very necessary steel to the forward pack.

Ma’a Nonu may be a bit long in the tooth for Super Rugby, he was looking slower and somewhat ponderous in his last season with Toulon, but he does bring huge experience and massive mongrel to the squad, especially as he teams up with Sonny-Bill Williams. His arrival may just provide for the stability the Blues back division needs, and stop the constant shuffling of Reiko Ioane, Michael Collins, Matt Duffie and Melani Nanai in and out of different positions. The Blues backrow combination of Dalton Papalii, Blake Gibson and Akira Ioane could prove to be one of the best in the entire competition, especially if Ioane can sort out his focus and disciplines. He gets distracted too easily and often starts to play the man rather than the ball.

Prediction:
It will take more than a change in head coach and sweeping changes in playing personell to sort out the Blues. When Tana Umaga took over two years ago, we suggested that the Blues would need time to rebuild their once mighty reputation. More changes in 2019 mean that they have to start that rebuilding process all over again.

I would predict: Fifth in the New Zealand conference, again, but a much improved performance on the overall log.