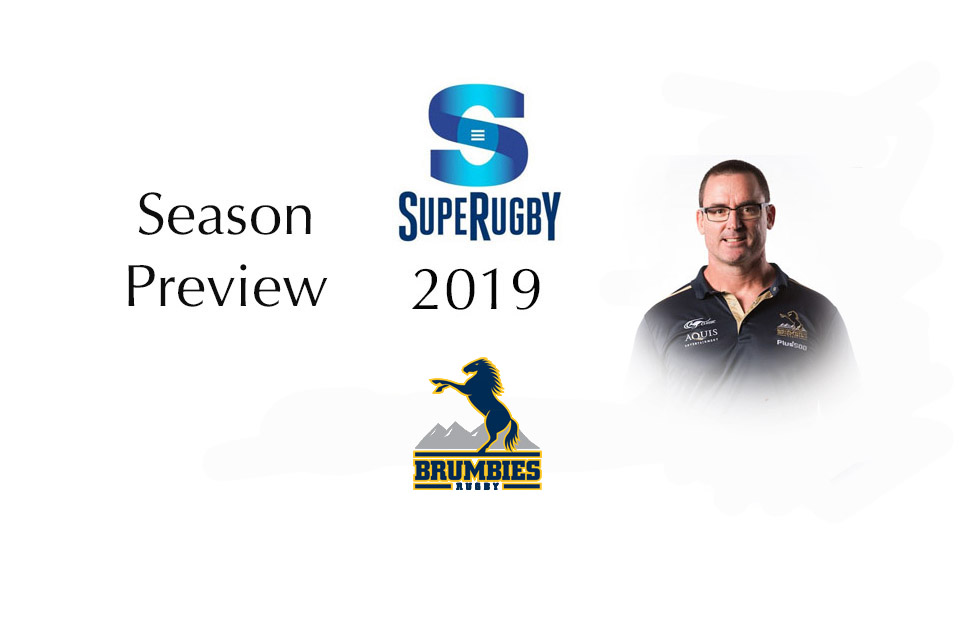 The Brumbies may argue that 2018 was an improvement over 2017, after all they won 7 of their 16 starts, whereas 2017 had only given them 6 wins in a vastly different conference structure. Yes, in 2017 they also qualified for a quarterfinal spot, but that was not based on their overall performance, it was simply thanks to SANZAAR and Super Rugby’s weird geographical conference system and automatic qualification for the conference winners. Finishing 9th on the overall log, yet somehow automatically qualifying for a quarterfinal berth, and at home too!

The reality was that 2018 was a disastrous season for the Brumbies. They might have won 6 games, but they finished the season with a negative points difference of -29. They finished one spot lower down the order than the year before, 10th out of 15 teams.

Thirteen of the 2018 squad have left the Brumby ranks. They are:

Losing Ben Alexander, Nic Mayhew and Robbie Abel removes plenty of the Brumbies front row experience, and they have lost Richie Arnold’s lineout presence as he has headed off to Japan. The departure of Kyle Godwin and James Dargaville will also hurt.

The biggest loss is the departure of Isi Naisarani to the Rebels. The big, ball-carrying backrower combined well with David Pocock and provided the Brumbies with plenty of close-in go-forward oomph. He also scored no less than five of their tries in 2018. He will be missed.

Replacing the departees, the Brumbies were fortunate to secure the services of James Slipper to add some depth to the front row resources of current Wallabies Allan Alaalatoa and Scott Sio. Slipper brings plenty of experience and some good leadership skills too.

The signing of Toni Pulu, Murray Douglas and Pete Samu, all with Super Rugby experience playing out of New Zealand, adds some important skill and experience to the Brumby cupboard.

Perhaps the surprise package is the signing of the wayward Karmichael Hunt from the Reds. Hunt has a record for disciplinary problems and wayward adventures that involve illicit substances, and the Brumby management will need to keep a very close eye on him.

David Pocock remains key to the Brumbies fortunes in 2019. He is likely to be rested frequently and his game time will be carefully managed as he has taken a lot of punishment in the last couple of years, and his neck seems to be an issue. They will need to use his playing time very carefully.

The arrival of Karmichael Hunt might help solve a problem in the flyhalf and midfield positions, but he has been out of serious rugby for a year, and blows hot and cold, even when in top form. If he can keep his wayward instincts under control, he might well pay dividends.

The Brumbies have some very good front line players, the likes of Pocock, Tom Banks, Kuridrani, Speight, Samu, Pulu, Sio, and Alaalatoa. (Some might add Hunt to that list, but the jury remains out on that one.)

The problem is with depth in the squad. If the front liners are injured, or rested as they surely will be in a World Cup year, there is very little else to talk about.

Of course, the Brumbies could ride on their good fortune of having most of the games against fellow Aussie teams, but the reality is that they will need to produce something of a rugby miracle to do better than last year.