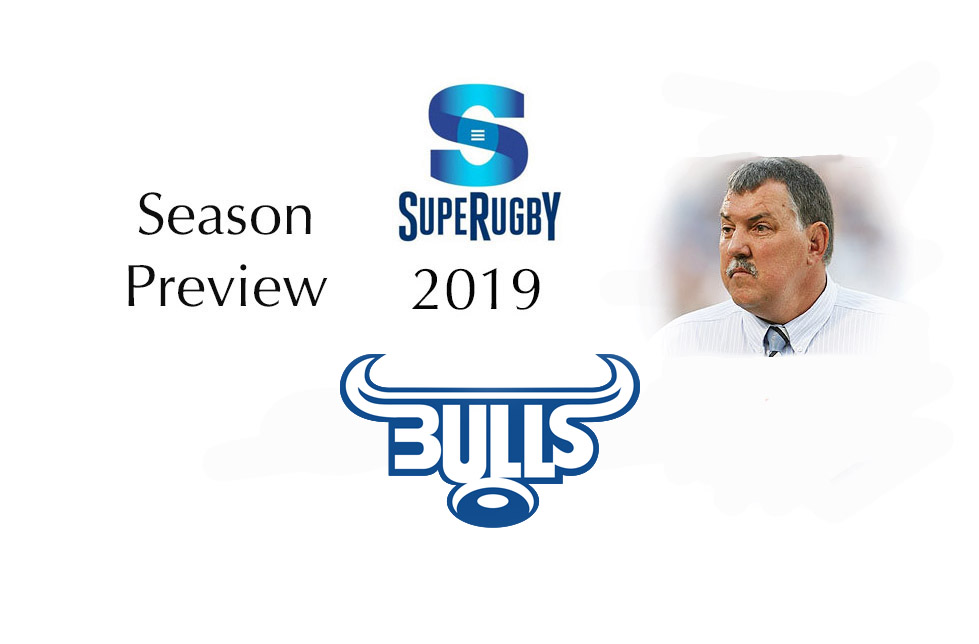 In last year’s preview I wrote of the Bulls: “The Bulls are one of those typically South African teams. They promise much, but mostly fail to deliver. With the enormous depth of resources within the franchise and host province, the Bulls should be perennial contenders for Super Rugby honours, yet they always seem to be slugging it out for the wooden spoon.”

Need I repeat myself?

The arrival of John Mitchell was supposed to signal a whole new way of doing things. Certainly the Bulls showed a vast improvement in their ball handling and running skills, whilst they added a measure of enterprise never before seen from the home side on the hallowed turf of Loftus Versveld. Sadly Mitchell’s focus on attack was at the continued expense of defensive technique and focus, evidenced by the number of tries conceded as well as some weird and wonderful passing, kicking and no-look offloading that caused many a promising moment to break down like an old Lada Niva.

At the end of John Mitchell’s first year as coach of the Bulls he did what he has done in so many other jobs – he simply upped and left for “greener pastures” – the perennial job jumper, jumped again.

The Bulls finished stone last in the South African Conference, banking a meagre 29 log points, a negative points difference of -61, winning 6 of their 16 starts, and scoring 59 tries, astoundingly the second most in the conference, but they managed to concede 66 tries, placing them alongside the Blues and the Reds as the second worst defending teams in the competition. (The Sunwolves exceeded all records and conceded 99 tries.)

Of course, some may say that 2018 was a vast improvement over 2017 for the Bulls. They won two more games than in the previous year, and they scored twenty more tries than the 39 in 2017.

Sadly their tries conceded count also increased, from 59 to 66.

After an extended head-hunting exercise and a seemingly never-ending series of interviews with prospective candidates, in November 2018, the Bulls announced a short list of three candidates for the Head Coach position. Victor Matfield, Deon Davids, and Pote Human’s names were mentioned. (After what the Bulls described as – “weeks of consultation led by a recommendation panel that acted in an advisory role to their board”  and “a thorough and well researched process”.

Some weeks passed, and then came the announcement of Pote Human’s appointment as Bulls head coach. A couple more weeks went by and then the Blue Bulls Company unveiled their new captain and coaching team for the 2019 season.

Springbok lock Lodewyk de Jager was been named the captain for the 2019 season. Chris Rossouw followed in his brother’s footsteps and accepted the job of Backline & Attack coach. Anton Leonard resurfaced as the Bull’s Lineout coach, Pine Pienaar would be the Defence Coach, whilst the Bulls continue to look for a Scrum & Maul specialist coach.

Players leaving
The biggest name to be leaving the Bulls is that of Adriaan Strauss, who has finally retired from the game.

From a playing perspective the biggest losses are Pierre Schoeman and Adriaan Strauss. Schoeman did a sterling  job at the scrum, but had a penchant for off-the-ball niggling and served an extended ban for biting an opponent. His powerful scrumming will be missed.

You cannot buy experience, and Adriaan Strauss had plenty of that. His quiet leadership will be missed.

Jamba Ulengo is something of an enigma. He has so much potential, but seems to blow hot and cold, while seeming physically frail as he suffered many injury setbacks.

The signing of the ostensibly retired Schalk Brits might replace the experience lost with the departure of Adriaan Strauss, but he is likely to have limited game time as he is already 37 years old, in May he celebrates his 38th birthday, and that is old, almost ancient, for a professional rugby player.

The biggest signing of the year, and probably amongst all the South African franchises, is the return of Duane Vermeulen to the country. He brings so much to any team, including his towering presence and leadership. His game time will be carefully managed as he is critical to the Springbok cause later in the year.

A host of Blue Bulls join the squad courtesy of their recent Currie Cup coach Pote Human taking over the Super Rugby role.

This Bulls side will be very reliant on keeping their best players healthy. Whilst they have plenty of young depth, they lack that critical experience component. Their Springbok candidates will also be carefully watched and managed with respect to game time and the maintenance of physical and mental freshness, which suggests that the likes of Handre Pollard, Duane Vermeulen, Trevor Nyakane, Lood de Jager, RG Snyman, Marco van Staden, Embrose Papier, Ivan van Zyl, Jesse Kriel and Warrick Gelant will see somewhat limited exposure in a very long Super Rugby campaign.

If the national cause is put ahead of the franchise cause as it should be, the Bulls may struggle due to their inexperience and lack of real quality depth.

The Full Squad, by position:

I believe that the Bulls and the Stormers will be fighting it out at the bottom of the SA Conference.