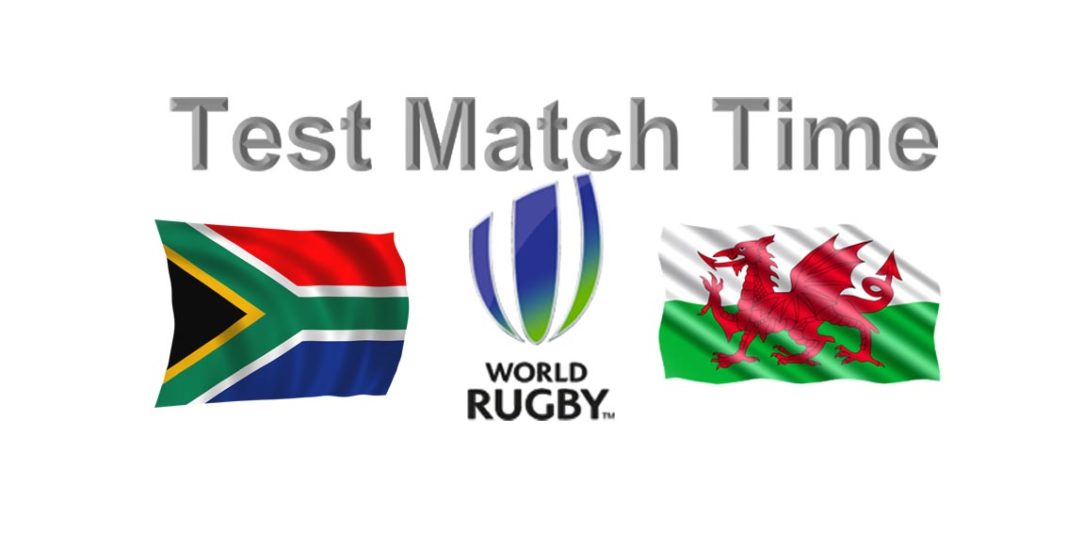 Nobody knows quite what to expect in this unusual, out-of-international-season, “Test” match. We have no idea what the crowd will be like, or who those that do pitch to watch the game will actually support. We have no idea what the stadium and pitch will be like. The Robert F Kennedy Stadium, Washington DC was built in 1961 and can seat 45 596 spectators. I very much doubt whether this game will attract anywhere near that number.

The Stadium has been the home ground of a huge variety of sports teams over the years. From 1961 to 1996 it was home to the Washington Redskins NFL team. The Redskins now play out of FedExField in Landover, Maryland.

Soccer team, playing in the US Major League Soccer competition. D C United have moved to the Audi Field, also in Washington, leaving the RFK Stadium with no tenant for the first time in its history.

Saturday’s rugby match will be the first ever hosted on this field.

We are told that both SA Rugby and the Welsh Rugby Union will benefit financially from this fixture that really does not seem to serve any purpose whatsoever, for either side.

It is a distraction from the real job at hand, with the South Africans about to host the incoming tour by England, while Wales travel to Argentina for a two-match tour over there.

Neither team is fielding what could be termed a first team, although players in both match-day 23s would probably expect to be in the squads when the Tests against England and Argentina loom.

I would suggest that the game in the USA serves but one worthwhile purpose. It provides the respective coaches with a chance to see how their second- and third-choice players fare.

Du Toit will lead South Africa for the first time when they take on the Welsh.

If Du Preez comes on as a substitute, he will join his father and two brothers as Springboks. The Du Preez’s will also become the fourth set of three Springbok brothers.

Eight of the Wales team to play the Springboks were included in the 23 for Wales’ last Six Nations game back on the 17th of March. They were: George North, Steff Evans, Gareth Anscombe, Cory Hill, Bradley Davies, Elliot Dee, Nicky Smith, and Aled Davies.

Of the eight, 5 featured on the bench in that final 6-Nations game. They were Dee, Smith, Aled Davies, Anscombe, and Evans.

All the replacements of the 17th March squad will start this game, except for Aled Davies, who will warm the bench again.

There are fifteen new names on the Wales team sheet for this game. Just three of the starting team in the final Six Nations fixture are found on this week’s starting lineup. They are George North, starting in the midfield, and Cory Hill and Bradley Davies who remain in the second row.

The former Wales U20 skipper will line up alongside Seb Davies and Ross Moriarty in the back-row.

Nicky Smith, Elliot Dee and Dillon Lewis start in the front-row with Bradley Davies and Cory Hill packing down in the second-row.

Owen Watkin and George North are named in the centre, with North making his fourth start in the midfield for Wales. Tomos Williams will make his Test debut, forming the halfback pairing with Gareth Anscombe.

Scarlets pair Steff Evans and Tom Prydie are named on the wing with Prydie making his first international appearance since the summer of 2013. Hallam Amos starts at full-back.

Aled Davies, Rhys Patchell and Hadleigh Parkes are named as the backline cover. (Patchell will undergo a fitness test ahead of the game with Gareth Davies providing cover if he does not come through the session).

Two of the most inexperienced teams in the history of Test match rugby will take the field on Saturday. The Springboks boast just 134 Test caps in the run-on side, and have seven players making their Test debuts. The Welsh are only slightly better off, with 247 Test caps in their ranks.

Wales have rested 10 of their 12 British & Irish Lions who were part of last year’s tour to New Zealand. (All are rested for both this Washington Test, and next month’s two Tests in Argentina.)

This fixture will only be the second time that South Africa will face Wales on neutral ground outside of a Rugby World Cup.

Previously the two played at Wembley Stadium in London during the construction of the Millennium Stadium in Cardiff. On that occasion, on 14 November 1998, Gary Teichmann’s Springbok side won 28-20.

Both teams face a similar predicament – this is a “test” of a different nature, a test of resource depth, or player talents, of individual abilities to meld and gel with players they have not played with before.

Consider that there is not a single established unit or combination in this week’s Springbok starting XV. Jesse Kriel and Andre Esterhuizen have never played together in the midfield. Elton Jantjies and Ivan van Zyl have never combined at half-back. The loose trio of Kwagga Smith, Oupa Mohoje, and Dan du Preez have never played together, nor have the second row of Jenkins and du Toit, or the front row of Nche, Ralepelle and Louw.

The closest the Boks come to fielding a unit that has played together before is in the back three, where Curwin Bosch and Makazole Mapimpi both play for the Sharks.

We do know that Wales are missing most of their big names. There is no  Alun Wyn Jones at the lineout or Sam Warburton at the breakdown. There is no Leigh Halfpenny for goal-kicking duties. Their starting XV does feature one combination that has played together before, being the halfbacks Gareth Anscombe and Tomos Williams, who are both from the Cardiff Blues club.

The two wings, Tom Prydie and Steff Evans both play for the Scarlets, but have not formed a back three with Hallam Amos (Dragons) before.

(The Scarlets do, however, provide most of the replacements on the bench, with Aled Davies, Hadleigh Parks, Rhys Patchell/Gareth Davies, Ryan Elias, and Wyn Jones all from that club.)

Amongst the forwards, the two flankers, Ellis Jenkins and Seb Davis play together for the Cardiff Blues, while team-mate Dillon Lewis packs down in the front row. No 8 Ross Moriarty will only join the Dragons after this tour as he previously played for Gloucester, but he will get to know two of his team mates for the future, lock Cory Hill and hooker Elliot Dee, both current Dragons.

The Ospreys provide a lock, Bradley Davies, and a prop, Nicky Smith.

Wales are thus faced with a similar problem of new and untested combinations and units, save for two of the flankers and the half-backs. How will they gel together?

Both teams feature strong ball carriers, with Ross Moriarty, Ellis Jenkins and Seb Davies all known for their close in play. They face Dan du Preez and Oupa Mohoje as midfield carriers and the superb sevens skills of Kwagga Smith. The Springboks boast the added carrying ability of Pieter-Steph du Toit.

At the back, the Springboks feature some extreme pace in Mapimpi and Bosch, but there is a defensive doubt out there too!

We can be sure that Anscombe and Williams will be testing the South African wingers and fullback with a barrage of high kicks and chips. This was the area where Wales dismantled the Springboks just seven months ago, and they will certainly look to repeat that performance. Bosch, Ismaiel, and Mapimpi will have to stand up to be counted!

We will have to wait and see who gels with whom.

Considering the lack of experience in both teams, together with the lack of established combinations, units, and partnerships, we can expect a game where miscommunication is likely to be a problem. Both teams will need to find each other out on the field of play.

I would hazard that we will see plenty of handling errors, strange decisions, and wrong options as the players in both teams look to find each other and gel into workable combinations.

Factors that will probably impact on the day include the end-of-season weariness of the Welsh, coupled to the loss of a psychological edge after all the league and tournament season finals and playoffs back home. In contrast, while all the Springboks will have had a long and hard Super Rugby series behind them, they will still retain something of the edge produced by being selected to play for their country. Of course, there will be the nervousness of debut rugby too!

At the end of the day, this game will revolve around which team wants it more.

Most of the pundits are giving the game to Wales, based on their having more experience at the top level, they have 113 more test caps on their roster. I am not sure that this amounts to much, but it will provide a slight edge.

I believe the young Springboks have a point to prove and will be the hungrier, and fresher, of the two teams.

I am going with the Springboks by 10.