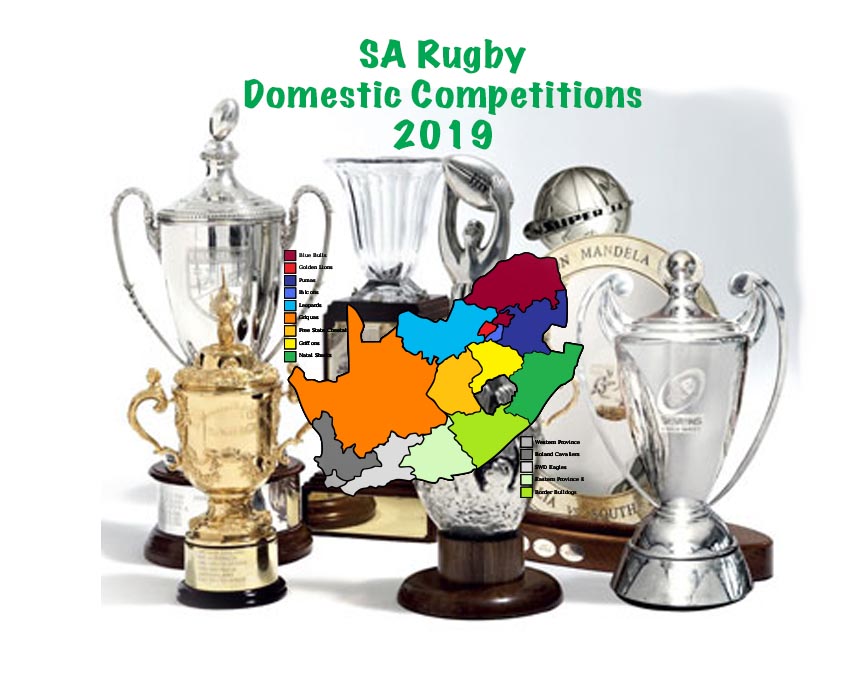 SA Rugby has announced the arrangements for the 2019 domestic rugby programme.

SA Rugby has confirmed that the Currie Cup has been moved to an earlier time slot in 2019, and will run from July to September.

The tournament will take place from 3 July to 7 September to ensure that it will not overlap with Vodacom Super Rugby, the Pro14 or World Cup.

Meanwhile, the Currie Cup First Division sees some changes as the Border Bulldogs drop out of the competition. The division will be bolstered by an Argentinean XV and Namibia, who will join SWD, Boland, the Griffons, Valke, Leopards and Eastern Province.

The Provincial Rugby Challenge will be split into two sections – North and South – with the top two teams from each section progressing to the semi-finals.

In the South Section, Zimbabwe, WP, the Boland Cavaliers, SWD Eagles, Eastern Province, the Sharks and Free State will battle it out.

The only major change in the junior competition structures will see the SA Rugby U19 competition being converted to a compact one-week tournament comprising 16 teams – the 14 provincial unions, Limpopo, and another team to be determined in due course – at a single venue.

In a new development, club players in their first year out of school will be eligible for selection, in line with the competition’s objective of unearthing new promising players who have not represented their provinces at school or junior provincial level.

The SA Rugby U20 and U21 Championships show slight changes – only six teams will play in the U21 competition (WP, Free State, the Blue Bulls, Golden Lions, Sharks and Leopards).

Eastern Province will take part in the U20 competition this year with the eight other teams – the Leopards, Griquas, Griffons, Valke, Pumas, Limpopo, SWD and Boland.