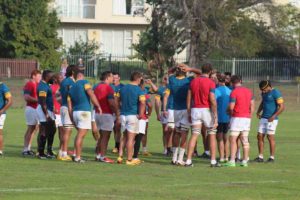 Eight Sharks have been added to Rassie Erasmus’ Springbok training squad as they continue with their preparations for next month’s Rugby Championships. Two have been sent home, both Stormers.

Players from the Lions will be added to the training squad once they have completed their Super Rugby commitments.

Meanwhile, Stormers players Cobus Wiese and John Schickerling have both been released from the training camp back to the Western Province Currie Cup team.

The Springbok coaching and conditioning staff are managing the workload of the national players after a strenuous Super Rugby campaign.