Home Super Rugby Squeezing The Life Out of It! 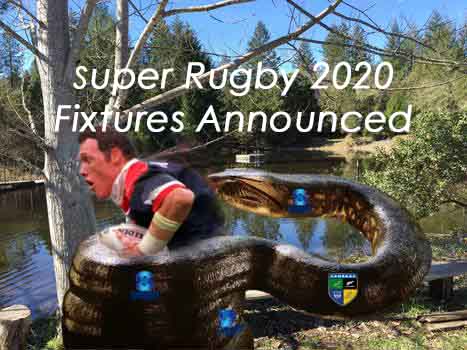 Squeezing The Life Out of It!

I am not sure how thick-headed and stupid a rugby administrator can get, but the announcement of the 2020 Super Rugby match schedule demonstrates that we have not seen the worst yet. They have reached the bottom of the pit, and started to dig, with yet more wildly obtuse thinking by the suits that run the southern hemisphere’s “premier” rugby competition.

Mere months ago Sanzaar finally acknowledged something that the rest of the world could see with absolute clarity. They accepted that their competition had grown turgid and unwieldy with far too much mediocre rugby played in far-flung and weird destinations, with hugely arduous travel requirements,  while including a number of teams that do not meet the required standards that would ensure worthwhile quality rugby.

Their response was to finally boot the artificially contrived foreign legion that is the Sunwolves from the competition. A move welcomed by most, if not all, the other participating franchises.

Of course, this being Sanzaar, an organisation not blessed with logical thinking, they immediately postponed the Sunwolves departure until after the 2020 season. Nobody knows why they took this decision, and Sanzaar are not telling.

With the Sunwolves officially destined to the scrapheap of rugby’s history, Sanzaar proceeded to draw up the fixture list for 2020.

Lo-and-Behold: the Sunwolves will no longer just play in Tokyo and Singapore with the odd game in Hing Kong, but they have two more home venues to add to the travel nightmares of visiting teams, games are now also scheduled at Hanazono Stadium, Osaka and at the Level Five Stadium, Fukuoka.

And that is not the only oddity to the 2020 Fixture list.

Sanzaar are really putting the squeeze on as they continue their efforts to suffocate all other rugby competitions across the southern hemisphere, whilst adding yet more to the workload borne by the players.

In 2020, Super Rugby will kick off a full three weeks earlier than ever before, with the competition starting on the last day of January in 2020.

Has rugby become a summer sport, to be played in 30+°C in South Africa and Australia?

What of player welfare?

When do the players get a chance to recover from the rigors of 2019? Have they missed the news that there is a Rugby World Cup that only ends in November 2019?

Surely, surely a professional rugby player needs at the very least a full month off for his body to rest and recuperate, before he even begins light training for another month or so, and then only to get into more serious training?

Not according to Sanzaar!

The players must be fully match fit and battle hardened by the end of January.

There is something very very wrong with the thinking that takes place in the boardroom at Sanzaar. (That is if they are thinking about anything other than their salary packages and where their next suit should be tailored!)

The 2020 tournament will kick-off with two derbies on Friday 31stJanuary. The Blues will host the Chiefs at Eden Park in Auckland while later the same evening the Brumbies will host the Reds at GIO Stadium in Canberra.

Sanzaar’s strangeness continues: For the first time in its history, Super Rugby will not stop for the June Test window and instead run uninterrupted, with the inbound Tests shifted to July for Australia, New Zealand, South Africa, Argentina and Japan.

In a statement that beggars belief Super Rugby CEO, Andy Marinos said: “Super Rugby remains one of rugby’s premier tournaments and features many of the best teams and players in the world.”

Somebody should remind him of the empty stadiums and the plummeting television viewership across the world. Someone should remind him that the fans have lost interest in the mediocrity that Super Rugby serves up.

He went on to say: “The unique nature of this tournament, that covers a geographical spread across Argentina, Asia, Australia, New Zealand and South Africa, not only reinforces its global reach but the fact that it remains the toughest tournament in the world.”

It is a REGIONAL competition Andy – Global Domination is something best left to the dreams of petty dictators and the scriptwriters for Marvel’s movies in Hollywood.

His final statement goes even further in suggesting that he, and Sanzaar, have lost complete touch with reality: “With the majority of our players benefitting from a longer than usual off-season due to RWC 2019, we expect the teams to deliver another compelling tournament across its 120 matches.”

Someone needs to remind him that Argentina, Australia, New Zealand, and South Africa are all participating at the World Cup, and have playing squads of 31 and at home reserves numbering between 10 and 15 staying fit and ready in case of a call-up, players who almost all participate in Super Rugby – that is about 160 players who are not benefitting from a “longer than usual off-season.”

Sanzaar and Super Rugby are squeezing the life out of southern hemisphere rugby.